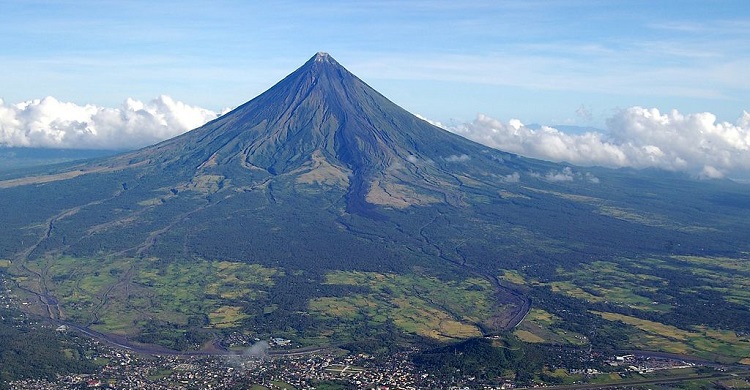 Mt. Mayon in the Philippines by Dexbaldon [CC BY-SA 4.0], via Wikimedia Commons

Cebu, Phillippines - 22 February 2018 -  The 2nd Philippine Environment Summit is a celebration of the Philippine environmental movementshowcasing programmes and projects that contribute to social and economic advancement, while taking into account the need to protect the environment.

Department of Environment and Natural Resources Secretary Roy Cimatu, the Chair and CEO of the Energy Development Corporation, Federico Lopez and former US Vice-President Al Gore, who provided a video address.  The subject of Mr. Chambers’ address was “Migratory Species and Climate Change”.

As well as providing an overview of the impacts of climate change on migratory species and the activities and policies developed under the Convention, Mr Chambers also described the development of a climate-resilient network for the East Asian-Australasian Flyway, of which the Philippines forms part.

Climate change is having an impact on species worldwide – depriving animals of vital habitat – as we see with the Polar Bear and Narwhal, causing a collapse of the food chain and in the case of marine turtles altering sex ratios.   All taxa are affected – land and sea mammals, fish, reptiles and birds.  Acidification of the oceans, increase in water temperature and greater frequency and strength of storms are leading to a crisis for coral reefs which provide a habitat for so many species and are the nurseries of the seas, playing a vital role in food production.

The Philippines is one of seven Parties to CMS within the Oceania region and is also a signatory to the Memoranda of Understanding on migratory sharks and marine turtles of the Indian Ocean, Dugongs and South-East Asia.  In October last year, the Philippines was host to the 12th Conference of the Parties to CMS, the first time that the COP had been held in Asia.  While in the region, Mr. Chambers is taking the opportunity of promoting membership of CMS with visits planned to Cambodia and Vietnam.