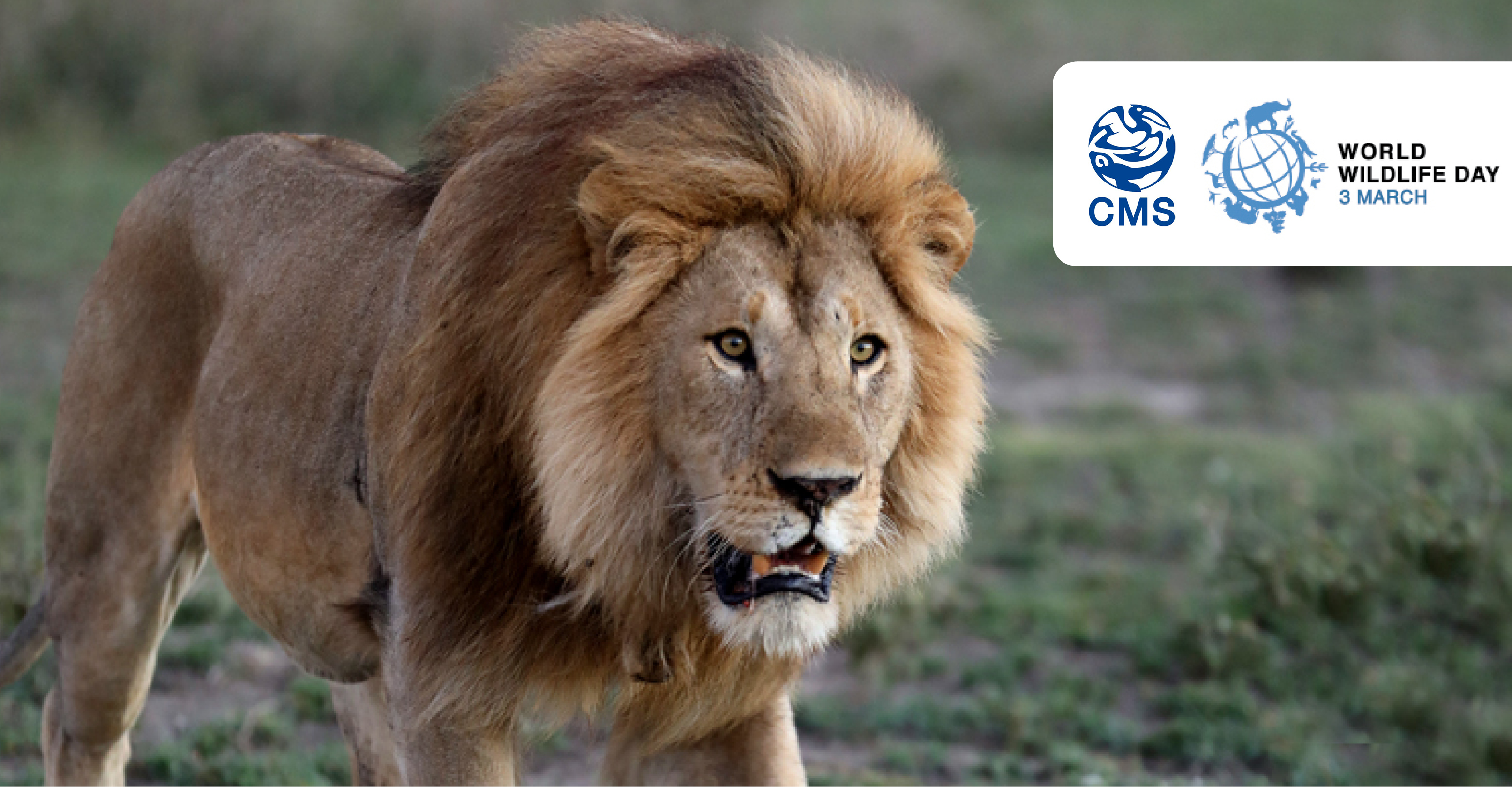 Bonn, 20 February 2018 – The theme for next month’s World Wildlife Day being celebrated around the world on 3 March will be “Big Cats: Predators under Threat”.   World Wildlife Day, led by the Convention on International Trade in Endangered Species of Wild Fauna and Flora (CITES), brings together a coalition of conservation organizations – joined this year for the first time by African Parks, Panthera and the World Association of Zoos and Aquariums. The campaign will stress the importance of actions – at the international, national and personal level – to ensure that big cat species survive in the face of a range of largely human-induced threats.

Symbols of power, majesty and physical prowess, big cats – Lions, Tigers, Leopards and Jaguars as well as their smaller cousins such as Cheetahs, Snow Leopards and Pumas, are facing many different threats, most of which are caused by human activities from habitat loss, poaching, human-wildlife conflict and climate change.  The statistics are alarming – the world lost over 90 per cent of its Tigers in the 20th century while Lion populations have fallen by two-fifths in just 20 years.

“Big cats are a precious part of our natural heritage and we must do our utmost to protect these magnificent and charismatic creatures.  They play a vital role in their environment as top predators and in many countries, they are a mainstay of wildlife tourism.  It is horrifying that they are suffering such massive drops in numbers and I hope that the joint CMS/CITES African Carnivore Initiative will soon help turn things round.”

Many big cats cross international borders, and are as a consequence eligible for inclusion on the Appendices of CMS. The Snow Leopard (Uncia uncia) found in the mountains of Central Asia has been listed on Appendix I of CMS since the first meeting of the Conference of the Parties (COP1) in 1985; the Cheetah (Acinonyx jubatus) was added to Appendix I at COP9 in 2008 and the Lion (Panthera leo) and the Leopard (Panthera pardus) were added to Appendix II at last year’s COP12 in Manila.  All species of “Big Cat” receive protection under the Convention on International Trade in Endangered Species of Wild Fauna and Flora (CITES), because of the potential impact on their conservation status of international trade.

The Asiatic Cheetah and the Snow Leopard are covered by the Central Asian Mammals Initiative, adopted along with its associated work programme by CMS Parties at COP11 in 2014 through Resolution 11.24.  The Government of Kyrgyzstan has taken the lead in coordinating conservation efforts on behalf of the Snow Leopard, hosting a summit in August last year, attended by all twelve Range States resulting in the “Bishkek Declaration”.  In May 2016, Uganda hosted a Joint CMS/CITES meeting of African Lion Range States, bringing together representatives of 28 governments and leading to an historic agreement on how best to secure the species’ survival.  A key output of that meeting was the Entebbe Communiqué.

A series of Decisions adopted by Parties at COP12 (Decisions 12.55 to 12.60) established the African Carnivores Initiative, aiming to implement CMS and CITES Resolutions and Decisions relating to the Lion, the Cheetah and the Leopard as well as the African Wild Dog (Lycaon pictus). The initiative will be implemented together with CITES on the basis of the CMS-CITES Joint Work Programme.

The origins of UN World Wildlife Day go back to the 68th session of the United Nations General Assembly (UNGA) in 2013 which proclaimed 3 March as the global day upon which to celebrate and raise awareness of the world’s wild animals and plants. The reason for choosing 3 March is that it marks the day when CITES was signed in 1973.  The UNGA resolution also designated the CITES Secretariat as the facilitator for the global observance of this special day for wildlife.