What is the CounterMEASURE II project?

The Promotion of Action against Marine Plastic Litter in Asia and the Pacific (CounterMEASURE II) is a USD 5.7-million project funded by the Government of Japan. The project aims to generate, share and disseminate scientific knowledge on plastic pollution in the Mekong, Ganges and selected rivers in Sri Lanka and Myanmar to inform policy and decision-making processes at the local, national, regional and global level.

The United Nations Environment Programme (UNEP) Regional Office for Asia and the Pacific is the implementing agency of the project. In partnership with the UNEP Regional Office, the CMS Secretariat will implement activities under the Migratory Species Focal Area of the project. The activities will help generate new scientific knowledge on the impact of plastic pollution on migratory species in the Mekong and Ganges River Basins.

Although much research on plastic pollution has focused on the marine environment, it is known that the majority of plastics is used and disposed of on land and both terrestrial and freshwater ecosystems are also subject to plastic pollution[1]. Jambeck et al. (2015)[2] estimated that annually between 4.8 million and 12.7 million tons of land-based plastic waste ends up in the ocean, and rivers carry 1.15 million to 2.41 million tons of plastic waste to the ocean. A recent estimate also indicates that at least 14m tonnes of plastic pieces less than 5mm wide reside on the sea floor[3]. However, little is known about the impact of plastic pollution on wildlife in terrestrial and freshwater ecosystems.

What are the impacts of plastics on migratory species?

Plastic causes the deaths of more than a million seabirds and of more than 100,000 marine mammals[4] every year. The impact of plastics on wildlife can be categorized into two types: entanglement and ingestion. 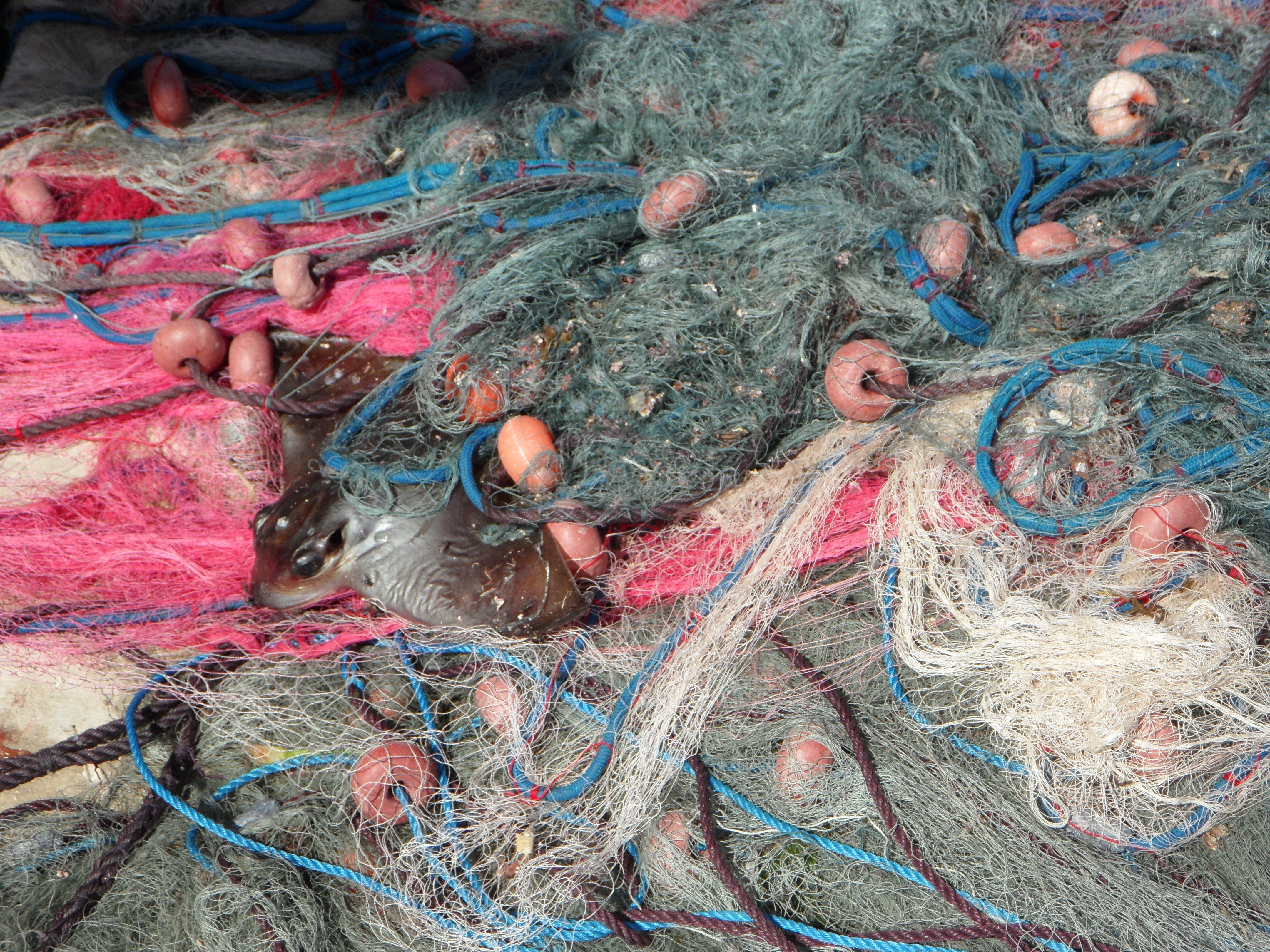 Entanglement with plastic items such as fishing nets can cause injuries, strangulation, reduction of feeding efficiency and drowning.

Ghost fishing gear refers to equipment used in fisheries that has been discarded, lost, or abandoned. 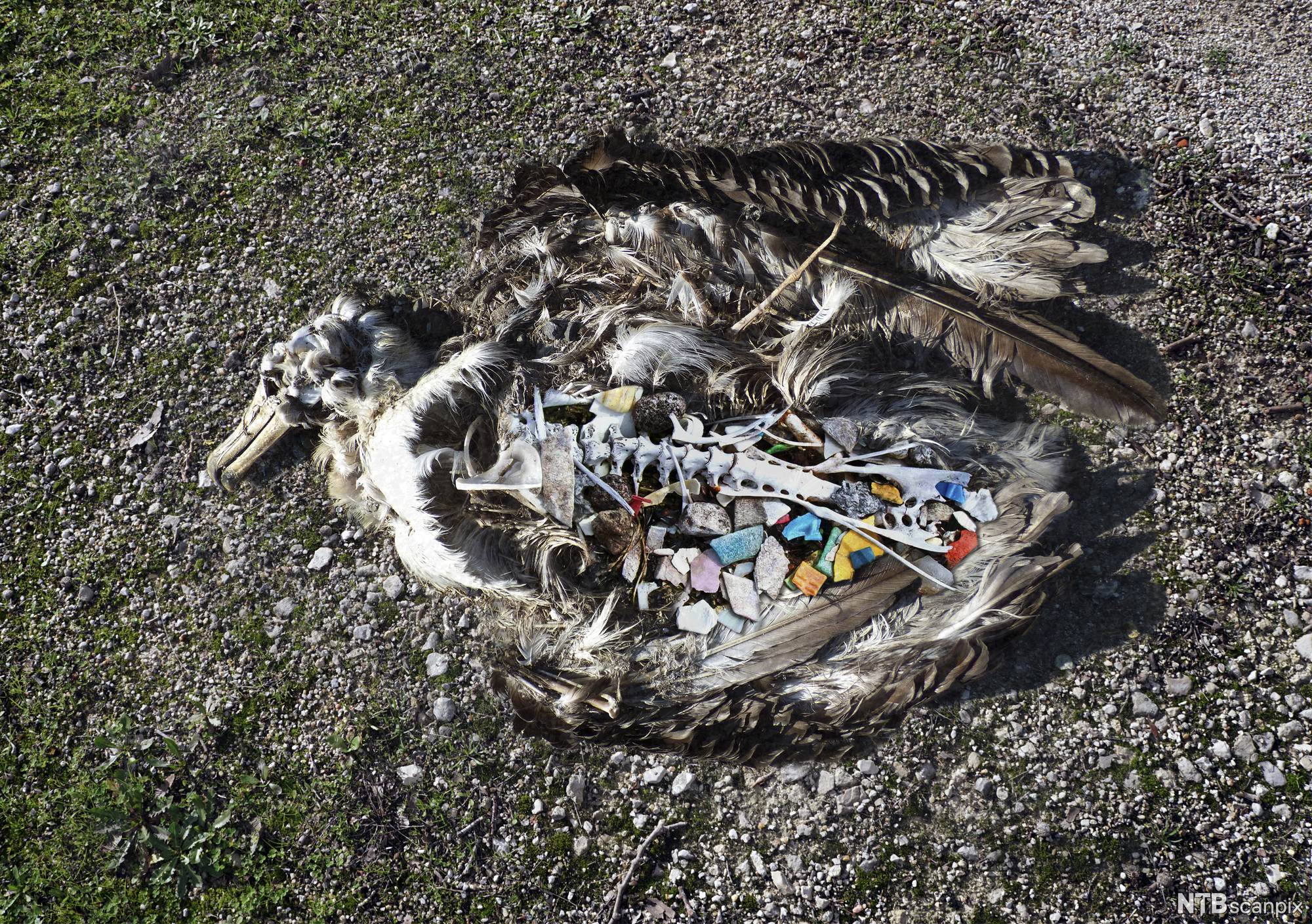 Ingestion of plastics is observed in many migratory aquatic life, birds, freshwater fish and terrestrial animals. Plastic ingestion is expected to have both adverse physical and chemical impacts on the species.

Physical impact: Plastics can cause injuries and blockages to the digestive system, reduce digestive capacity and thereby hinder growth. These effects may result in the death of the animal. In addition, some recent studies suggest that nanoplastics could cause the disruption of cellular metabolism processes[5].

Chemical impact: Plastics can transfer pollutants to wildlife such as persistent organic pollutants (POPs) and heavy metals such as mercury and cadmium. 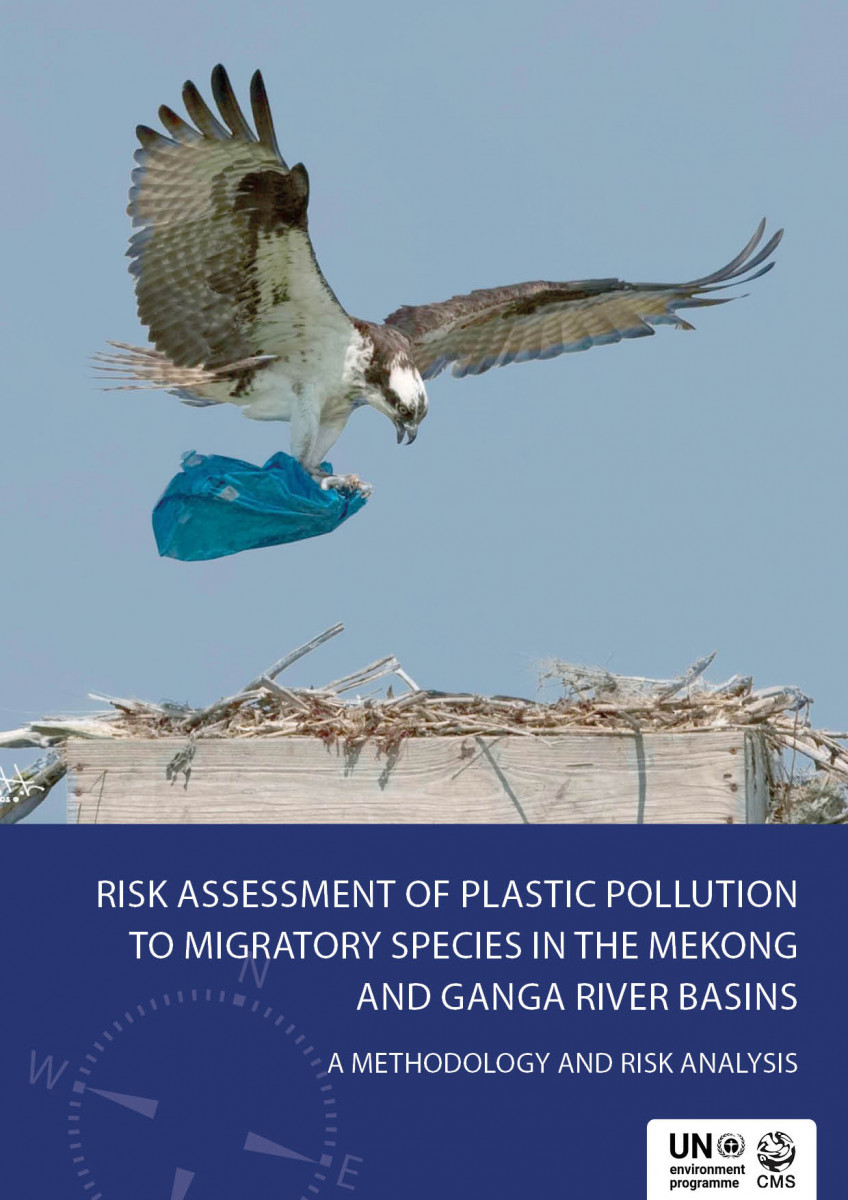 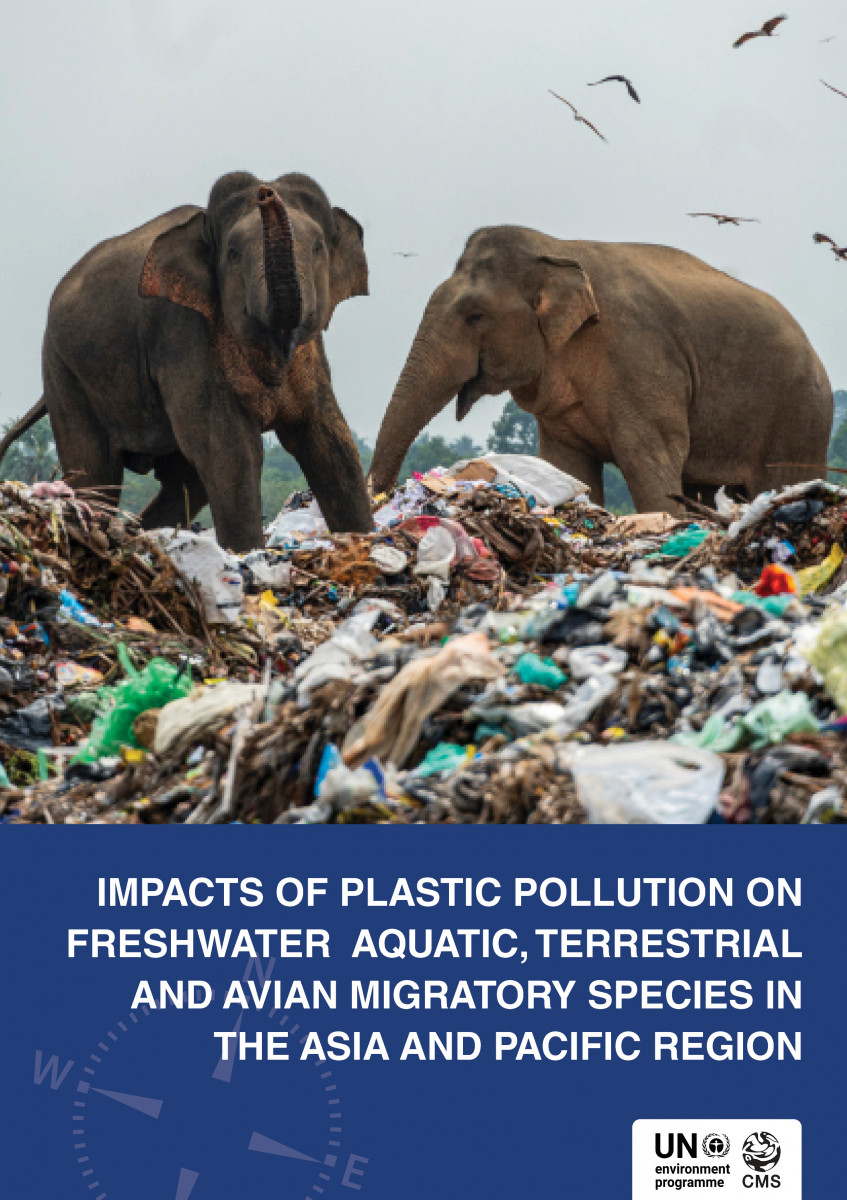 How does the project support the implementation of the Convention?

The project will support the implementation of Resolution 12.20 Management of Marine Debris and Decisions 13.122 to 13.125 Impacts of Plastic Pollution on Aquatic, Terrestrial and Avian Species by generating new knowledge on the impact of plastics on migratory species occurring in terrestrial and freshwater ecosystems.

Under the CounterMEASURE II project, the CMS Secretariat will:

Which migratory species occur in the Mekong River Basin? 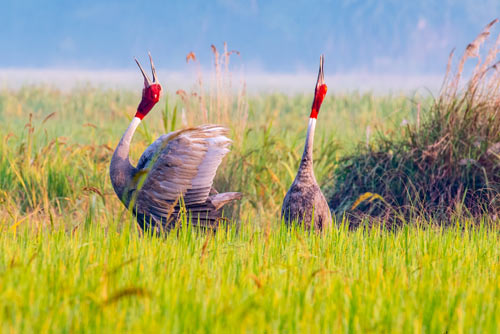 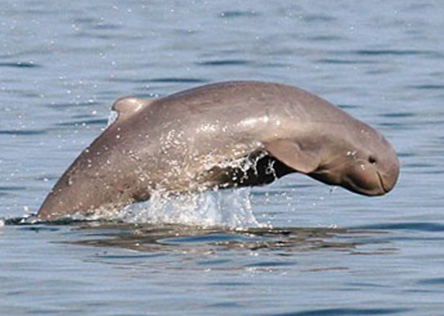 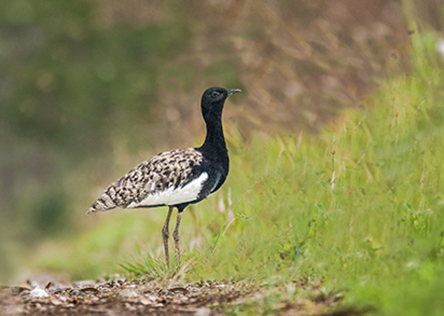 Of note is the Basin’s freshwater fish diversity. To date, 768 freshwater fish species are scientifically documented in the Mekong River. For 24 per cent of the species, their migration status is known and of those species, 87 per cent are migratory species[6].

The fish migration in the Tonle Sap River in Cambodia is one of the largest migratory movements in the world in terms of the sheer number of fish involved. Based on the catch information from the Dai fishery, about 12,000 tonnes of fish are estimated to migrate from the lake down the Tonle Sap River each dry season[7].

Which migratory species occur in the Ganges River Basin? 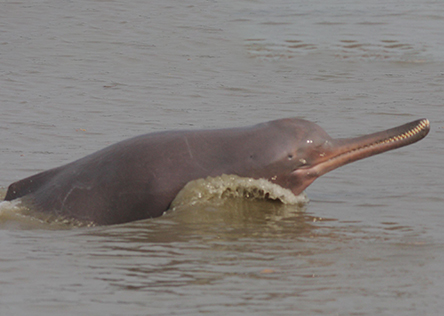 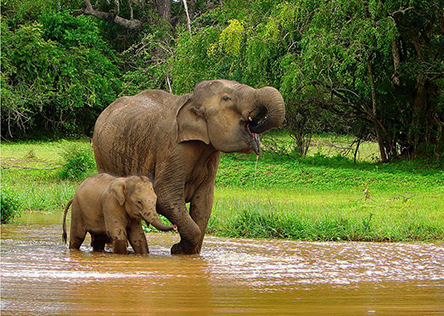 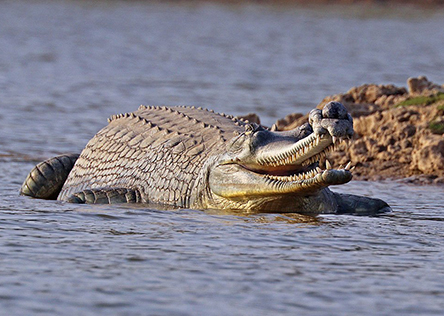 The Ganges River Basin is also an important ecosystem for many migratory species listed on the CMS appendices including: the Ganges River Dolphin (Platanista gangetica gangetica), the Gharial (Gavialis gangeticus) and the Asian Elephant (Elephas maximus indicus).

With the generous funding from the Government of Japan and the support of the implementing partners - National Oceanography Center, Commonwealth Scientific and Industrial Research Organization and the Mekong River Commission

References in this page: