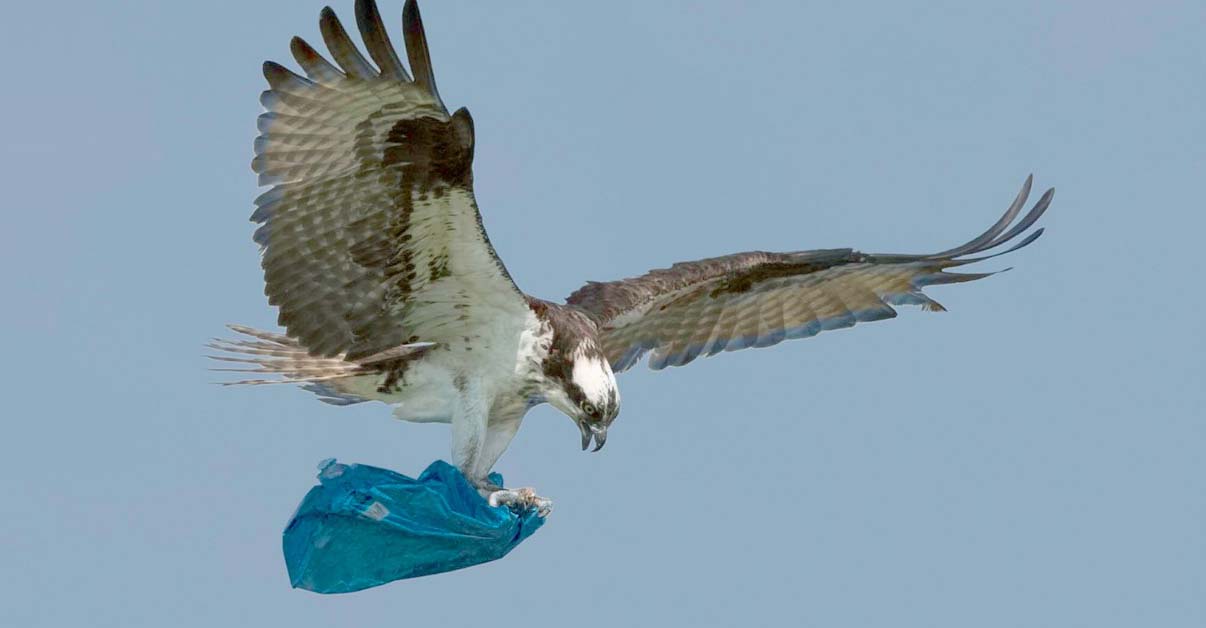 Bonn/Nairobi, 1 March 2022 - A new report on plastic pollution and migratory species was launched today during the fifth session of the United Nations Environment Assembly (UNEA5) in Nairobi. The report, “Risk assessment of plastic pollution to migratory species in the Mekong and Ganga River Basins”, was prepared under the UN’s Convention on the Conservation of Migratory Species of Wild Animals (CMS).

CMS Executive Secretary Amy Fraenkel said: This study confirms that plastic pollution is adversely impacting migratory species in freshwater and terrestrial settings. It provides an important tool to assess potential risk on such species that can be used globally.”

Together, the Ganges and Mekong Rivers contribute an estimated 200,000 tons of plastic pollution to the Indian Ocean and the Pacific Ocean every year.

Air-breathing freshwater mammals are particularly at risk from plastic pollution. Entanglement in plastic can prevent them from reaching the surface, leading to drowning.

The Mekong Catfish is considered a flagship species for the conservation of the lower Mekong ecosystem. It is long-lived, matures late, and is a long-distance migrant. This makes it even more vulnerable to human disturbances such as plastics and dams.

Ganges: The Ganges River Dolphin is at high risk of entanglement in fishing lines, especially in gillnets. Ingestion of microplastic is an additional threat. The Gharial, a crocodile species, is likely to become entangled in fishing nets where fisheries overlap with its habitat. It is Critically Endangered.

Raptors assessed to be at the highest risk among birds

With nearly 500 species - birds represent over 80 per cent of the CMS-listed species in the Asia-Pacific region - there is significant evidence for bird interaction with plastics.

Migratory birds have been observed making nests out of plastics, using fishing lines and shipping debris, often resulting in the entanglement of their chicks.

Two raptor species assessed are found to be particularly impacted: In the Ganges, the Greater Spotted Eagle is threatened and may die from ingesting litter and by entanglement.

In the Mekong, the Eastern Imperial Eagle may suffer lethal injuries upon ingestion and entanglement in plastic.

Waterbirds such as the Greylag Goose, Common Shelduck, Gadwall, Northern Pintail, Common Teal, Red-crested Pochard and Tufted Duck may interact with plastic in the environment. In some cases, waterbirds ingested plastics including microplastic.

Among terrestrial species, Asian Elephants have been observed ingesting plastic while raiding dump sites for food. The impacts of ingestion by elephants, however, largely remain unknown.

The report was developed as part of the  CounterMEASURE-II project, in collaboration between the CMS Secretariat and the UN Environment Programme, and prepared by the Commonwealth Scientific and Industrial Research Organization (CSIRO).

Link to the Report:

An environmental treaty of the United Nations, the Convention on the Conservation of Migratory Species of Wild Animals (CMS) provides a global platform for the conservation and sustainable use of migratory animals and their habitats.
www.cms.int