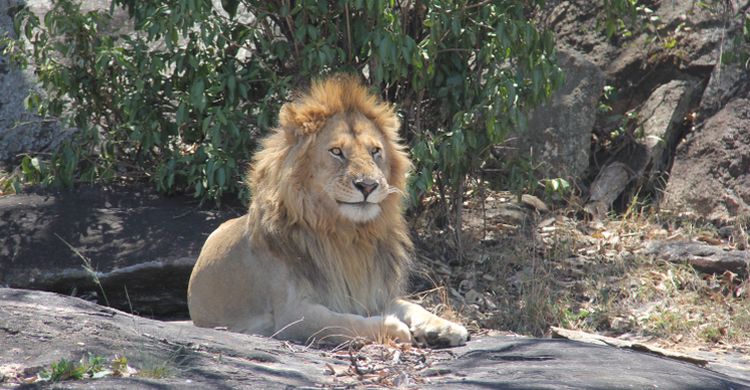 Bonn, 3 March 2016 - A report reviewing lion conservation strategies and prepared for the Convention on Migratory Species has just been published.

The Secretariat commissioned Hans Bauer and others to compile the review as part of the follow-up actions to Resolution 11.32 on the conservation and management of the African lion put forward by Kenya at the CMS COP in Quito in 2014.

The resolution called upon CMS Parties that are Range States of the African lion to review the outcome of a process initiated by the IUCN following the CITES COP in 2004, where proposals to list the species on Appendix I had been put forward were ultimately withdrawn.  The IUCN drafted two strategies published in 2006 – one for the lion in Eastern and Southern Africa, and the other covering West and Central Africa.  CMS Parties are asked to review these strategies in the light of developments since 2006 and taking into account the 2015 IUCN assessments.

While in southern Africa and India, lion populations were estimated to have risen by 12 per cent over the last 21 years (three generations), West, Central and East Africa had seen declines of 60 per cent over the same period.  The losses could be primarily attributed to deliberate killing of lions to protect livestock, habitat loss and depletion of prey.

Bauer and his fellow authors found that the 2006 Strategies were still valid and the six threats identified then were still present: inappropriate management of lion populations, habitat degradation and loss, human/wildlife conflict, adverse socio-economic factors, unfavourable political factors and institutional weaknesses.  To these should now be added a seventh – increasing trade both legal and illegal in lion parts for traditional medicine.

In order to achieve the goal of conserving African lion populations, the Strategies identified six objectives each aiming to address the corresponding threat. A seventh objective, to minimize trade in lion bones and body parts, should be considered in future.

The CMS Secretariat circulated a questionnaire to all CMS Parties that are Range States of the African lion and ten replies were received, indicating that six of the countries had a national conservation plan in place for lions, eight were aware of the IUCN Strategies and five considered them to be important in developing national plans.

The analysis of the implementation of the Strategies showed rather mixed results.  Application of the Strategies had been fragmented and partial, and while there were local successes and the efforts made had probably helped to arrest the decline in lion numbers if not halt and reverse it, the overall objectives had not been met.  Some smaller-scale projects had bene executed to address human/wildlife conflict but they were not part of an overall framework to implement the Strategies.  In short, on paper the Strategies were fine, but in practice, they left a great deal to be desired.

The report, Review of Lion Conservation Strategies (H Bauer et al), can be read here.  There is also a French version.