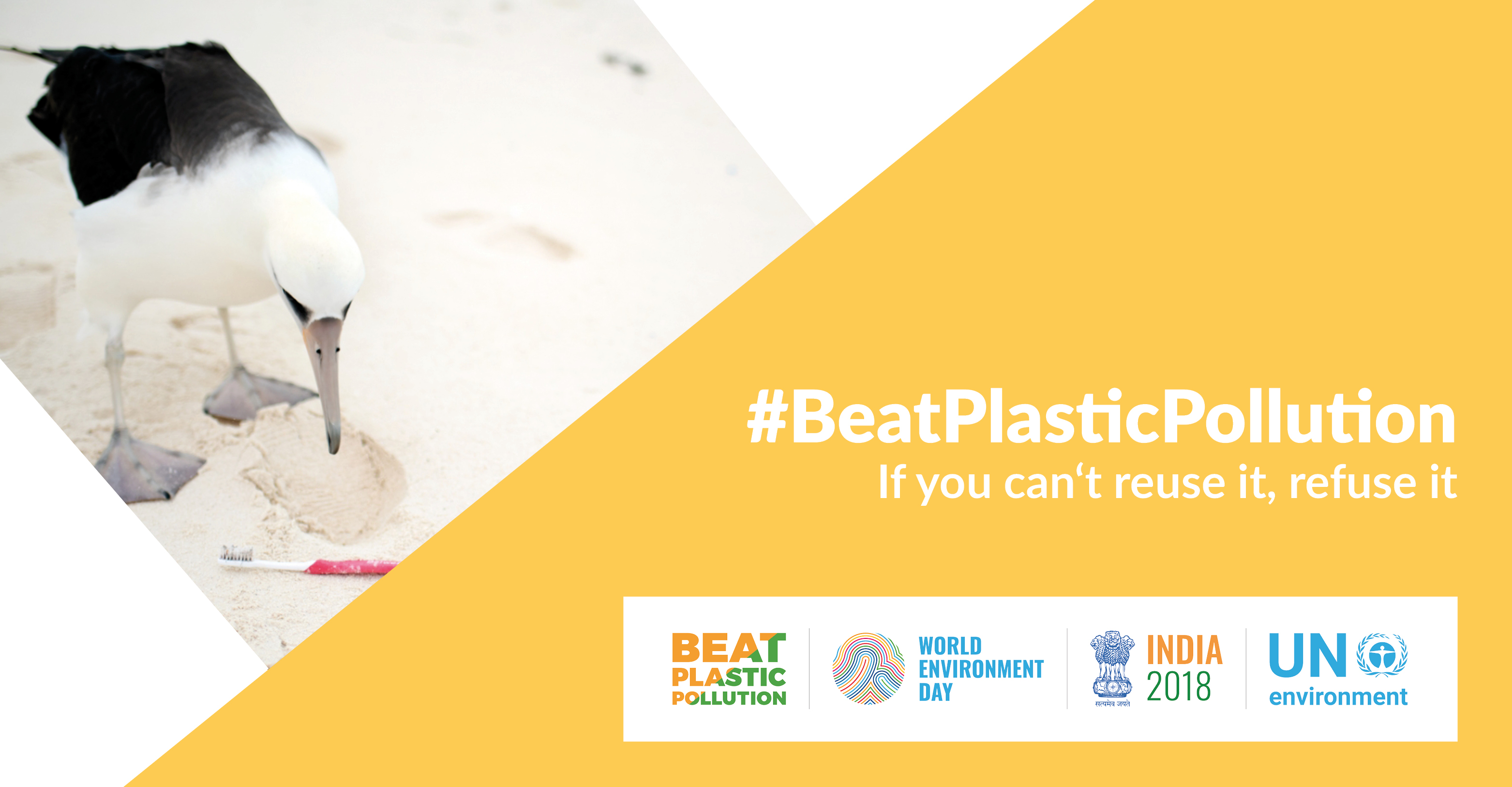 Thanks to the wonders of modern industrial technology we are now producing 20 times as much plastic as we were doing in 1964. If the current trend continues, output will double in 20 years and double again by 2050.

Our hunger for the convenience of plastic products is insatiable. Buy it, use it, throw it away, buy another one -- drinks come in plastic bottles with plastic drinking straws; food comes wrapped in cling film; fast food is served in polystyrene containers with plastic cutlery. No need to wash up; just throw it away. Sorted. If only that were true.

Modern society has become addicted to plastic and it is high time that we started to wean ourselves off. A start would be to devise proper schemes to manage plastic -- alternatives to burying it, burning it or dumping it in rivers to be carried out to sea. The patch of accumulated plastic floating around the Pacific gyre now dwarfs the area of countries as large as Myanmar or France. And every minute the equivalent of a lorry-load of plastic is added to the mess. Even the Arctic is not immune with plastic being found in record quantities there too.

All of the plastic that ends up in our oceans originates from land; nine-tenths of it is carried into the sea along 10 rivers -- eight of them are in Asia, including the Ganges, the Yangtze, the Yellow, the Pearl and the Mekong.

Plastic debris is unsightly and the authorities of seaside resorts organise clean-ups to make sure that the beaches are in a fit state for tourists. But as well as being offensive to the eye, plastic waste is posing a serious threat to our already embattled wildlife.

Six pack yokes -- the six connected plastic rings used to hold beer cans together -- drinking straws, cotton buds, shopping bags, plastic fishing nets all pose a danger to animals that either become entangled in them, are impaled by them or eat them -- turtles in particular eat plastic bags because they resemble jellyfish which are their normal prey.

Recently, a Cuvier's Beaked Whale found off Norway was discovered to have 30 plastic bags in its stomach. A Sperm Whale washed ashore in Spain had 64 pounds (29 kilos) of plastic inside it. Albatrosses also feed their chicks with bottle tops, again mistaking the colourful morsels for food -- leading to a slow and painful death for the young birds, whose intestines become blocked.

This is all very sad for the individual animals affected and potentially disastrous for rare species, already battling with habitat loss, prey depletion, over-exploitation and a series of other, mainly man-made, threats. But as plastics enter the food chain, there are likely to be direct effects for people too, because the planet's premier predators are humans. Eventually, the plastic from the discarded wrapper may end up in the fish on our dinner plate.

CMS, the UN body charged with ensuring the survival of the world's endangered migratory animals, has long taken the threat of plastic pollution seriously. We were pleased to offer a platform to the innovative and enterprising young Dutchman, Boyan Slat, at our conference in Quito in 2014, to expound his ideas for cleaning up our seas.

Just last year at our conference in Manila, the representatives of our 120-plus member-countries adopted a set of measures on the management of marine debris, highlighting the dangers of ingesting and entanglement in plastic and the possible role of microplastics as vehicles for spreading toxins and pathogens. The Resolution recognises that dedicated bodies such as UN Environment, the International Maritime Organisation, the UN Regional Seas Programmes, the Food and Agriculture Organisation, among others, are on the case. It also recognises the importance of education campaigns and enlisting the support of industry and the general public alike, to change perceptions and gain acceptance of the need to phase out single-use plastics and introduce effective recycling programmes.

Some countries are acting: Kenya has introduced a total ban on plastic bags, while in the UK the leading supermarket chains have made a pledge to reduce plastic packaging. And just last month, the European Union announced that it was joining the fray by prohibiting a range of plastic products for which greener alternatives exist.

Ocean Conservancy Joins The Fight Against Plastic Waste With A Pledge To Quit The Cutlery Campaign
My daughter and I paddled 22 miles, picking up plastic. Here’s what we found
Plastic to be phased out at major American aquariums