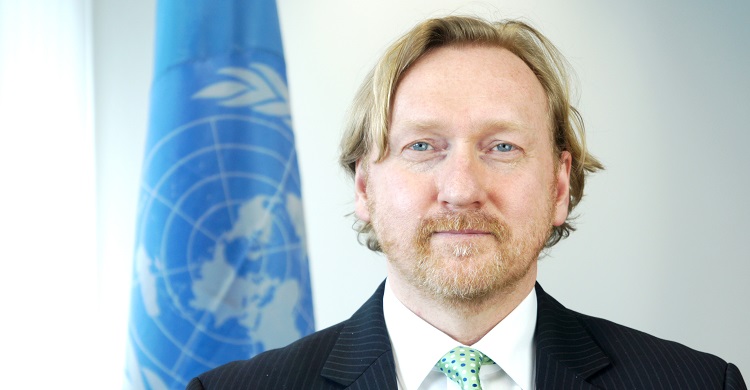 There is nothing more Canadian than nature. It pulses through our veins and it has been part of our identity since the founding of Canada 150 years ago. It defines our history and will define our future. This is why it is such an honour for Canada to host World Environment Day 2017 with its theme “Connecting People with Nature”.

There is no need to remind Canadians why it is important to connect with nature. We do so every day of our lives, but for others it might be easy to forget their roots and their dependence on nature. In the hustle and bustle of our daily lives, we lose sight of the critical role that nature plays and that our own survival is dependent on it.

This is a message that we at the UN have been trying to entrench as a value around the world and is the reason why the UN marks every 5 June as the day to remember how necessary a clean environment is for own health and wellbeing.  This message is gaining momentum every single day and is one that we must repeat again and again until it becomes a core value of every society.

At UN Environment’s Convention on Migratory Species, we try to make people aware of the fact that they share the fate of the animals that we protect. We are a global convention responsible for any type of wild animal that moves across international boundaries from big cats or Blue Whales to any one of the hundreds of species under the treaty.

One of the most effective ways in which we connect people with the species protected under the Convention is by explaining the role the animals play in various aspects of our lives – cultural, social and economic.

Wild animals are often at the heart of ecotourism operations and generate huge amounts of foreign exchange revenues and employment, making sizeable contributions to the economies of developing countries.

Wild animals also contribute to food security.  Canadian Inuit depend on them as a source of protein.  Forty per cent of agricultural crops depend on natural pollinators (birds, insects and bats), and animals help disperse seeds and rejuvenate forests by pruning foliage (elephants and gorillas).  Apex predators (e.g. sharks) regulate the populations of their prey, and birds and bats are natural pest-control agents and reduce farmers’ dependence on chemicals by, eating harmful insects that destroy crops.

Human health is also safeguarded through the ecosystem services provided by animals – vultures by picking clean the carcasses of carrion help reduce the spread of diseases such as anthrax and rabies.  Insectivorous birds and bats also eat the mosquitoes that spread malaria, zika and dengue fever.

Governments now understand the message that conserving migratory species contributes to achieving the Sustainable Development Goals (SDGs) agreed by the United Nations in 2015. This is the theme adopted for the CMS Conference of Parties (COP12), a triennial global wildlife meeting, which will convene in Manila, the Philippines in October this year.

CMS is the only agreement where countries can negotiate the measures needed to protect migratory species, which by their very nature are part of our common natural heritage, with many countries responsible for ensuring the animals’ survival.  Governments’ confidence in the Convention is growing – with membership now 124 Parties and spreading beyond Europe and Africa into Asia and the Americas.  Another yardstick illustrating how the Convention is making its mark is that this year countries from five continents have made proposals to add further mammal, bird and fish species for protection through listing on the Convention’s Appendices.

Still missing from the membership list, though, is Canada, a country that takes its environmental responsibilities seriously and has responded to growing threats to its wildlife by recently adding nine species to its “at-risk” list.  The nine include species covered by the Convention – the Narwhal, the Beluga and the Loggerhead Turtle.  Canada also has a long record of cooperating with its neighbours through bilateral and trilateral agreements with the USA and Mexico, so the concept of shared responsibility and the need for cooperation are recognized.  But in many cases the animals’ migration is not confined to North America, and with its global remit, the Convention could serve as a platform for Canada to enhance its international conservation efforts in Latin American and the Caribbean.

With its prominent role in this year’s World Environment Day, Canada might seize the opportunity of looking again at the possibility of joining CMS.  I should be delighted to greet the Canadian representatives as fully-fledged delegates rather than observers in Manila in October.

A native of Haliburton, Ontario, Dr. Bradnee Chambers is the Executive Secretary of the Convention on the Conservation of Migratory Species of Wild Animals