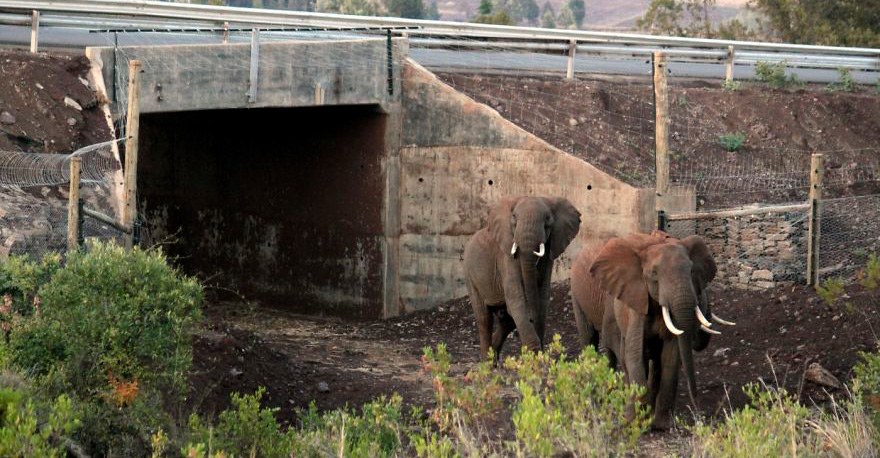 Bonn, 24 August 2022 – Migratory wild animals need to move freely across their habitats in order to survive but are increasingly hindered by linear infrastructure on their migration routes. Elephants, Leopards and Mongolian gazelles are examples of animals that cover large distances in order to feed, find water, breed, or escape unfavorable weather conditions. The highly mobile Mongolian gazelles have adapted to the continental climate of Mongolia by moving hundreds of kilometers to avoid deep snow and cold in winter and drought conditions in summer. In 2016, a die-off event was reported to the Secretariat of the Convention on the Conservation of Migratory Species of Wild Animals (CMS) in which thousands of Mongolian gazelles died unable to leave an area with deep snow cover because of a fenced railway in their way. This report illustrates how infrastructure, such as fences, roads and pipelines, can form obstacles on migratory routes. While trying to cross such barriers, wild animals can suffer fatal injuries. As a consequence, vital animal movements can be disrupted or stopped completely, unless appropriate mitigation measures are put in place.

The loss of ecological connectivity – the unimpeded movement of species and the flow of natural processes that sustain life on Earth – not only prevents animals from fulfilling their nutritional or reproductive needs and reduces population sizes, but can also lead to genetic isolation, leaving smaller populations more vulnerable and prone to local extinction.

CMS Executive Secretary Amy Fraenkel said: “The issue of linear infrastructure is an extremely important issue for CMS. While investments and improvements in linear infrastructure are vital for improving the standard of living for people around the world, they cannot come at the expense of nature, including migratory species. Millions of kilometres of new roads are projected to be developed by 2050, with at least a 60 per cent increase from 2010. Significant growth is also expected in rail.  These and other planned infrastructure can have major impacts on habitat loss and fragmentation, and can interrupt the movement and cause mortality of migratory species.”

Following a decision of the 13th meeting of the Conference of the Parties (COP13, Gandhinagar, India, 2020), a multi-stakeholder Intersessional Working Group was established under the CMS Scientific Council to address the impact of infrastructure on migratory species and their habitats.

The CMS Intersessional Working Group met from 27 June to 1 July on the Isle of Vilm, Germany, with the aim of preparing recommendations on how to ensure the movements of migratory species are preserved despite rapid infrastructure development.

The meeting brought together experts and representatives from environmental and infrastructure-related institutions of CMS Parties in Africa, Asia, Latin America and Europe, international financial institutions, scientific and impact assessment communities, and NGOs. The meeting of the IWG was co-organized by the CMS Secretariat and the host, the Federal Agency for Nature Conservation (BfN) of Germany, with funds provided by the Federal Ministry for the Environment, Nature Conservation, Nuclear Safety and Consumer Protection of Germany. 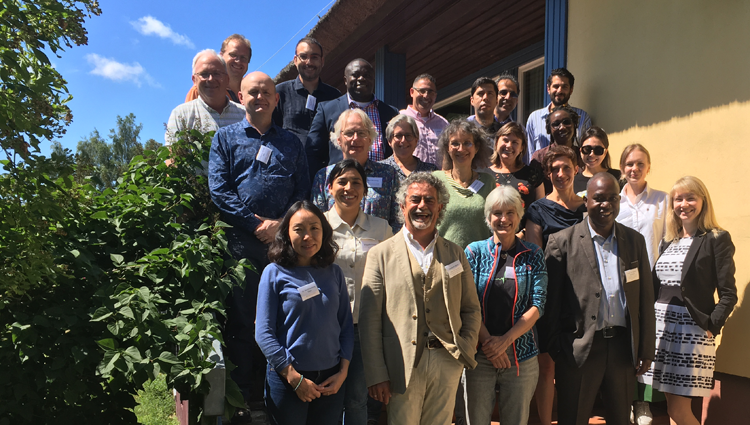 Participants of the CMS Intersessional Working Group met from 27 June to 1 July on the Isle of Vilm, Germany

The CMS Secretariat compiled the existing regional and species-specific guidance materials for avoiding and mitigating the impacts of linear infrastructure into a report and introduced these materials to the IWG at the meeting.

Chaired by Dr. Fernando Spina, CMS Councilor on Connectivity and Ecological Networks, the IWG discussed three main topics: the availability and accessibility of data on migratory species’ movements and habitats and existing and planned infrastructure; the international and national governance structures for the application of standards and guidelines for migratory species in infrastructure development; and the lessons learned from the application of the Guidelines for Addressing the Impact of Linear Infrastructure on Large Migratory Mammals in Central Asia.

The Parties to CMS, at COP13, adopted Decisions 13.130-13.134 to address the impact of infrastructure on migratory species and their habitats. In accordance with Decision 13.131, the CMS Scientific Council Sessional Committee established a multi-stakeholder Intersessional Working Group (IWG) composed of stakeholders with experience and knowledge on the impact of linear infrastructure development on migratory species and options for mitigation. Decision 13.133 requests the CMS Secretariat to organize at least one meeting of the Working Group to implement the Terms of Reference of the IWG as given by the Scientific Council in UNEP/CMS/ScC-SC5/Outcome 13.