Celebrating our Birds in Bonn on World Migratory Bird Day Bonn, 18 May 2018 – To mark World Migratory Bird Day (WMBD) 2018, the CMS and AEWA Secretariats co-organized two local WMBD events in Bonn, Germany. The first event was a film screening in the Museum Koenig and the second event was a birdwatching tour in the forests around Bonn. The two events in Bonn, were among the 400 + registered events which took place in 68 countries around the world to celebrate World Migratory Bird Day in May. 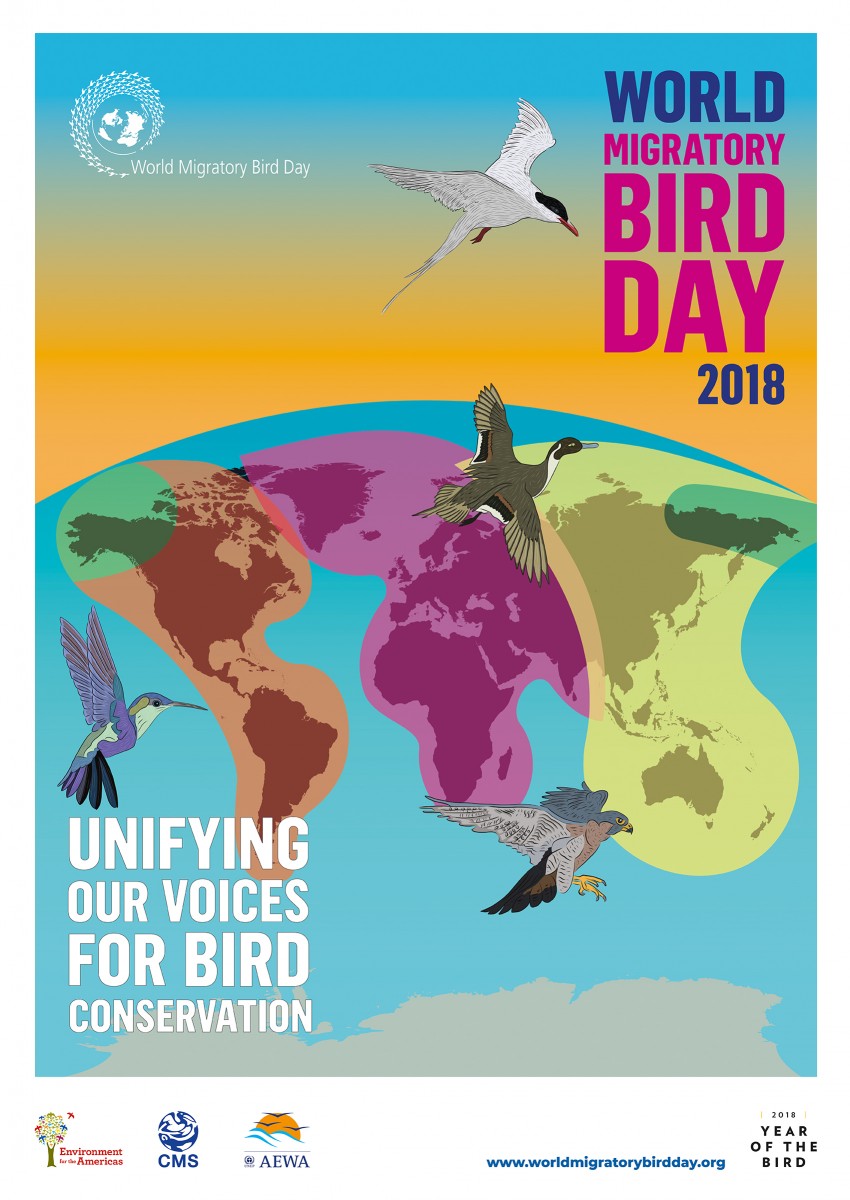 On May 9, the WMBD team organized a film screening of Winged Migration (2001) at the Zoological Research Museum Alexander  Koenig. Filmed over the course of four years, the film directed by Jacques Cluzaud, Michel Debats and Jacques Perrin, follows the journeys of migratory birds across wetlands, plains, mountains, seas and deserts. Showing at once the splendours and perils of migration, and the habits and behaviours of various bird species, the film is a visual wonder that takes the viewer on a visual journey following migratory birds. Prior to the film, Professor Stephen Garnett, CMS COP-Appointed Councillor for Birds, gave a passionate introduction to the topic of bird migration and the importance of international cooperation to conserve them.

On May 12 – the actual peak day of World Migratory Bird Day - a group of interested residents joined NABU (Naturschutzbund Deutschland e.V., or Nature and Biodiversity Conservation Union) for a guided birdwatching tour led by Mr. Andreas Kepper. Participants of all ages and from seven different nationalities came together for a morning trek through the Kottenforst, where we saw and learned to distinguish the songs of various bird species, including swallows, cuckoos and woodpeckers found in Bonn. The tour was a good introduction to birdwatching (and listening!) and an invitation for all participants, from first-time birdwatchers to experienced ornithologists, to take part in future excursions and to be aware of the many birds that are present in and around our cities.

The WMBD Team, would like to use this opportunity to sincerely thank both Prof. Garnett and Mr. Kepper for volunteering their time and without whom these WMBD events would not have been possible.

In case you missed these events and have become interested, please note that World Migratory Bird Day is now celebrated in both May and October (twice a year!), so there may be another opportunity to celebrate our migratory birds in Bonn this coming October!