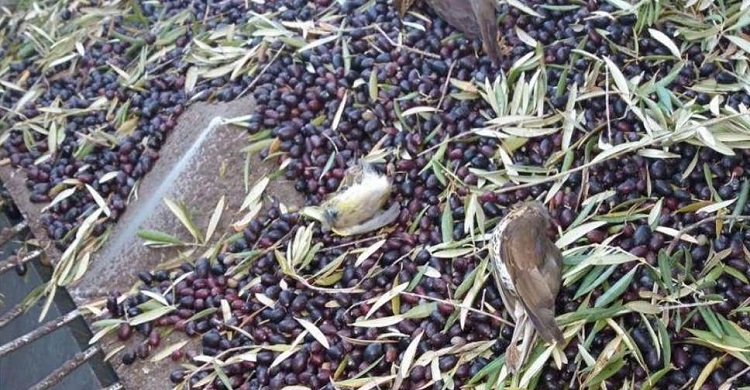 Bonn, 30 October 2019 - In two resolutions published last week, Spain has announced the immediate suspension of night-time harvesting of olive trees during the season 2019 – 2020. The suspension will be implemented in Andalusia and Castilla-La Mancha, which are some of the largest producers of olive oil in the country and at the global level.

The resolutions observe the EU Birds and Habitats Directive, which require the Member States of the European Union to take requisite measures to preserve the habitats of all bird species. This includes prohibiting intentional activities, which may involve capture, death, disturbance, retention, destruction of nests and eggs.

Migratory birds that use olive trees to roost at night are at risk from olive harvesting machines. The bright lights of the harvesters confuse the birds and lead to their death as they are ‘sucked in' by the machine. 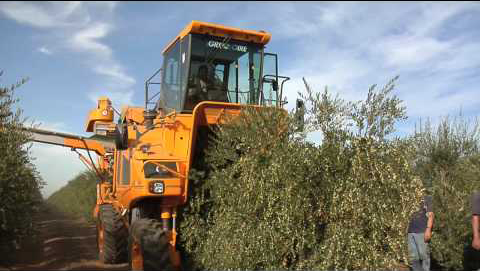 According to an initial report by the Government of Andalusia published in 2018, approximately 2,600,000 birds could be killed due to night-harvesting techniques every year in Spain alone. This type of harvesting is likely to have a similar impact in other countries with olive harvesting, but no research has been conducted on the potential impact to date.

Therefore, the Spanish Ministry for the Ecological Transition, the Ministry of Agriculture, Fisheries and Food, and the two regional governments decided to commission a report on the full scope of the possible environmental impact of night harvesting on all wild birds.

The report is expected to be completed in the spring of 2020. The outcomes will shed light on the level of threat the harvesting has on migratory birds and might lead to a ban on this practice.

The two resolutions to suspend the unsustainable practice were adopted following months of work by several authorities within the environmental and agricultural sectors. National NGOs such as SEO/Birdlife have been raising awareness about the issue and supporting the legislative process.

The Resolution for Andalusia contains an Action Plan to ensure the implementation of the decision. It aims to investigate night time harvesting across eight provinces until 1 May 2020. Monitoring will be increased to prevent night-harvesting with a minimum of 146 inspections at night time.

Spain is a key passage for millions of birds that spend the winter in Africa. During their migration, they use olive trees as roosts. In large agricultural regions, olive groves are the only wooded areas that offer shelter and rest for hundreds of species of wild birds.

Spain is a member of the Intergovernmental Task Force on Illegal Killing, Taking and Trade of Migratory Birds in the Mediterranean (MIKT) established by the Convention on Migratory Species (CMS). According to the Regional Government of Andalusia and its enforcement agencies, a large quantity of the birds killed was illegally sold for local consumption.

By suspending the unsustainable practice of night harvesting, Spain is successfully implementing the Resolution on Preventing Illegal Killing, Taking and Trade adopted at the 11th Meeting of the Conference of the Parties to CMS. It can serve as an example across the Mediterranean, where agribusinesses in other countries might be using similar harvesting techniques that affect migratory birds.

UNEP/CMS/COP12/Doc.24.1.1/Rev.2 Resolution on the Prevention of Illegal Killing, Taking and Trade of Migratory Birds