Intergovernmental Task Force on Illegal Killing, Taking and Trade of Migratory Birds in the Mediterranean

The Intergovernmental Task Force on Illegal Killing, Taking and Trade of Migratory Birds in the Mediterranean (MIKT) has been convened by the CMS Secretariat in conjunction with the Secretariat of AEWA, the Raptors MOU Coordinating Unit and the African-Eurasian Migratory Landbirds Action Plan (AEMLAP) Working Group. It brings together governmental representatives of CMS Parties around the Mediterranean, including the European Union and other interested parties. Representatives from non-CMS Parties as well as relevant international organizations and networks are also part of MIKT as observers.

The Task Force has been established under CMS COP Resolution 11.16 (Rev. COP13) on the illegal killing, taking and trade of migratory birds (IKB) to facilitate international cooperation as well as the implementation of the existing guidelines and action plans.

The first Meeting of the MIKT was held from 12 to 15 July 2016 in Cairo, Egypt. During that meeting the modus operandi of the MIKT was adopted and Governments and observers agreed on the need for stricter penalties, increased surveillance and improved law enforcement, committing to a zero tolerance approach to curb the massive slaughter of migratory birds in the Mediterranean. As a result, the Cairo Declaration on Illegal Killing, Taking and Trade of Migratory Birds in the Mediterranean Region as well as a detailed Programme of Work (POW) 2016-2020 were adopted.

Following the adoption of the POW, two more meetings of MIKT were held, jointly with the Bern Convention Network of Special Focal Points on Eradication of Illegal Killing, Trapping and Trade in Wild Birds (SFPs).

The second Meeting of MIKT (and 1st Joint Meeting with the Bern Convention SFPs) took place in Sliema, Malta in June 2017. One of the main achievements of this meeting was the development of the “Scoreboard to Assess the Progress in Combating Illegal Killing, Taking and Trade of Wild Birds (IKB)”, a voluntary self-assessment tool for countries to evaluate and rank the progress made at national and regional level. To date, two rounds of Scoreboard assessments have been completed (in 2018 and 2020). Subsequent assessments will be carried out every three years within the geographical scope of the contracting Parties of the MIKT and the Bern Convention. The Scoreboard was adopted as Annex 1 to Resolution 11.16, by CMS COP12 in 2017. For more information on the Scoreboard assessments, please visit the IKB Scoreboard Assessment Table.

The third Meeting of MIKT (and 2nd Joint Meeting of the MIKT and Bern Convention SFPs) took place in Rome in May 2019. At this meeting, the members and observers agreed on a joint strategic approach of CMS MIKT and Bern Convention to address IKB in the post-2020 period, and elaborated a draft for a strategic framework, which later led to the adoption of the Rome Strategic Plan 2020-2030 on Eradicating Illegal Killing, Taking and Trade in Wild Birds in Europe and the Mediterranean region. The overarching long-term goal of the Rome Strategic Plan is the eradication of IKB within the geographic scope of the Bern Convention and CMS MIKT. The Goal of the Plan for 2030 is a 50% reduction of the scale and scope of IKB compared to the 2020 baseline.

Ensuring that national legislation is effective in addressing national challenges and that it is properly implemented and enforced represents a key component of the MIKT POW. With this aim, prosecutors and investigators working on environmental legislation were invited to a ground-breaking Workshop for Government Prosecutors on the Illegal Killing, Taking and Trade (IKB) of Migratory Birds in the Mediterranean Region in Segovia, Spain in May 2018, organized in cooperation with the European Network of Prosecutors for the Environment (ENPE).

While the specific measures needed to tackle bird crime vary for each country, under the joint framework of the Rome Strategic Plan, the Task Force has agreed to focus on the following objectives:

No. 1: To understand the scope, scale of and motivations behind IKB;

No. 2: To establish an active prevention of the illegal killing, taking and trade of birds;

No. 3: To ensure that the illegal killing of birds is addressed effectively and efficiently in national legislation;

No. 4: To ensure that effective and efficient enforcement of relevant legislation is undertaken;

No. 5: To ensure effective and efficient justice for IKB-related offences.

MIKT is working as a catalyst to gather the information scattered amongst diverse international organizations, and helping experts coordinate their work, offering amongst other things a remote online workspace. The Mediterranean basin is currently a hotspot for illegal killing and trapping of migratory birds and MIKT is the first Pan Mediterranean Task Force developed, having a distinctly regional focus and aiming to be replicated for other parts of the world.

[1] Terms of Referenceof MIKT states that representatives of Parties elsewhere in the African-Eurasian Flyway and beyond that wish to support the work of the Task Force can also be invited to contribute to the Task Force.

Disclaimer: The advertisements displayed before the start of the video are related to the video itself and are not related the UNEP/CMS Secretariat. 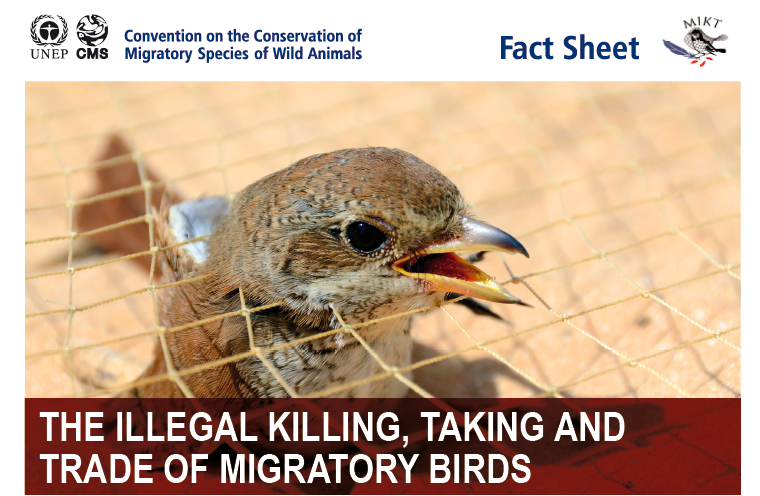 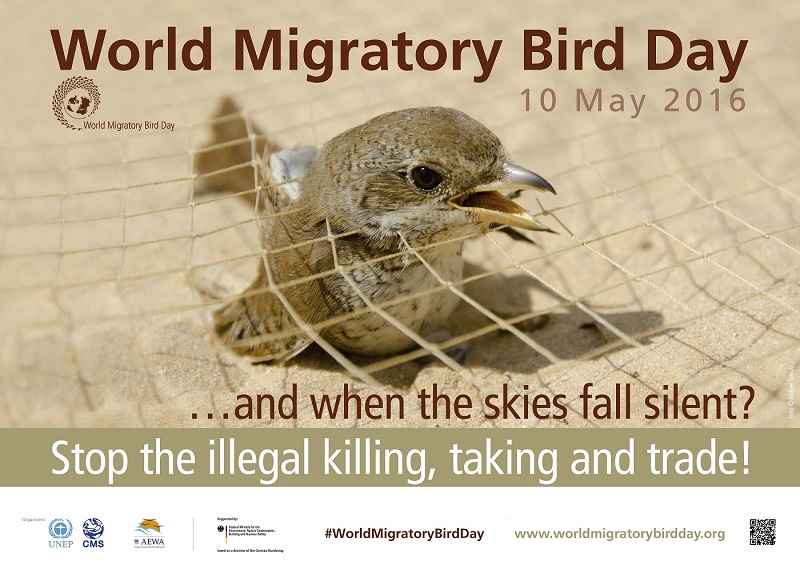