A Seachange Needed in Fisheries to Give Dolphins, Whales and Porpoises a Chance 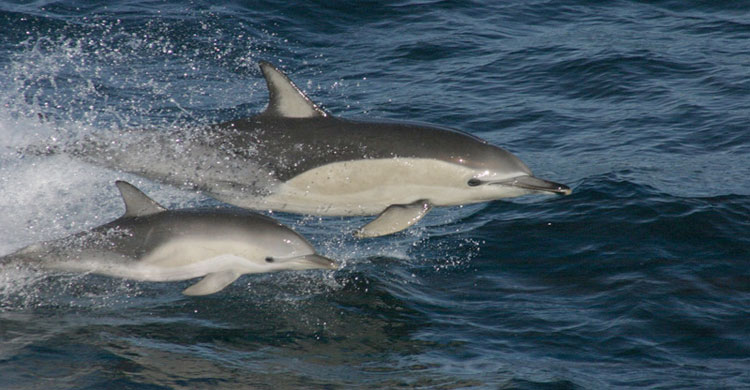 Bonn, 22 May 2018 - Dolphins, whales and porpoises (cetaceans) are fascinating animals that continue to capture the imagination of humans as evidenced by the increasing number of whale watchers taking to the seas in search of a glimpse of these majestic creatures. They are amongst the most intelligent animals on our planet and play a critical role in maintaining marine ecosystem health and therefore human health.  Yet, a dolphin, porpoise or whale is accidentally killed in fishing operations somewhere in the world about every two minutes.

Today as the world marks the International Day for Biological Diversity, a report launched by WWF in collaboration with the Convention on Migratory Species, reveals the steep challenges scientists and policy makers are grappling with as they struggle to reduce bycatch in fishing gear the world over, to guarantee the survival of cetaceans. It further highlights the need to step up both public pressure, and for the fishing industry to protect cetaceans for generations to come.

Cetaceans have a strong influence on their associated ecosystems and their removal in large numbers is likely to have catastrophic knock-on effects on the ecosystems in which they occur. As large predators, cetaceans are ecologically significant since they store and move nutrients (carbon and nitrogen especially) and energy within and between ecosystems. Each year, over 300,000 cetaceans are entangled and drown in harmful fishing gear such as gillnets. In Peru alone, 15,000 to 20,000 dolphins and porpoises die every year as a result of being trapped in fishing gear.

According to the report, the most promising solutions are fisheries-based and include the development of alternative gear to replace current fishing methods such as gillnets and the establishment of effectively managed marine protected areas and time-area closures. However, the case studies presented in this report highlight only a few examples where successful mitigation strategies have been effectively implemented. This challenge is further compounded by the dearth of data globally on fisheries, cetacean populations and their depletion rates as well as the overall impact of fishing on individual populations.

“Bycatch remains the number one threat to many species of whale, dolphin and porpoise, and the deaths of such animals are a tragedy both for conservation and welfare reasons. Governments have long recognized this, and have committed themselves to taking measures to minimize incidental mortality. We are pleased to present this publication in partnership with WWF. It shows how civil society and the Convention can work together to support policy-makers and industry in reducing the risk of cetacean bycatch and entanglements.”

With clear and present dangers growing for cetaceans worldwide, government and industry leaders must abandon unsustainable fishing practices, in favour of bold, effective action, scaling solutions that reduce bycatch, abandoning those with lower success rates.   This will determine how each future International Day for Biological Diversity, and every other day, can change from being a steady march of the decline of dolphins, porpoises and whales, to a genuine marker of progress.

“This report acknowledges that there are few existing methods and technologies with the potential to significantly reduce the huge numbers of cetaceans caught and killed in fishing operations the world over. It also lays the groundwork for  scaling up tested solutions and reiterates the urgency to spark technical and social innovations to dramatically reduce mortality, working alongside fishing communities. We hope this report helps to draw stronger political attention to this vital issue which has widespread implications for the planet’s biological diversity. We have no time to lose.”

This Technical Series issue serves to assist Parties in implementing Resolution 12.22 on Bycatch.