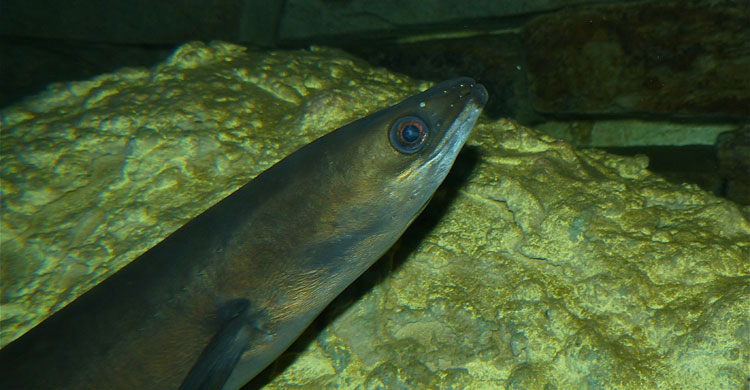 Bonn, 11 October 2016 - From 13 to 14 October 2016, CMS and the Sargasso Sea Commission are co-organizing the first Range State Workshop for the European Eel in Galway, Ireland.

The meeting will provide a unique opportunity for Range States to discuss the status of eel conservation and management, and to consider any additional instruments of international cooperation. Measures to be discussed include the extension of the management regimes developed in the EU to other Range States, mechanisms to support such activities, and, to the extent possible under current international law, the protection of the crucial spawning areas in the Sargasso Sea.

The European Eel (Anguilla anguilla), a species that is known to be depleted, has a complex life cycle and a wide geographic range stretching from Northern Norway to the Mediterranean and North Africa. The mature eels migrate thousands of kilometres to the Sargasso Sea, south of Bermuda, where they spawn and die.

The eels’ complex life history traits mean that they are susceptible to a range of threats, both in marine and freshwater environments, and are challenging to manage and conserve. They are exploited both as juveniles and in their adult life stages. Other threats include changes in oceanic currents and climatic conditions, barriers to migration (including hydro-power stations which injure and/or kill eels), loss of freshwater habitat and diseases.

There is significant concern regarding the status of Anguilla anguilla, due to a decline in recruitment and population of the species over the past four decades. The species is already listed as "Critically Endangered" on the IUCN Red List and is on Appendix II of CITES.

"The European eel, a Critically Endangered species, connects northern Europe with North Africa. It is one of the most widely distributed fish in Europe and as such international cooperation is essential for its management. We owe it to the eel, and to ourselves, to come together to identify concrete measures that will safeguard European eel across its range", said Zeb Hogan, COP-Appointed Councillor for Fish.

European Union legislation was adopted in 2007 to ensure all Member States would develop Eel Management Plans. In 2014, as proposed by the Government of Monaco, the species was listed on CMS Appendix II, "having a conservation status which would significantly benefit from international co-operation".