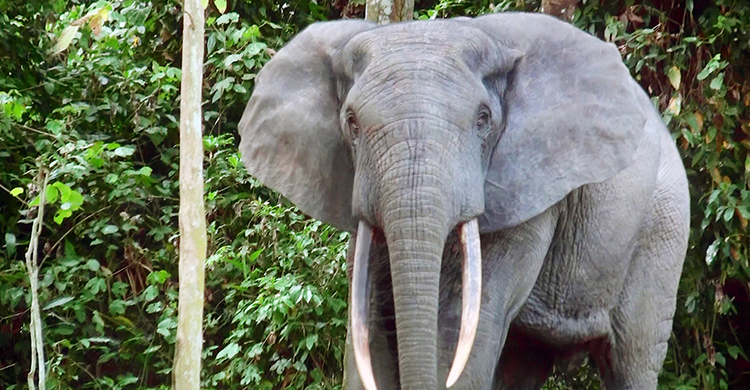 Bonn, 25 March 2021 - Today, the International Union for Conservation of Nature (IUCN) announced that it now recognizes two distinct species of African elephants: The Forest Elephant and the Savanna Elephant.

The revised assessment of African elephants also has found that the Forest Elephant is Critically Endangered and the Savanna Elephant Endangered, downgrading the status of both species from their previous classification as Vulnerable.

The new IUCN findings clearly show that increased conservation measures are needed to protect both elephant species.  In particular, the Forest Elephant has seen a catastrophic decline of 86 per cent over a period of 31 years, due to illegal ivory trade, habitat destruction and other threats.

The UN’s Convention on Migratory Species (CMS) has been listing the Forest Elephant and the Savanna Elephant as two separate species since 2008 on its Appendix II, which encourages range states to develop transboundary conservation agreements aimed at shared species.

As a result of the new findings, CMS Parties could consider whether to propose that one or both species be added to Appendix I – which provides the highest degree of protection under the Convention.

This is normally reserved for species that are endangered or critically endangered. Parties that are a Range State to a migratory species listed in Appendix I must strictly protect them by prohibiting the taking of such species, conserving and where appropriate restoring their habitats, preventing, removing or mitigating obstacles to their migration, and controlling other factors that might endanger them.

CMS Executive Secretary Amy Fraenkel said: “The findings of the new IUCN assessment clearly show that increased conservation measures are needed to protect both elephant species, in particular, the Forest Elephant which has now been found to be Critically Endangered.

In addition to stopping poaching for illegal trade in ivory, other threats, such as the destruction and fragmentation of habitat, need to be urgently addressed.”

CMS is the only global treaty that addresses the conservation of migratory species and their habitats.  To ensure the survival of African Elephants, conservation measures need to protect elephant habitat and recognize the important functions that elephants play for healthy ecosystems.

Forest Elephants were recently the subject of an article from an unlikely source – the International Monetary Fund (IMF) – which cited recent research on the immense contribution that these elephants make to fighting climate change. 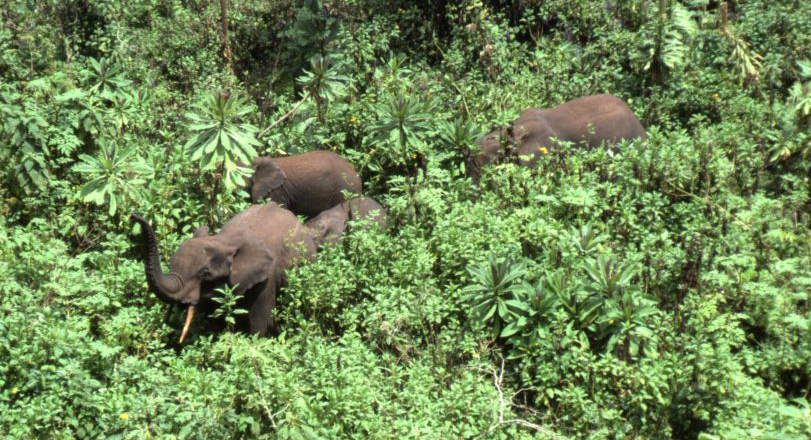 Through their feeding and movement in forest habitats, Forest Elephants help the growth of taller, larger trees – which can sequester large amounts of carbon. The IMF calculates that the value of this carbon service amounts to $1.75m per elephant over a 60-year lifespan, while the ivory of an elephant killed by poachers is far less, around $40,000.

In addition to providing legal protection for species in danger of extinction through listing on Appendix I, CMS also provides the basis for targeted conservation instruments for individual species or groups of related species among countries that share those species.

On a continental scale, the African Elephant Action Plan was agreed by all 37 African Elephant Range States in 2010 in the margins of the Convention on International Trade in Endangered Species of Wild Fauna and Flora (CITES), and adopted by CMS Parties in 2017.

The Convention on the Conservation of Migratory Species of Wild Animals aims to conserve terrestrial, aquatic and avian migratory species throughout their range. It is an intergovernmental treaty concerned with the conservation of wildlife and habitats on a global scale. Since the Convention's entry into force in 1979, its membership has grown steadily to include 131 Parties from Africa, Central and South America, Asia, Europe and Oceania.