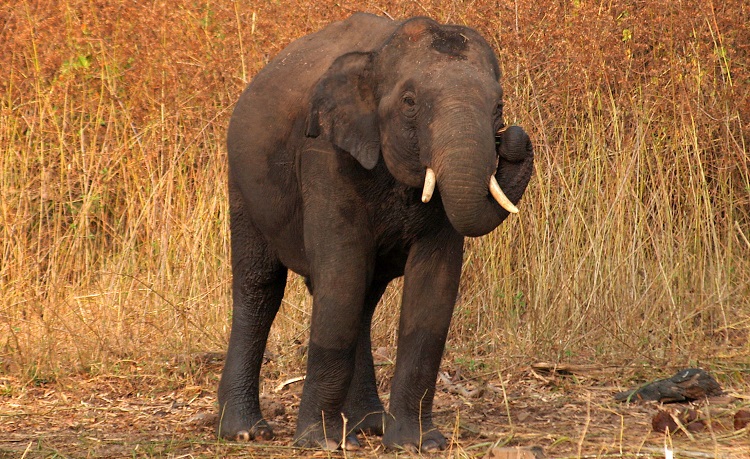 Bonn, 8 November 2019 – In 100 days from today, approximately 1,500 delegates, including representatives of national governments, international organizations, scientists, conservation groups and other wildlife experts will gather in Gandhinagar, India for the 13th meeting of the Conference of the Parties to the Convention on Migratory Species (CMS COP13).  COP13 will run from 17 to 22 February 2020, with a high-level event preceding it on 16 February.

CMS COP13 will be guided by the theme: ‘Migratory species connect the planet and together we welcome them home’. Based on an ancient Sanskrit saying, it highlights the need for governments and stakeholders across the world to provide a hospitable place for migratory animals. The theme also underscores the urgency of protecting natural habitats which migratory species rely upon as part of their movements, throughout their life cycles and migration ranges.

CMS COP13 comes at a crucial time for migratory species.  The UN global assessment  on biodiversity and ecosystem services, released earlier this year by IPBES in May, documented the dramatic decline of biodiversity in all parts of the world and concluded that without increased action, over 1 million species could face extinction in our lifetimes. CMS COP13 will also provide important inputs to the negotiations of a new global framework on biodiversity which will be adopted at the end of 2020 in China.

CMS Acting Executive Secretary Amy Fraenkel said: “Migratory species play a vital, role for ecosystems around the world.  CMS species include some of the most iconic species on the planet, including elephants, whales and dolphins, raptors and song birds. The recent UN global assessment tells us that we must step up our actions to address the threats to migratory species and biodiversity more broadly.  COP13 will be an important meeting to advance our collective efforts to meet this challenge.”

What to expect at COP13:

New Species to be added
The COP will consider adding new speciesto the CMS Appendices to provide them with better protection.

Proposals for CMS Appendix I (for endangered species, providing the strictest protections), include the Asian Elephant, the Great Indian Bustard, the Bengal Florican, the Antipodean Albatross, and the Oceanic White-tip Shark.

·       Threats to the Asian Elephant include habitat loss and fragmentation,poisoning, poaching,illegal trade, and obstacles to migration such as railways.

·       The Jaguar is the largest native feline in the Americas. It is now found only in about 60 per cent of its historic range of a hundred years ago. Deforestation,        hunting, illegal trade, cattle ranching and obstacles to migration pose serious threats.

Proposals for concerted actions – focusing conservation measures efforts on specific species among range states – will also be considered.  12 new proposals have been submitted for adoption at COP13, including for the Asian Elephant, theGiraffe, the nut-cracking Chimpanzee, the Irrawaddy Dolphin, the South Asian River Dolphin, and the Harbour Porpoise.

COP13 will also consider the impacts of climate change on migratory species, which is a key driver of species extinction and exacerbates other threats. While renewable energy is a key part of the solution to climate change, the COP will also consider efforts to strengthen the CMS Energy Task Force, which focuses on reconciling renewable energy infrastructure with the conservation of migratory species.

COP13 will also discuss further action to address the illegal killing of birds, a major problem across the Mediterranean. In conjunction with the Bern Convention and partners, COP13 will consider a ten-year agenda starting in 2020 to coordinate international efforts to fight bird crime, with a network of governments, legal authorities, police, conservationists, and hunters.

COP13 will also consider priorities for the post-2020 global biodiversity framework.  The number one such priority is ensuring that the new framework better addresses the need for ecological connectivity – which is essential to support the movement of migratory species in their movements.

In the run-up to CMS COP13, hundreds of representatives from governments, scientific entities and global conservation groups will descend on Bonn in the next two weeks to participate in preparatory meetings.  [Meeting Information]

Florian Keil, Coordinator of the Common Information Management, Communication and Outreach Team of the UNEP/CMS and UNEP/AEWA Secretariats, tel: +49 (0)228 815 2451