Second CMS pre-COP12: African Region is Gearing up for Manila 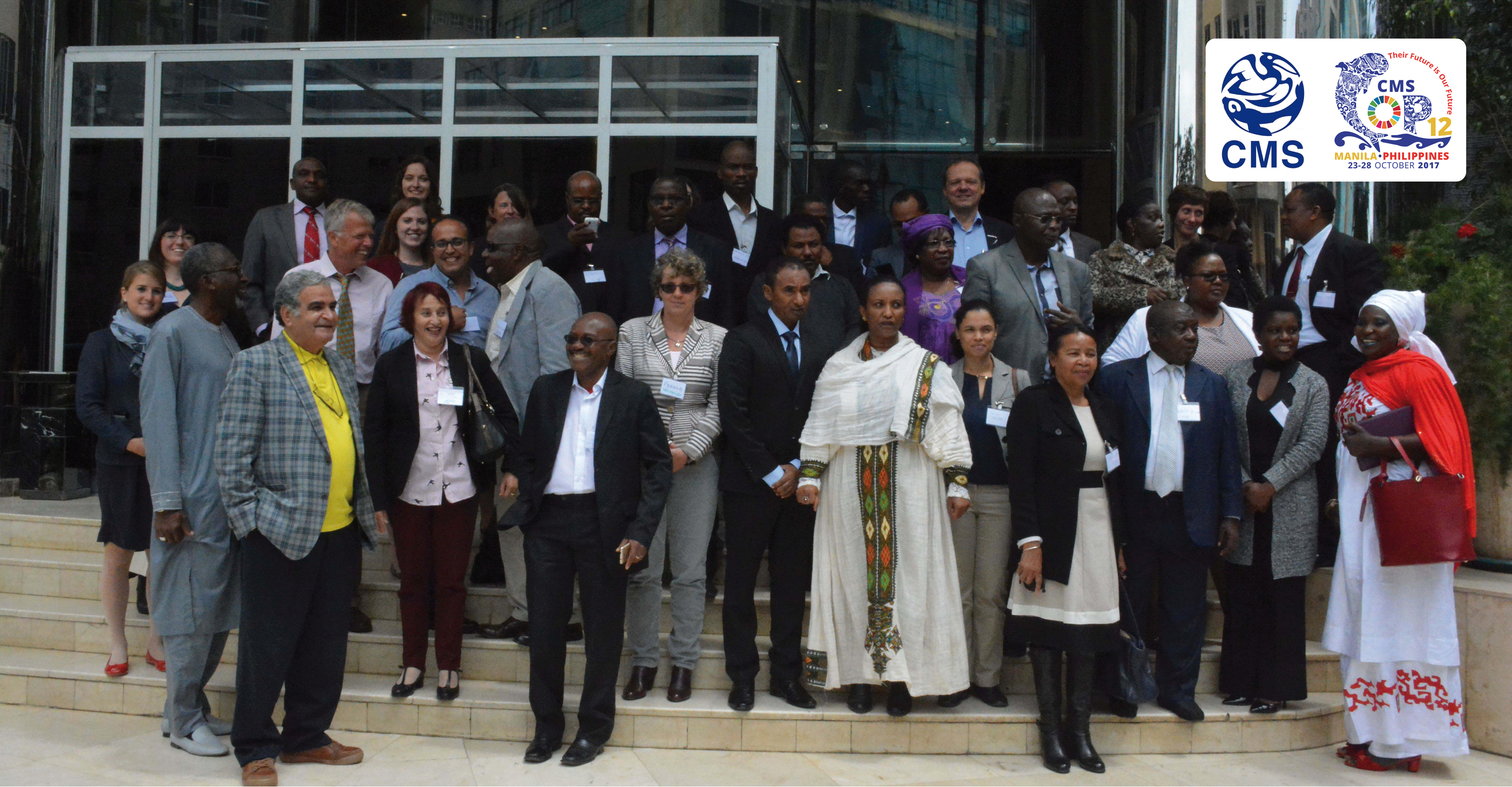 Ensuring effective preparation of the African Parties for the upcoming 12th Meeting of the Conference of the Parties to CMS (COP12) in Manila was a major objective. Giving them the opportunity to develop common positions on some of the issues which will be of priority interest to them was another. With representatives from 23 African Parties and various observers, the workshop was very well attended.

One of the important topics discussed was the listing of threatened species on Appendix I and II of CMS. Among the species recommended for listing, that are of interest to the African Parties, are the Lion, the Giraffe, the Leopard, various species of vultures and the Steppe Eagle, the Guitarfish as well as the Whale Shark and the Blue Shark. The very active and lively discussions showed that this issue is of high importance to the African Parties.

Further topics include the budget, the review of resolutions and the wider conservation of the Conference, such as cross-cutting issues: climate change, marine debris and underwater noise, ecological networks and community participation. A second working group session covered Action Plans for a number of African species.

Judging from the feedback of participants and the very engaging participation, the African Region is ready for action in Manila.

The European Commission were recognized as Champion Plus for their generous support and commitment towards Building Capacity for Migratory Species Conservation for the period 2015-2018. This activity has been funded with the contribution granted by the European Commission under the Migratory Species Champion Programme and through the Global Public Goods and Challenges (GPGC Programme) Cooperation Agreements with UNEP.