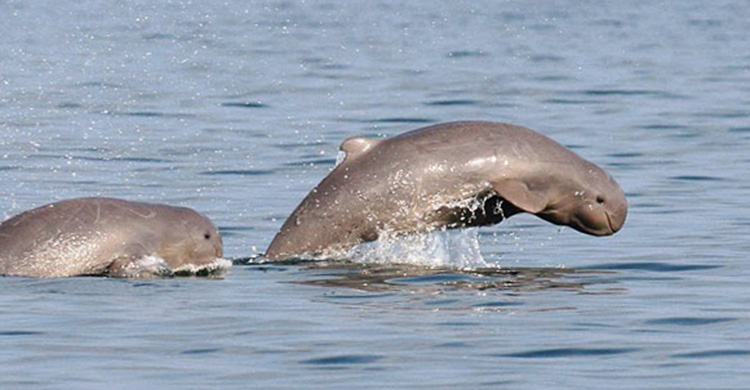 Bonn, 14 October 2020 - The more we know of the plastic pollution problem, the more we are realizing just how much we don’t know.

CounterMEASURE’s first phase helped fill gaps in knowledge on the origins of plastic pollution in Asian rivers. In its the second phase, the project is also turning its attention to the impacts of this plastic pollution – particularly on wildlife.

We know that more than 800 marine and coastal species are affected by marine debris through ingestion, entanglement, and other dangers. One estimate predicted more than 99% of all seabird species will have ingested plastic by 2050. Parties to the Convention on Migratory Species are working to address this issue under Resolution 12.20 on Management of Marine Debris.

But what effect this plastic is having on species living in and around rivers is an open question. Research on the impacts of plastic pollution on riverine wildlife is very nascent. One study in 2017 reported a 100% occurrence of microplastics in coastal freshwater fish in the Rio de la Plata. Few other studies have been undertaken.

We also know that additives – including harmful ones like Bisphenol A – are added to plastics, which leak into the natural environment with plastic debris. Additionally, microplastics can absorb chemicals and heavy metals from the surrounding environment and may transport hazardous substances further. The impact on human health of ingesting toxic microplastics via wildlife like fish and shellfish is not fully understood. However, some research suggests that plastic additives are retained in marine plastics and microplastics and subsequently digested and absorbed into tissue, where it accumulates.

In this context, we need to better understand how plastic pollution is affecting freshwater and terrestrial species around rivers, including migratory species. At COP13 of the Convention on Migratory Species, held in February 2020 in India, parties adopted Decisions 13.122 – 13.125 and called for further research on this issue.

CounterMEASURE is working to fill some gaps in this understanding. By the end of the second phase in 2021, the project will have produced a report summarizing current knowledge on the impact of plastic pollution on migratory species in freshwater and terrestrial ecosystems, with a focus on the Asia and Pacific region.

The project will also assess the plastic pollution exposure of the migratory species that exist in the Mekong River Basin, such as the Mekong Giant Catfish, the Irrawaddy Dolphin, the Bengal Florican and the Sarus Crane, all of which are listed in CMS appendices.

With this knowledge, CounterMEASURE will prepare a monitoring protocol for the impact of plastics on fauna living in the Mekong River Basin and conduct outreach activities to raise awareness on plastic pollution and its impact on migratory species.

The CMS Secretariat will be working with CounterMEASURE in these efforts, with the ultimate aim of reducing what we don’t know about plastic pollution in rivers in Asia. 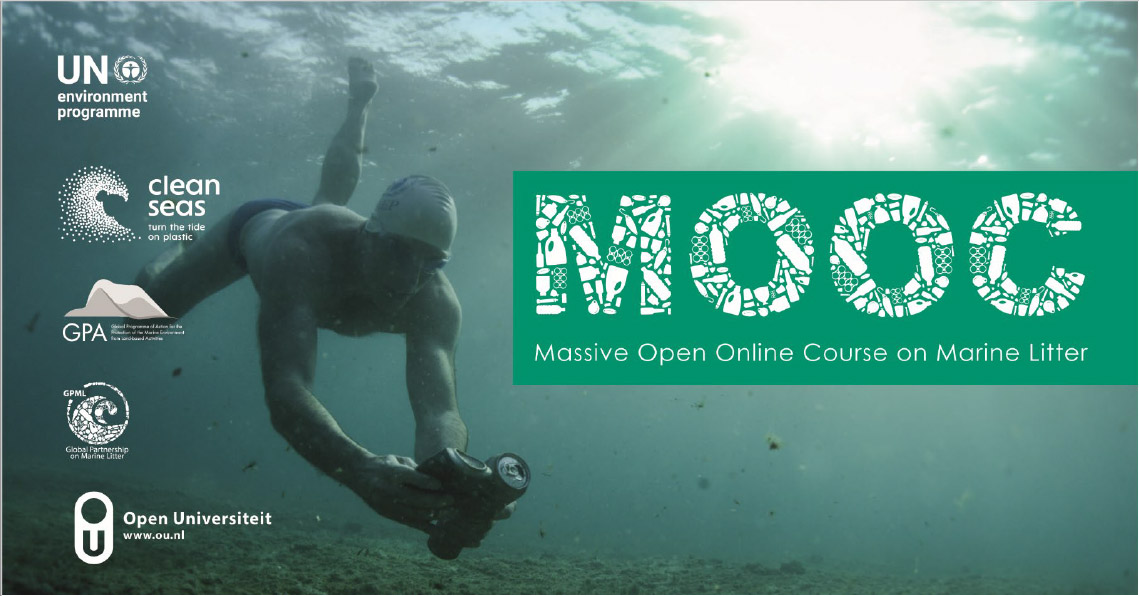 The United Nations Environment Programme (UNEP), in cooperation with the Open Universiteit of the Netherlands, will launch the 4th free Massive Open Online Course (MOOC) on Marine Litter as a key activity of The Global Partnership on Marine Litter (GPML). It is also part of the Clean Seas Campaign.

The MOOC’s aim is to stimulate leadership and offer opportunities for actionable and change oriented learning, related to marine litter and microplastics.

The MOOC will start on October 26, 2020 with the Leadership Track now available in 10 languages (Arabic, Chinese, English, French, Indonesian, Portuguese, Russian, Spanish, Thai and Vietnamese)! The Expert Track is available in English, Russian and Spanish.

The article was prepared by the UNEP/ROAP CounterMEASURE team.