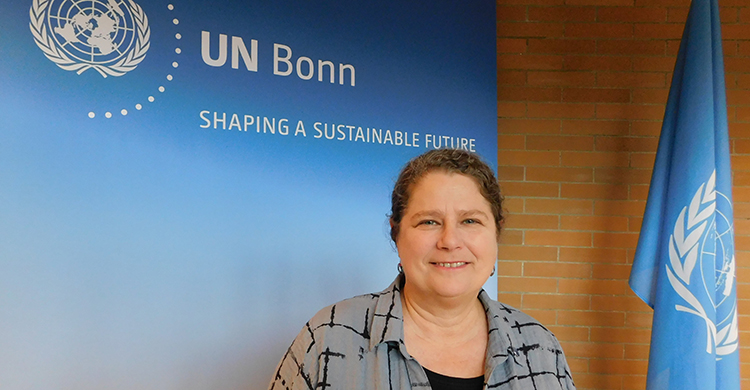 Ms. Amy Fraenkel, Acting Executive Secretary of the Convention on the Conservation of Migratory Species of Wild Animals © Florian Keil

Bonn, 20 May 2019 - Ms. Amy Fraenkel has been appointed as the Acting Executive Secretary of the Convention on the Conservation of Migratory Species of Wild Animals (CMS), as of 13 May 2019.  She brings to CMS a wealth of experience, both as a Party negotiator and as a senior United Nations official.

Ms. Fraenkel joins the CMS Family from the Secretariat of the Convention on Biological Diversity (CBD) in Montreal, Canada, where she served as part of the senior management, and led work on mainstreaming biodiversity into governmental and private sector policies and decision making.  From 2007 until 2013, she served as the UNEP Regional Director for North America based in Washington, D.C.  Prior to joining the United Nations, she served as senior counsel for the U.S. Senate Subcommittee on Oceans, Atmosphere, Fisheries and Coast Guard with a particular focus on marine mammals, sea turtles, international agreements and climate science.  She also was a senior policy advisor in the U.S. Environmental Protection Agency’s Office of International Affairs, where she served on delegations to numerous international bodies.  She spent seven years in private law practice in California and New York.  She is a graduate of Harvard Law School and Grinnell College.

Amy succeeds Bradnee Chambers, who had served as Executive Secretary since 2013 and who passed away after a short illness in January this year.

Amy Fraenkel Appointed as Executive Secretary of CMS
2019/011: Interim Arrangements for the Management of the CMS Secretariat
Elizabeth Maruma Mrema Takes Up New Assignment in Nairobi