The workshop is a joint initiative between the European Network of Prosecutors for the Environment (ENPE) and the Convention on Migratory Species, UNEP/CMS. The workshop will be hosted by the ENPE Life Project “Wildlife Crime” Working Group in cooperation with CMS with support of the European Commission at the National Centre for Environmental Education (CENEAM) in Valsaín, Segovia, Spain. 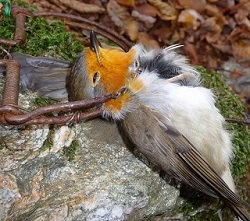