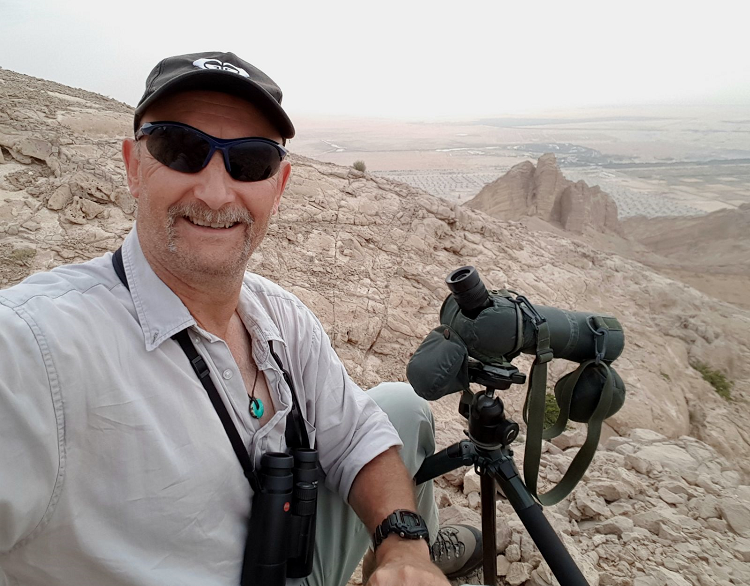 Bonn, 21 April 2021 – The CMS Secretariat is deeply saddened to announce that Nick P. Williams, the former Head of the CMS Raptors MOU Coordinating Unit, passed away close to his native Devon, UK on Saturday 17 April, after a short illness.

Nick joined CMS in 2011, and successfully led the Memorandum of Understanding on the Conservation of Migratory Birds of Prey in Africa and Eurasia (Raptors MOU) until 2020.  His various achievements included establishing and managing a Technical Advisory Group, which supports the implementation of the MOU; organising Meetings of Signatories in 2012 and in 2015; initiating and coordinating a Saker Falcon Task Force, and guiding the development of the Saker Falcon Global Action Plan, adopted at the 11th Meeting of the Conference of the Parties to CMS in 2014.  The number of Signatories and Cooperating Partners to the MOU more than doubled under his tenure.

Nick also co-authored and coordinated the development of a Multi-species Action Plan to Conserve African Eurasian Vultures, in consultation with 128 Range States and three partner organisations, which was adopted by CMS Parties at COP12 in 2017.

Before coming to CMS, Nick worked for the UK Government for fifteen years, including as the Chief Wildlife Inspector, and later Head of Wildlife Integration and Conservation with the Department for Environment, Food and Rural Affairs (Defra), followed by working for the Animal Health and Veterinary Laboratory Agency (AHVLA) as Business Implementation Manager and Regional Administration Manager for South West England.  In early 2020, Nick moved from Abu Dhabi to Europe to take on the role of CEO at BirdWatch Ireland, the largest independent conservation organisation in the country.

His childhood in the countryside in South West England engendered Nick’s lifelong fascination with birds, particularly birds of prey.  Whilst still at high school, he volunteered at the Royal Society for the Protection of Birds and later at other conservation organisations.  He conducted field research on various wildlife, travelled the world to study various raptor species, particularly falcons, and published numerous scientific papers.

Nick was a committed conservationist, a photographer, a humanist, and a man of great integrity.  He inspired and motivated people with his dedication, his expertise, professionalism, enthusiasm, and sense of humour. Among his legacies will be his tireless efforts and contribution towards improving the protection of birds of prey.  Nick will be remembered dearly by his CMS Family colleagues, as well as by many people whose lives he touched around the world.

Our thoughts are with his family and friends.

Messages of condolences, which will also be shared with Nick’s family, can be sent to: [email protected] .