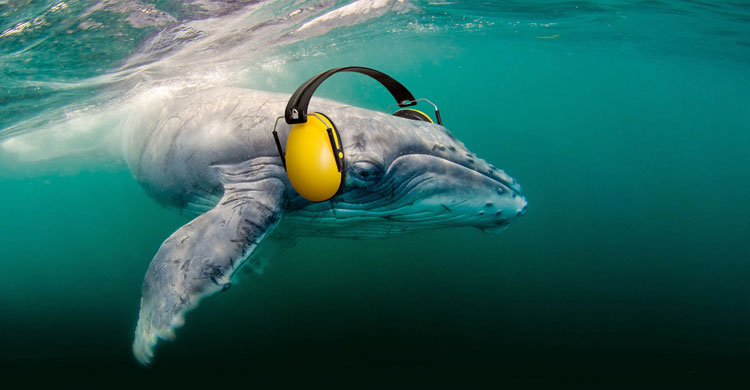 Marine experts gathered at the United Nations Headquarters in New York from June 18-22, 2018 to discuss anthropogenic underwater noise. Dr. Bradnee Chambers, Executive Secretary of the Convention on the Conservation of Migratory Species of Wild Animals (CMS), describes the impacts of this type of pollution on marine wildlife and sets out some of the solutions.

BONN (IDN) – Humanity's achievements are incredible – the Pyramids of Egypt, the Great Wall of China, literature, music, telecommunications, medicine and a few decades after the first powered flight, Neil Armstrong walked on the moon.

On the down side, there seem to be no limits to humans' imagination when it comes to ways of polluting the world’s oceans; they have been used as open sewers into which untreated effluent has been pumped; they are being used as a garbage tip where tons of plastic have accumulated over the years; and on top of that we are also filling the seas with noise.

The ocean is far from being a silent environment – natural phenomena such as earthquakes, shifting ice-shelves, wind and rain all contribute to the noise, and sound travels five times faster through water than it does through air, but marine life has adapted to it.

What is disturbing the balance is the growing number of human activities creating a cacophony with far-reaching and devastating effects on a wide range of animals – from the very largest to the very smallest, from whales, dolphins, polar bears, seals, sealions and walruses, manatees and dugongs and otters, to fish, crustaceans and cephalopods – predators and prey alike.

In fact, recent research shows more and more clearly that fish and marine invertebrates are being affected by growing noise pollution. The latter form the very basis of the marine food web, and many fish species are also important for human food security and are of commercial interest.

Over the past century, noise levels in the oceans have significantly increased, due to the growing number of human activities in the marine environment. Man-made noise affects critical habitats and protected areas, as well as many types of marine life.

It comes from many sources including military and civil high-powered sonar, shipping and vessel traffic, seismic surveys, construction works, offshore platforms, playback and sound exposure experiments, acoustic deterrent devices – the “pingers” which aim to stop animals such as dolphins becoming entangled in fishing nets – acoustic data transmission, and wind, tidal and wave turbines. Whether adding a constant background din or sudden bursts of explosive noise, this pervasive form of pollution is taking its toll on marine animals. 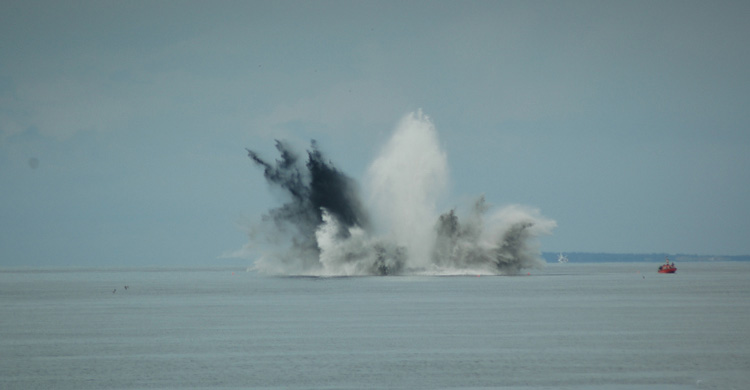 Animals exposed to high levels of man-made noise over extended periods are liable to suffer direct injury, internal haemorrhaging, damage to swim bladders, temporary or permanent loss of hearing and impaired function of sensory organs or even death. Noise masks important natural sounds, such as the call of a mate or other members of their social group, or the sound made by prey or predator.

The ensuing heightened stress levels cause animals to change their behaviour, sometimes driving them away from important habitats such as feeding grounds, and lead to reduced reproductive success with negative impacts on the long-term viability of populations.

Because of the oceans' rich resources such as fisheries and minerals, countries jealously protect their territorial waters. Flags are raised on seemingly insignificant islets, gunships are sent out on patrol to discourage encroaching neighbours. The planet's growing human population needs food, energy and employment and goods need to be transported from the point of production to the market and the consumer.

Maritime shipping supports 90 per cent of international trade and its volume increased fourfold in the period 1992-2012 along some heavily frequented routes. The oceans can help meet this demand but reckless exploitation without regard to the potential harm that can arise is simply storing up problems for the future.

Because endangered migratory species do not respect national borders, an international instrument was needed to ensure that appropriate measures are taken to protect them across international borders, hence the establishment of the Convention on Migratory Species (CMS) in 1979, which now has 125 participating countries and the European Union on board.

Recognizing the transnational nature of the threat posed by underwater noise to marine wildlife, CMS has developed a set of guidelines backed up with supporting technical information, which detail the elements that planning instruments such as Environmental Impact Assessments should take into account before potentially damaging operations are permitted to proceed in the marine environment.

The High Seas are at risk of becoming the new Wild West, the scene of a free-for-all – the resources found there seen as fair game – and those with the sharpest elbows and strongest muscles claiming the lion’s share with little regard for the consequences.

We need to change attitudes and recognize that what belongs to no one is not there for just anyone to take, but for all of us to share and take care of. We must take our responsibilities seriously and ensure that the oceans remain a fit and quiet habitat for the animals that depend on them.

Loud and Too Clear: Underwater Noise Harms Marine Animals
Leaders Pledge to Step up Efforts on Pollution ahead of Key UN Summit
New Guidelines Will Assist in Managing Marine Noise