Animal Culture and Social Complexity – A Cornerstone for Conservation 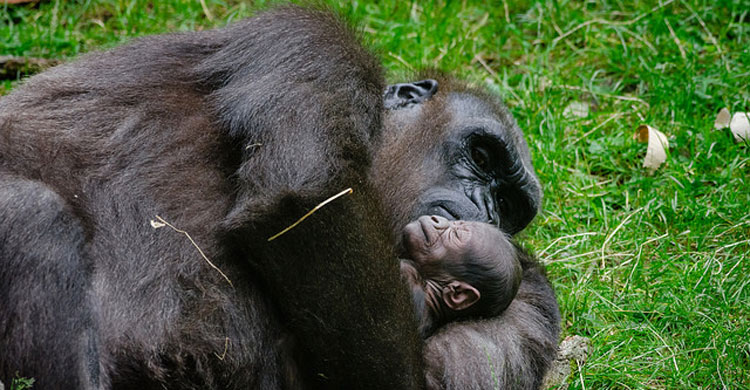 Findings in the science of animal culture, social complexity and social learning may influence the conservation of certain migratory species.

Bonn, 16 April 2018 – The CMS Workshop on the Conservation Implications of Animal Culture and Social Complexity took place in Parma, Italy from 12 to 14 April. The group of experts convened to advise on how knowledge of animal culture and other aspects of sociality can be used to inform conservation efforts for migratory species.

Evidence of social learning, and in some instances more permanent culture, in animals can be seen in the communication, foraging, habitat use, migration and play habits of whales, dolphins, elephants, primates and other species. Human activities that disrupt the social fabric of these species can have severe impacts. Knowledge of optimal migration routes, for example, may be socially learned (i.e. not merely genetic), and thus knowledge can be extirpated along with the species that formerly inhabited an area.

The survival and reproductive success of these cultural species may depend on their ability to pass on their cultural knowledge within and across generations. For some species, protecting individuals that act as “repositories” of social knowledge such as elephant matriarchs, or groups of knowledgeable elders, may be just as important as protecting critical habitat.

“CMS is breaking new ground by looking at the issue of animal culture, social complexity, social learning and the role of individual and groups of individual animals as repositories of social knowledge. This pioneering work could have fundamental repercussions on how we approach conservation.” To address the overall goal of the workshop, namely to develop a list of key factors for identifying CMS-listed priority species and populations where social learning may influence their conservation, detailed discussions took place in four sub-groups. One considered the problem of human-wildlife conflict, which can both be caused by social transmission of reliance on human activities, as well as having negative effects on the animals’ social systems.

Another group considered the role of individuals, or groups of individuals, that act as repositories of social knowledge and the difficulty that the need to protect these individuals poses to conservation efforts.

Another issue of importance especially in the context of CMS, discussed by a third group, was the role of social knowledge and social learning in range recovery and migration, for example in the release of some bird species as part of reintroduction programmes.

Finally, a fourth group discussed the advantages and costs of specializations of cultural groups, which can potentially increase their foraging success but also could lead to higher vulnerability to environmental change.

“The science of animal culture, social complexity and social learning is an exciting and emergent scientific field. We are only beginning to understand how these findings can be used as a component of conservation strategies. This will be of importance for a wide range of taxa covered by the Convention.”

The workshop builds on the progress already made by the CMS Expert Group on Culture and Social Complexity (established in 2015), and was held in follow up to Resolution 11.23 (Rev.COP12) and the related Decisions 12.75-12.77. It was kindly hosted by the Appennino Tosco-Emiliano National Park and the Fondazione Monteparma.