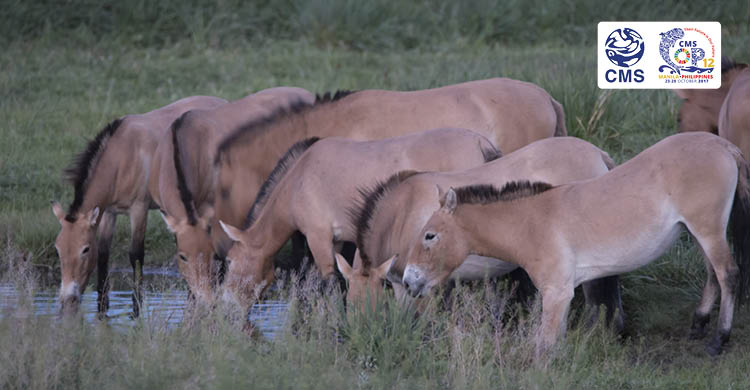 Manila, 22 October 2017 - Dubbed the ‘Serengeti of the North,’ Central Asia stretches from the Caspian Sea in the west to China in the east and from Afghanistan in the south to the Russian Federation in the north.

The vast deserts, semi‑deserts, grasslands and high mountains of Central Asia and adjacent regions, support some of the world’s last remaining large mammal migrations. Yet, unlike its African counterpart, it has been largely overlooked by conservation efforts.

The Convention on Migratory Species (CMS) will this week include proposals to protect two of Central Asia’s rarest species – Przewalski’s Horse and the Gobi Bear – on its agenda for the region. The Government of Mongolia has submitted proposals regarding these species to the Twelfth CMS Conference of the Parties in Manila. If agreed, their resolutions will afford the highest protection status under CMS to these animals, whose numbers are critically low.

The stoutly-built reddish-brown Przewalski’s Horse is the only surviving species of wild horse that has not been domesticated. They traditionally roamed the steppe, shrublands, and plains of western Mongolia and northern China, surviving in temperature extremes from 40°C in the summer and -45°C in the winter. However, their population has dwindled, with the last confirmed sighting in the wild made in 1969. Experts say that the horses' demise is due to severe winters, limited habitat and resources, disease and lack of information and awareness. In 2008, following a successful captive breeding programme, Przewalski’s Horses were re-introduced into the wild in China, Kazakhstan and Mongolia. As of 1 January 2014, the number of living captive and reintroduced animals was 1,988. 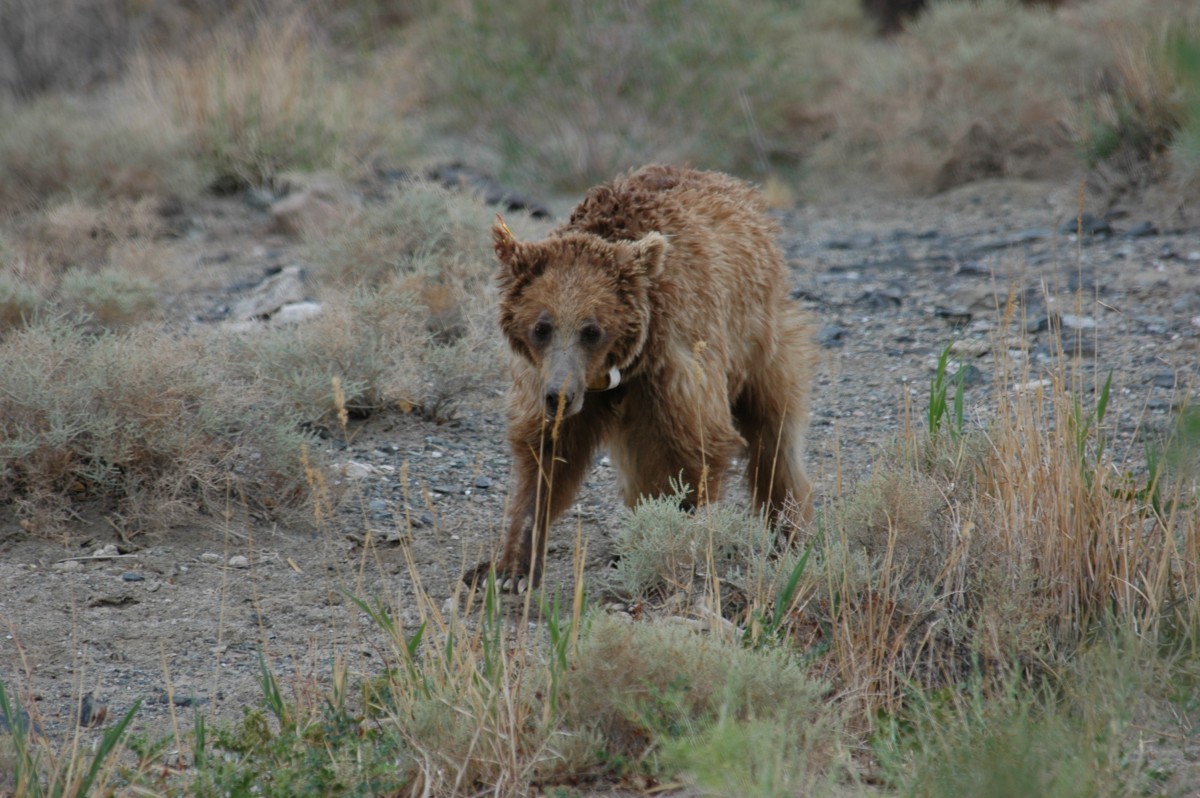 The smallish, light brown Gobi Bear - which is regarded as a national treasure by Mongolians - is found only in the extreme environment of the Gobi Desert. Population estimates indicate that fewer than 45 remain in the wild with none in captivity. The animals are a unique ecotype and are adapted to the low food availability and harsh environment of the Gobi Desert, where temperatures may vary between 46°C in summer to -34°C in winter. The Gobi Bear, together with the Wild Bactrian Camel, is considered as an umbrella species of the Gobi ecosystem. It means that the conservation of this species will help to protect other wildlife in the Gobi region. They are particularly vulnerable due to their small population, while climate change is affecting the availability of water and vegetative food.

If listed on Appendix I, the Gobi Bear will fall under the CMS Central Asian Mammals Initiative (CAMI), which currently targets 15 species, and already includes Przewalski’s Horse. The Initiative comprises 14 countries, nine of which have ratified the Convention (Afghanistan, India, Iran, Kazakhstan, Kyrgyzstan, Mongolia, Pakistan, Tajikistan and Uzbekistan), and five are non-Party States (Bhutan, China, Nepal, the Russian Federation and Turkmenistan).

Conserving these species requires coordinated planning across borders with a commitment to eliminate barriers to migration, protect habitat from degradation and fight poaching and illegal trade. Concerted efforts and partnerships among concerned governments and others, including the private sector and local communities, are essential. Through CAMI, CMS can support countries in those efforts and bring all stakeholders together to coordinate and agree on key actions.