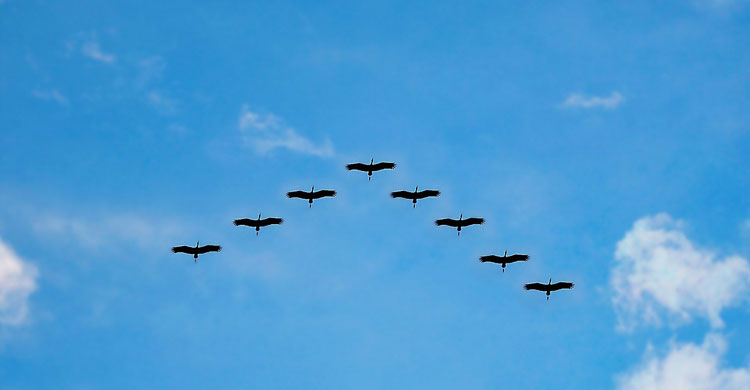 Bonn, 27 December 2017 - On 26 October 2017 on the sidelines of the CMS COP12 in Manila, Environment for the Americas (EFTA), the Convention on Migratory Species (CMS) and the Agreement on the Conservation of African-Eurasian Migratory Waterbirds (AEWA), announced an innovative partnership to boost awareness of the plight of migratory birds around the world. The new partnership formally unites two of the world’s largest bird education campaigns, International Migratory Bird Day (IMBD) and World Migratory Bird Day (WMBD) in a bid to strengthen recognition and appreciation of migratory birds and highlight the urgent need for their conservation.

From 2018 onwards, the new joint campaign will adopt the single name of “World Migratory Bird Day” and major celebration events will be organized twice a year, on the Second Saturday in May and October.

The new collaboration between the Convention on Migratory Species (CMS), the Agreement on the Conservation of African-Eurasian Migratory Waterbirds (AEWA) and Environment for the Americas (EFTA) establishes a single, more unified, global campaign organized around the planet’s major migratory bird corridors. These currently include the African-Eurasian, the East Asian-Australasian, and the Americas flyways.

IMBD was created in 1993 to raise awareness of migratory birds and their conservation throughout the Western Hemisphere. Now in its 24th year, IMBD has grown into a framework underpinning 700 events across the Americas, from Canada to Argentina and more than 15 countries in the Caribbean.

WMBD was initiated by AEWA and CMS in 2006 originally as a way to counter the negative public opinion towards migratory birds due to the spread of the H5N1 Avian Influenza virus. Following the launch in 2006, the campaign was celebrated globally around a central theme each year. A total of over 2,000 events have taken place in 140 countries since the campaign started.

Further updates about the new campaign, including the announcement on the chosen theme for 2018 will be published on both the WMBD and IMBD websites early in the new year. Steps are underway to create a single website for the future campaign.