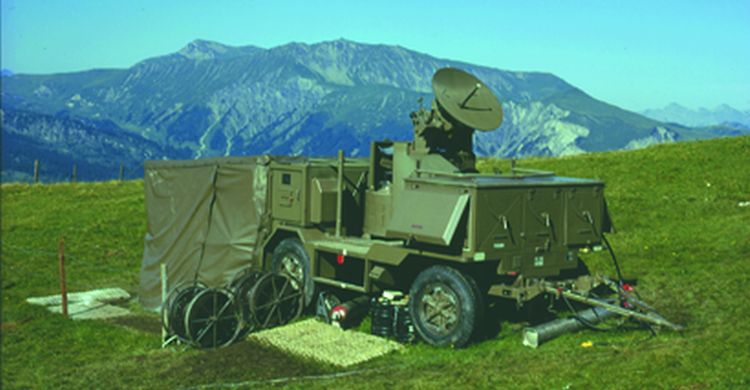 Bonn, 7 May 2014 -  A small airplane makes its final approach to land. But there is no airport, no landing strip, nor even a pilot to guide it down. This is an Unmanned Aerial Vehicle returning from its mission: not hunting down terrorists or spying on foreign lands, but monitoring populations of rhinos and scouting for tiger poachers.

This drone is not fitted with turbo Rolls Royce jet engines or aperture radar; instead, it features a Google Map interface, cameras, and simple infrared sensors. And it is no more expensive than an average laptop computer.

Such cheap new technologies are changing the face of conservation; and, for the United Nations Environment Program (UNEP), which administers the Convention on the Conservation of Migratory Species of Wild Animals, these new conservation tools cannot come soon enough. They fill the gaps in our knowledge about long-distance migration by species such as turtles, sharks, elephants, and birds. The data gathered are then used to develop tailored conservation strategies for these different species.

Because species that migrate across oceans and continents tend to be the most endangered, owing to the threats that such long journeys involve, they benefit from any technologies that allow scientists to learn about their behavior. For example, an ultra-light band that acts as a geo-locator now allows scientists to track small land birds during their incredible journeys. Scientists recently discovered that the red-necked phalarope starts its migration from Scotland’s Shetland Islands, crosses the Atlantic via Iceland and Greenland, flies south along the United States’ eastern seaboard to the Caribbean and Mexico, and ends its journey off the coast of Ecuador or Peru.

The International Cooperation for Animal Research Using Space (ICARUS) is developing a remote sensing platform that will orbit the earth, allowing scientists worldwide to track small organisms and carry out observations and experiments over large areas. As a result, scientists will soon be able to track and better understand extraordinary journeys such as those of loggerhead sea turtles, which are hatched in Australia, where they remain for a few years before migrating across the Pacific Ocean to Chile, Ecuador, or Peru. Thirty years later, they return to their birthplace.

New technologies are also proving invaluable for combating illegal poaching. In addition to the use of drones, conservation rangers are now equipped with heat-detecting thermal cameras and military helicopters, and can track elephant and rhino poachers, who reportedly use similar technologies (as well as automatic weapons) in pursuing their prey. Rangers are also using heat-seeking motion detectors and night-vision goggles to take on illegal bird trappers, who ensnare small songbirds using mobile phones that emit electronic bird calls, and 4x4 vehicles to check hundreds of kilometers of netting.

Moreover, Germany’s Federal Ministry of Nature Conservation and the World Wide Fund for Nature (WWF), in collaboration with Johannes Gutenberg University Mainz, have developed a way to measure the isotope in ivory samples to trace their provenance. This will allow customs officials and police to ascertain the origins of confiscated ivory so that they can pinpoint trafficking locations.

Another important use of technology is in reducing the frequency of “human-animal conflict” – inadvertent harm such as the unintended trapping of sharks, manta rays, marine turtles, dolphins, whales, and sea turtles in fishing nets. Conservationists have long sought to protect marine life in ways that do not create problems for fishermen. Recent tests have shown that shining ultraviolet lights against the submerged nets deters these species without affecting the fishing catch.

Other forms of human-animal conflict can be avoided with simple, mobile-phone apps. The US Fish and Wildlife Service, for example, uses a GPS tracking system to alert boaters on Florida’s inland waterways to potential collisions with manatees. In Western Australia, an app now warns swimmers of nearby sharks. Similarly, better tracking of migration routes and the use of sensors could teach us more about sharks’ movements and habitats, and thus help us to avoid them.

Although technology alone may not be able to protect all precious migratory species, it can provide vital knowledge and help to enforce important international laws and regulations, such as the Convention on Migratory Species, and the Convention on International Trade in Endangered Species. Moreover, technology can improve our understanding and appreciation of our planet’s fragility, and allow humans and animals to coexist more harmoniously.