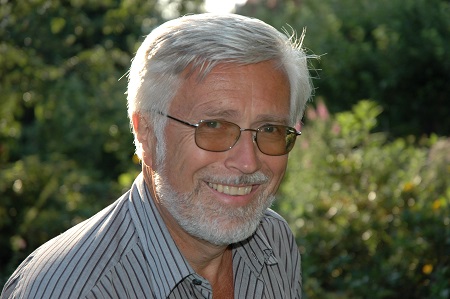 Born in Norway in 1945, Peter J. Schei grew up on a farm.  From early childhood he was interested in nature and often went out in the woods with his father.  He started serious birdwatching and bird study first at the age of 19, when he began reading biology at the University of Oslo. He also studied botany, mathematics, chemistry and biochemistry and graduated in 1971 with Cand. real. Zoology (between Master of Science and PhD) where his thesis was on migration and population dynamics of the European starling.

In 1973, Peter joined Norway’s newly established Ministry of the Environment, the first in the world, as a scientific consultant and continued his career within the Ministry, taking various positions, including Head of Division. From 1985 he joined the Directorate of Nature Management, where he became Director General in 1989. From 1995 he held a position as International Negotiations Director, mostly working for the Ministry of Environment.

Starting in 1979 Peter was appointed Head of the Norwegian delegation to many Conventions such as CITES, Bern, and Ramsar and from 1989 he was heading the Norwegian negotiations on CBD and the “Biosafety-protocol”. He has since been closely involved with the Convention on Biological Diversity, as chair of SBSTTA, its advisory scientific committee, and he is considered as one of its “founding fathers”. He has also worked with IUCN, as a member of the Commission on Parks and Protected Areas, the Species Survival Commission, and the Commission on Ecosystems Management. Peter has also been involved with various initiatives for the UN, among them the UN’s Millennium Project, the Millennium Ecosystem Assessment, and was heading the biodiversity part in the World Summit in 2002.

He left the government in 2004 and became the Director of the Fridtjof Nansen Institute, an independent foundation engaged in research on environmental, energy and resources management politics, until 2012. In 2004 he also was elected as the Chairman of BirdLife International, a position he held until 2013. Presently he is an associate researcher at the Institute, and has a position as honorary Vice President in Birdlife beside the position as a CMS Ambassador.