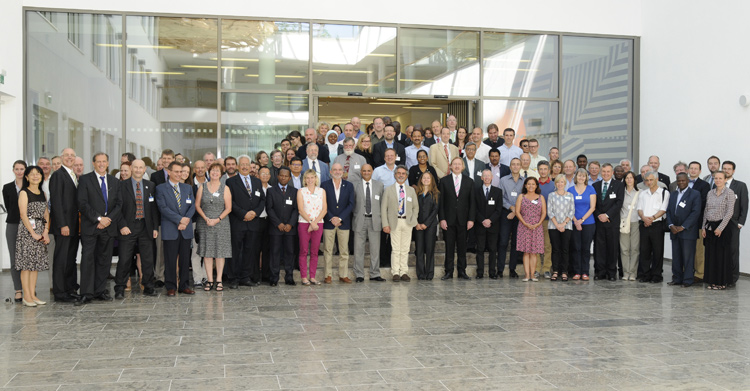 Bonn, 10 July 2014 - The Scientific Council of the Convention on the Conservation of Migratory Species of Wild Animals (CMS) has set major landmarks at its 18th Meeting held in Bonn from 1-3 July.  The Scientific Council advises on the implementation of the Convention and identifies important issues to be brought to the attention of the Conference of the Parties (COP) which is the main decision-making body of CMS.

Following proposals for the inclusion of species in CMS Appendices received by the Secretariat in early June, the Council reviewed the scientific foundation for the listing of species such as the Lion, Polar Bear, Hammerhead Sharks, Sawfish, Mobula and Manta rays and others and made its recommendations to the forthcoming eleventh Meeting of the COP, which will have to make the final decision.  The Council also discussed criteria for the future listing of species on CMS Appendices, and agreed to develop a draft Resolution to be submitted to COP11 for adoption.

The Council also reviewed Action Plans for the conservation of migratory species in need of urgent conservation measures, including Migratory Landbirds in Africa-Eurasia, the Argali sheep, populations of the Pacific Loggerhead Turtles and the Saker Falcon. All Action Plans were endorsed and recommended for adoption by COP11.

The Scientific Council reviewed the practice of Concerted and Cooperative Actions designed to promote conservation measures for individual species or species groups listed on the CMS Appendices, as an alternative to concluding Agreements and Memoranda of Understanding. Appendix I species such as the Argali, the Saker Falcon and the Loggerhead Turtle benefit from Concerted Action. Other prominent examples of CMS Concerted Actions concern Sahelo-Saharan Antelopes and Central Asian Mammals. The Scientific Council recommended streamlining Concerted and Cooperative Actions by merging them into a single instrument. The COP will consider this proposal.

A number of draft Resolutions were examined, which will be submitted to the COP for adoption.

The final versions of reviews concerning the impact of marine debris and invasive alien species on migratory species, and the ecological effects of poisoning on migratory birds, prepared at the request of COP10, were endorsed, and provided the substance for draft resolutions submitted to COP11 for adoption.

Renewable energy was also a key topic on the agenda. The Scientific Council reviewed progress in developing a comprehensive review and guidelines on minimizing or avoiding conflict between renewable energy technology and migratory species. COP11 is expected to endorse the guidelines along with a proposal to establish a multi-stakeholder task force on reconciling selected energy sector developments with migratory species conservation. On a related topic, the Council reviewed a draft Programme of Work on climate change and migratory species, which will also be submitted to COP11 for adoption. A draft Programme of Work on migratory birds and flyways was also reviewed.

The meeting also reviewed draft resolutions on diverse topics such as sustainable boat-based wildlife watching tourism, conservation of migratory sharks and rays, taxonomy and nomenclature of birds listed in CMS Appendices, application of ecological networks to address the needs of migratory species, illegal killing and trade of migratory birds, and recommended the development of additional draft resolutions on the conservation implications of cetacean culture, and the live capture of cetaceans from the wild for commercial purposes.

The meeting also provided comments on the draft Strategic Plan for Migratory Species 2015-2023, and considered possible indicators to assess its implementation once adopted.

Finally, the meeting discussed possible options for a revision of its organizational structure, with a view to increase efficiency while limiting costs, which will be discussed at COP11.

During a special event in the margins of the Meeting, Uganda handed over its instrument of accession to the Gorilla Agreement. The representative of Uganda, Barirega Akankwasah highlighted that this would further enhance the trilateral cooperation in the Virunga between the Democratic Republic of Congo, Rwanda and Uganda. Wildlife watching was an important pillar of Uganda’s economy and helped reduce conflicts between humans and gorillas. Local communities received 20 per cent of the revenues from gorilla tracking tours. This approach to conservation could play a significant role when replicated elsewhere.

At a time when migratory species are exposed to an increasing variety of threats, the Scientific Council has effectively demonstrated the need for Parties to meet this challenge. Now it has paved the way for important decisions to be taken at the forthcoming COP11. Time for action!