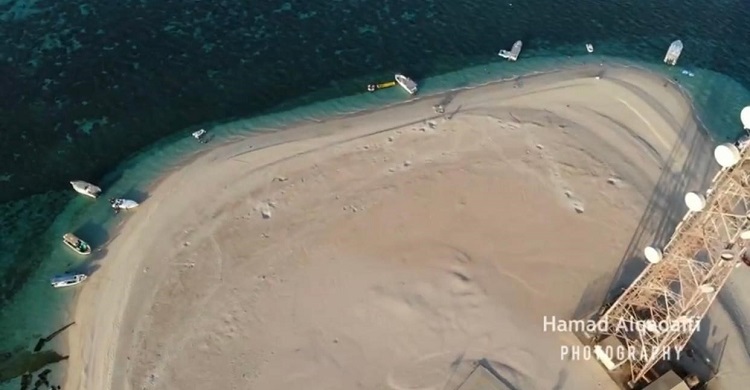 Although the ‘anthropause’, a period of reduced human activity associated with the COVID-19 pandemic (Rutz et al. 2020), has benefited biodiversity on a global level, anecdotal evidence shows that some species have suffered including sea turtles.

Numerous headlines have brought to light how restrictions to human mobility during the start of the pandemic have helped sea turtle populations in some regions thrive; unfortunately this was not the case for sea turtles in Kuwait’s territorial waters. Although turtle fatalities occurred sparsely in the years pre-covid (0-2 individuals yr-1),  the number of reported turtle deaths along Kuwait’s coast during 2020 was unprecedented. KEPA (Kuwait Environmet Public Authority) reports show that during late-spring/summer of 2020 (sea turtle nesting season), ten dead sea turtles were officially reported either floating off shore or stranded on beaches with the cause of death being attributed to boat strikes or entanglement in ghost gear. These dead sea turtles were found along a small stretch of southern coastline which represents 10% of the entire coastline of Kuwait, where beachfront holiday houses are located. Pre-covid, most beach house owners vacated abroad during the peak of nesting season. However, the COVID-19 lockdown and global airport-border closures prompted them to shift residence from their City homes to their beach houses. Such homes, locally referred to as ‘chalets’, are extended/joint family homes with a minimum of 10 pax per home. This led to increased recreational activities and trafficking along the southern coastline, thus raising concern regarding the status of offshore islands, mainly Qaruh and Um Al-maradim, which are known to be major nesting sites. The beaches of these islands were sparsely visited pre-covid, yet were heavily targeted destinations during lockdown by residents of the southern mainland beaches, diving centers and fishing boats.

Logistical challenges prevented specialists from conducting visits to the islands during 2020; however a joint team from Kuwait University and KEPA made efforts to assess the nesting activity at Qaruh Island during 2021. Several overnight weekend-visits were made to Qaruh Island from July throughout October. During this period, twenty-five well-defined body-pits were observed along the Eastern beach with tracks being indicative of two species, the Green Sea Turtle Chelonia mydas and the Hawksbill Sea Turtle Eretmochelys imbricata. The team regularly patrolled the beaches from dusk till dawn, yet no female or hatchling emergence were encountered during the assessment period. Although the viability of the nests could not be determined, other indications reflected successful nesting. Three dead hatchlings were found desiccated on the island: close to the Coast Guard Centre at the western side of the island, near a municipality garbage container situated at the nesting beach; while one was found dead floating in the water at the western side of the island under the landing jetty. Another indication on the viability of the nests was the presence of egg-shell fragments which were found exposed from the nest in October. The beach had lost 1.5-2 foot depth of sand due to erosion by waves leading to the formation of an escarpment thus exposing 2-3 turtle nests at the eastern beach.

During the beach scouting many man-associated disturbances were noticed. Beachgoer footprints showed trampling on sea turtle nests. Human waste belonging to beachgoers exceeded threefold the capacity of the municipality bins placed on the island, and several bins were placed at the nesting beach. Some beachgoers spent time in close proximity to nests, while others remained on the beach even after total darkness using camping lanterns. A disappointing sight was that of a large nest of a green turtle that had been used as a dumping pit for food and charcoal.

The increased human presence at Qaruh Island amid restricted travels in association with the COVID-19 pandemic poses a significant threat to nesting sea turtles. The fact that no turtles emerged at night during our weekend visits throughout the entire assessment period might be attributed to the heavy traffic in the waters around the island and on the island's beaches. The extensive number of boats around the island and the people on the beach especially during the weekends not only causes disturbance to nesting females but also could prevent them from emerging, thereby causing them to abort nesting all together.

Sound policies promoting the survival and protection of the endangered sea turtles of Kuwait need to be implemented urgently to protect sea turtle populations throughout the region. KEPA is working hand in hand with local and international specialists and are currently addressing how to protect nesting beaches and their surrounding waters during the nesting season in aim to safeguard the endangered sea turtles and their habitats. This comes in compliance with KEPA law No. 42, 2014 that aims at guaranteeing sustainable development while conserving biodiversity. 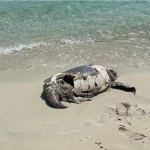 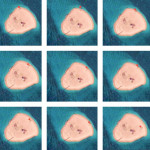