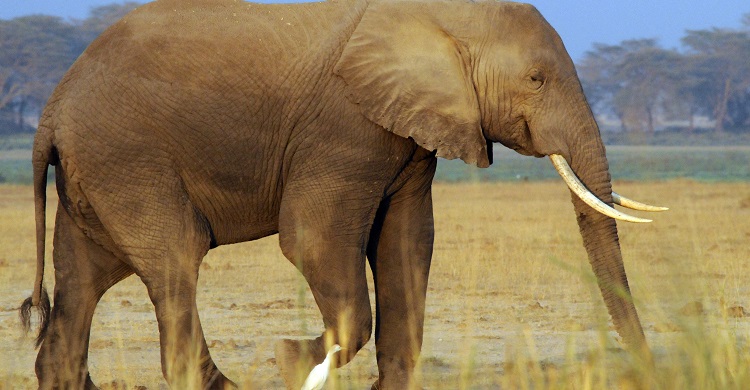 Originally published in The Guardian

London was the place to be this week for those fighting global wildlife crime. Prince Charles and the Duke of Cambridge were joined by an impressive coalition of heads of state, ministers and officials of 50 countries to end poaching of elephants, rhinos and other illicit trade of endangered animals that have been linked to terrorism and organised crime.

The summit is the result of last year's call by the royals for war to be declared on wildlife crime. Their concern is totally justified and the statistics are horrifying: in 1979 there were 1.3 million elephants in the wild in Africa, today there are possibly 500,000, of which on an average 100 are being killed each day by poachers. At the beginning of the 20th century there were 500,000 rhinoceroses; today there are fewer than 30,000. Alarmingly poaching levels have skyrocketed: 13 rhinos were killed in South Africa in 2007; last year the number was over 1,000.

Other less well-studied mammals such as Addax antelopes and Dama gazelles in northern Africa are also suffering dramatic drops in numbers due to poaching and overexploitation. Only a few hundred individuals of both species remain in Niger and Chad.

The illegal trade in wildlife is big business with an annual value of $20bn (£12bn), much of it controlled by criminal organisations according to Interpol. International trade in ivory was banned under the UN Convention on International Trade in Endangered Species of Wild Fauna and Flora (Cites) in 1989. But with ivory prices up to $3,000 per kilo (20 times that for rhino horn) and an insatiable demand in primarily Asian markets, the profits tempt many to flout the law.

Also in London this week, conservationists at a symposium organised by the Zoological Society of London called for action on a broad front: stronger legislation, better equipped frontline wildlife rangers and awareness-raising campaigns to reduce demand. Practical steps have already been taken: Britain sent 25 paratroopers to train Kenyan wildlife rangers who face well-armed poachers, while the EU is now supporting Cites by funding the minimising illegal killing of endangered species initiative.

Controlling poaching is only part of the battle. Broader, internationally agreed conservation policies are also needed. Cites works closely with the UN Convention on Migratory Species, since the two complement each other – the former having a focus on regulating international trade, the latter with a remit to promote international co-operation to conserve species that cross international boundaries.

Under CMS, all 13 west African countries with elephants have agreed to conserve their remnant populations – possibly just 7,000 in all, representing 2% of the continent's total. Here fragmented habitats and conflicts with human activities rather than poaching are the greatest threats.

With the poaching having now reached levels that require urgent action, central African countries would benefit from having a similar arrangement and should identify the immediate steps to be taken. By indicating that they are serious about getting their own backyard in order, they could provide the incentive for those with the requisite resources and expertise to intervene.

There should be no illusions that this will be straightforward: some of the world's greatest hotspots for biodiversity are war zones and poaching is feeding off political instability, creating a vicious circle where the profits from ivory are fuelling the unrest.

By using CMS to signal the importance they attach to migratory wildlife, governments would make an unequivocal commitment to conserve their endangered wildlife. There is no good reason why they should not replicate the success of the CMS-led initiative concerning the Saiga antelope where numbers are slowly recovering after falling by 95% within 10 years following the collapse of the Soviet Union.

Adding the most vulnerable African elephant populations to CMS Appendix I could be a positive step that could be taken at the CMS Conference of Parties later this year in Ecuador. Implementing internationally agreed and concerted conservation actions would be another. Both would form the building blocks for the recovery of elephant populations.

But the battle still needs to be waged on two fronts – in Africa, the literal battle against the poachers, but just as important, the battle for hearts and minds has to be fought and won in those countries where the demand for ivory is driving the elephant to the brink of extinction.