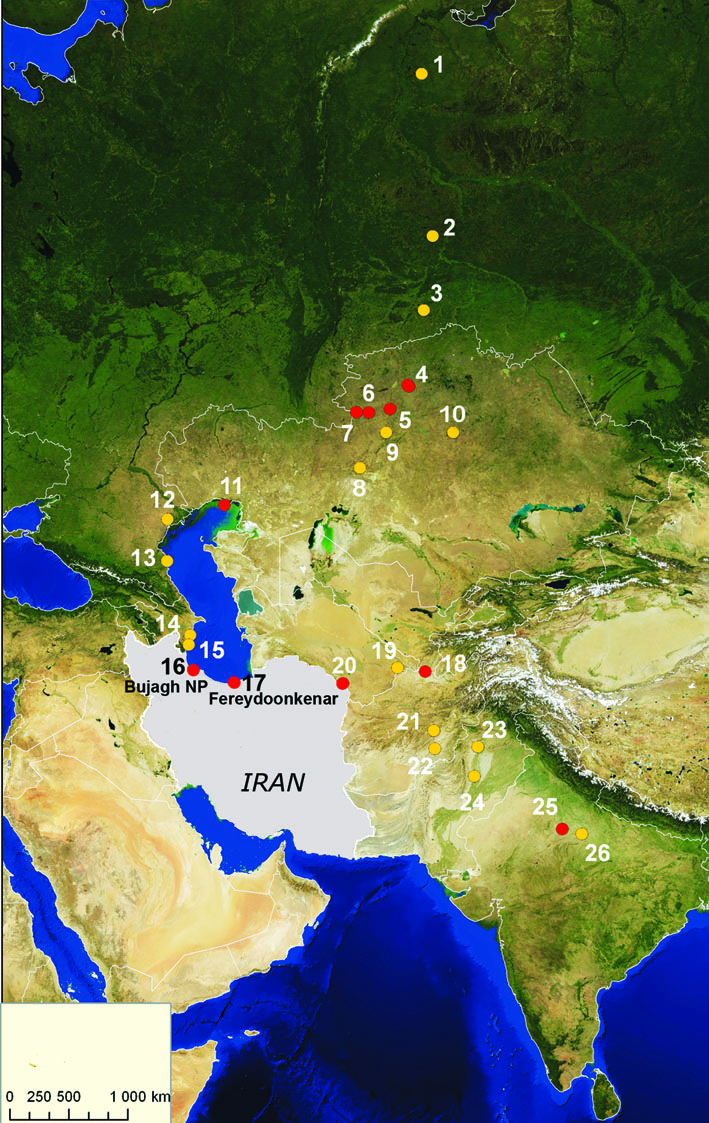 The Western Asian flock of the Siberian Crane spends the winter in the South Caspian lowlands in the Mazandaran Province of Islamic Republic of Iran. The only known wintering grounds of this flock are located in Fereydoon Kenar. Bujagh National Park is considered a potential wintering site for the Siberian Crane.

Aerial surveys over other wetlands in Mazandaran Province in 2000 failed to find Siberian Cranes. Comprehensive ground surveys in both Gilan and Mazandaran Provinces in 2000 and 2003 also failed to locate cranes at other sites, and the annual midwinter waterbird counts across the south Caspian lowlands have not found any.

Satellite transmitters show that Siberian Cranes fly to the north along the Caspian Sea, probably with a short stopover near Ardebil.