The conservation of wetlands used by Siberian Cranes is vital to the survival of the cranes. These wetlands are widely separated along a corridor between the breeding and wintering sites. 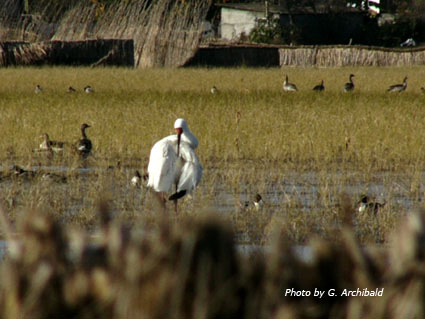 Sixteen sites of importance to the Siberian Crane that are also significant to global biodiversity were included in the UNEP/GEF Siberian Crane Wetland Project (SCWP), which aimed to protect an ecological network of these sites.  Under the UNEP/GEF SCWP, conservation actions are being taken to help assure the long-term survival of Siberian Crane habitats in China, the Islamic Republic of Iran, Russia, and Kazakhstan, including securing improved legal protection and management capacity for protected areas.

In China major staging areas in north-eastern country as well as wintering ground are protected by national nature reserves (principally the Zhalong, Momoge, Xianghai, Keerqin, and Poyang National Nature Reserves). However, many others in the flyway remain unprotected, including recent discovered migration stopover at Huanzidong Reservoir in Liaoning Province. During the UNEP/GEF SCWP implementation, the upgrading of Nanjishan NR (from provincial to national level) and Duchang NR (from county to provincial level) and creation of HeXi County Nature Reserve (4,000 ha) are all components of the general strategy to strengthen the protected areas network within Poyang Lake Basin – the main wintering ground of Eastern Asia popultion.

In the Islamic Republic of Iran, the conservation of the cranes at the main wintering site (Fereydoonkenar) is a highly sensitive issue with local communities who use the area for commercial duck trapping and shooting. The support of these communities is essential for the future security of this flock, requiring close cooperation with government authorities. The Department of Environment (DoE) increased control of shooting in this area through the establishment of a new Non-shooting Area and is consulting with local communities on conservation measures. Four Trappers Associations have been established under the UNEP/GEF SCWP.

In Kazakhstan, during the UNEP/GEF SCWP implementation, four project sites (Tyuntyugur-Zhansura, Naurzum, Zharsor-Urkash, and Kulykol-Taldykol lake systems) were designated as Ramsar sites in 2009, as an addition to the existing Ramsar site – Ural River Delta. The substantial enlargement of Naurzum Nature Reserve, coupled with development of the buffer zone and a management plan supported its inclusion as part of the World Heritage Site Saryarka – Steppe and Lakes of Northern Kazakhstan (450,344ha), inscribed on 12 July 2008. In 2008, Zharsor-Urkash Wildlife Refuge (53,350 ha) was established under administration of Naurzum Nature Reserve. 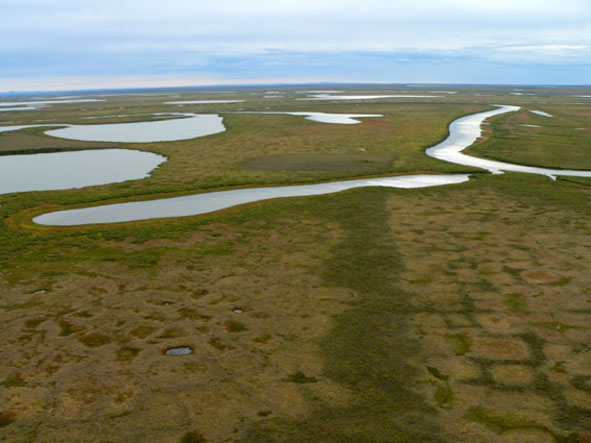 In Russia the status of protected areas in West Siberia has been significantly impaired by the loss of status and funding for federal wildlife refuges under the Ministry of Agriculture due to reorganization in governmental nature conservation agencies. Creation of the regional Synsko-Voikarskiy Nature Park as a buffer zone adjacent to Kunovat Wildlife Refuge, the breeding grounds of the Central Asian flock, will improve its protection. The important migration stopover along Western Flyway is located in Astrakhan State Nature Reserve, which was managed under the other UNEP/GEF Project in Low Volga.