Although the Siberian Cranes are legendary birds in Asia, little was known about their biology and their habitat 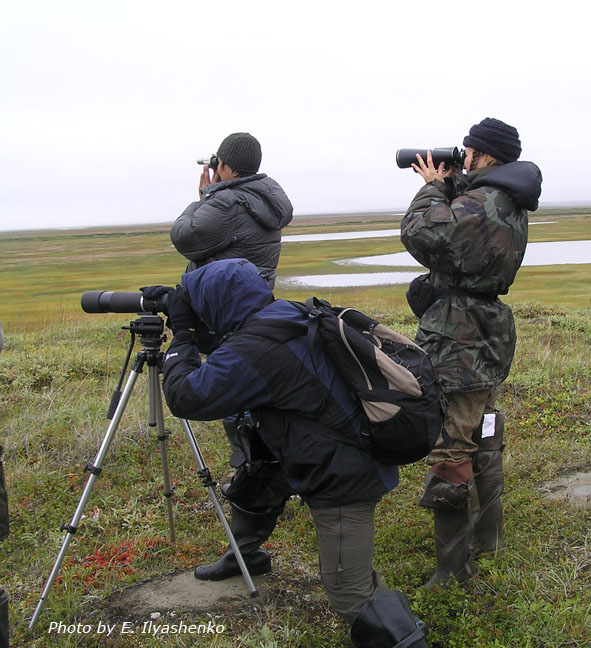 needs until recent decades. In Russia Dr. Vladimir Flint and his team documented the ecology and behaviour of Siberian Cranes on their breeding grounds in Eastern Siberia in the 1960s and ‘70s. In 1980, Dr. Zhou Fuchang and Dr. Ding Wining discovered the wintering grounds of these cranes at Poyang Lake in China. In 1981, Flint’s assistant, Dr. Alexander Sorokin and his team located the nesting grounds of Siberian Cranes in the basin of the Kunovat River in western Siberia. These birds were later confirmed to be the well-known cranes that wintered at Keoladeo National Park in North Central India. In 1978, Dr. Ali Ashtiani discovered a small flock of Siberian Cranes wintering on Iran’s Caspian lowlands. In 1996, Dr. Yuri Markin and Iranian colleagues working together with the Wild Bird Society of Japan attached a radio transmitter (capable of communicating with a satellite) to a male crane from that flock. Later that spring, by following the signals from the satellite transmitter, Dr. Markin and Dr. Sorokin discovered the nesting grounds in a remote area about 1000 km south of the Kunovat Basin.