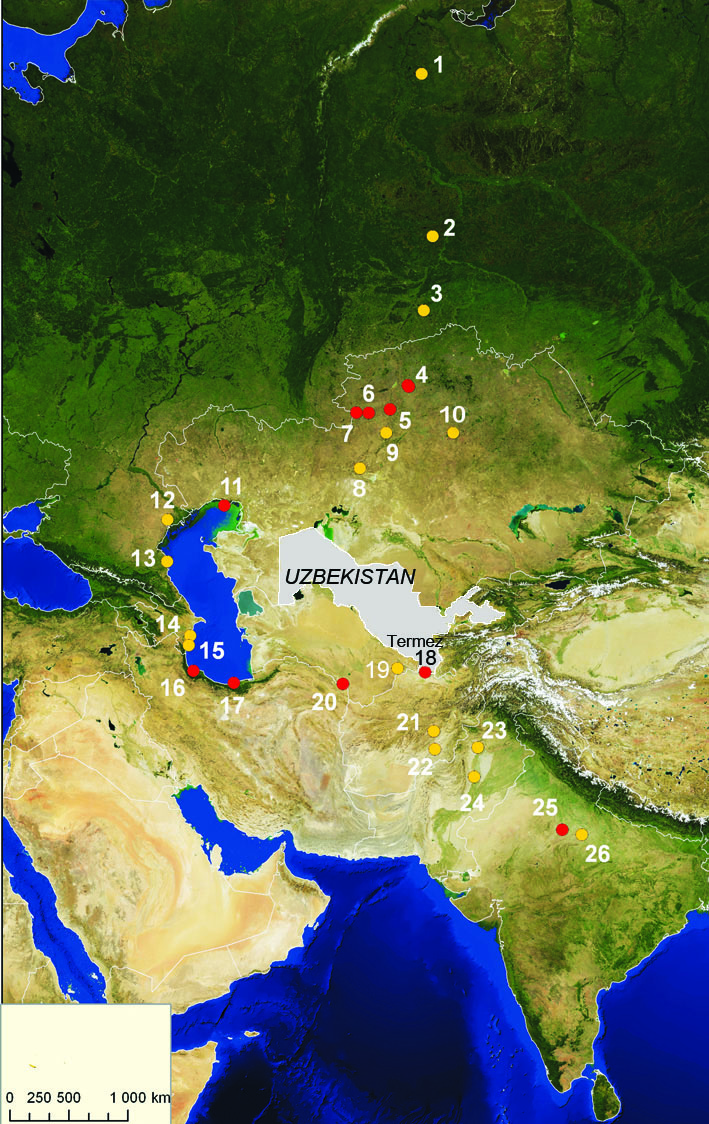 There are a few records of the Siberian Crane in Uzbekistan in the nineteenth and beginning of twentieth century in different parts of the country. These sightings were described by N.A. Zarudny, an ornithologist who worked in former Turkestan and southeastern Persia.

Data has also continued to come in during last decade. Almost all Siberian Cranes were sighted in flocks of Eurasian Cranes, and one was recorded in a flock of Demoiselle Cranes. It is important to note that the places where sightings were recorded lie on one of the main spring and fall migration flyways of the Eurasian Crane and several other large bird species, which crosses the Kyzylkum Desert from the lower Syrdaria through the valley of the Amudaria, through Badkhys State Nature Reserve (South Turkmenistan) and further to the Middle East.

Siberian Cranes, along with Eurasian and Demoiselle Cranes, cross Uzbekistan during season migrations. Siberian Crane sightings show that there are no traditional migration stopovers in the territory of Uzbekistan but that they have occasionally stopped for short periods of rest in different parts of the country.

Near the town of Termez, Uzbekistan, a vast expanse of wintering grounds for Eurasian Cranes and other waterbirds was discovered in 2001. During the next few years, comprehensive surveys and bird censuses were conducted there. This site is considered as a potential wintering ground for the Siberian Crane.

In May 2007, Uzbekistan nominated one site in WCASN: