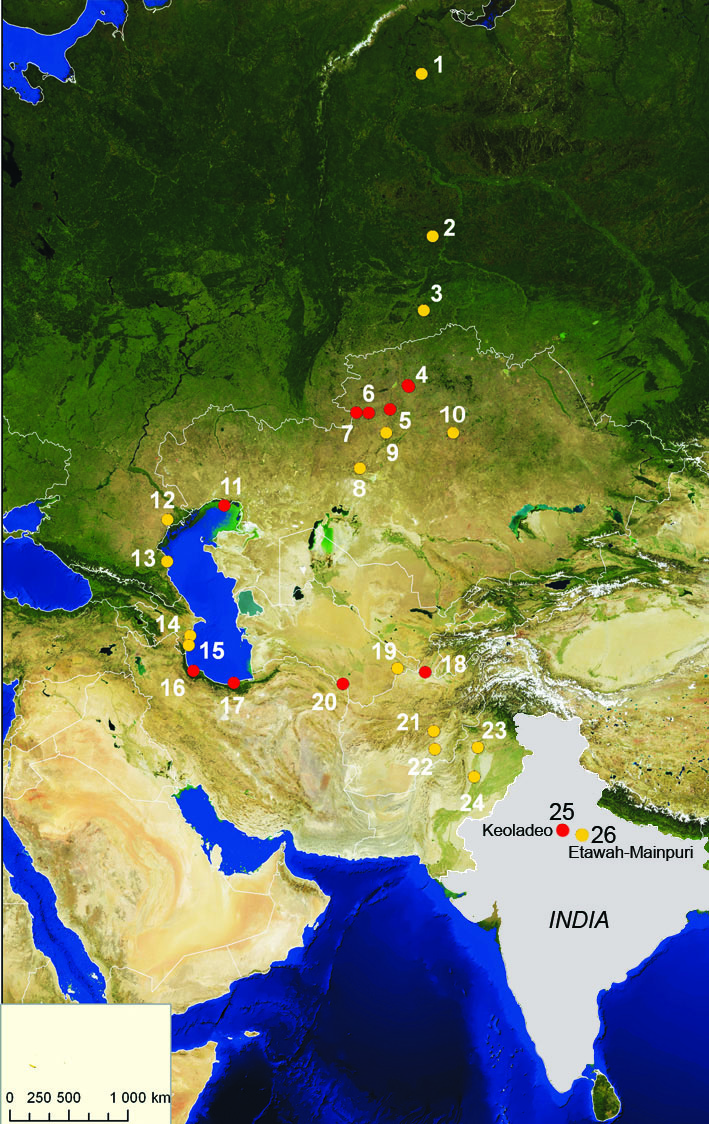 Historically, Siberian Cranes of the Central Asian Flock overwintered in wetlands in the Etawah and Mainpuri districts of India. In the nineteenth century, after the creation of artificial wetlands in Bharatpur, Rajasthan state, in northwestern India, Siberian Cranes were observed in the Bharatpur wetlands regularly. Thanks to international support, the Keoladeo (Ghana) National Park (KNP) was established in Bharatpur on the eastern fringe of the Punjab Plains in 1967, and since the 1960s the regular monitoring of Siberian Cranes was provided. KNP was the last consistently confirmed wintering area for the species. In the park and surrounding area, they used the open wetlands and habitats that are maintained by a system of artificial water impoundments surrounded by dikes.

In the winter of 2002/03, Siberian Cranes did not arrive in KNP. This was preceded by the worst drought in the history of the park. The entire area of this renowned wetland habitat was completely dry. Since that winter, Siberian Cranes have not been spotted anywhere in India.

In May 2007, India nominated in WCASN one site: Kepladeo (Ghana) National Park