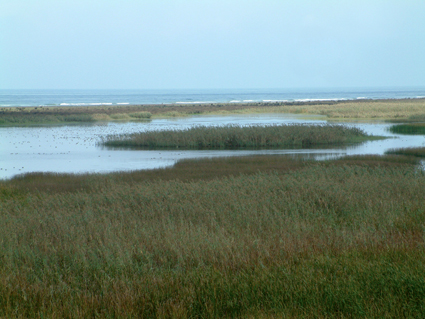 Importance for the Siberian Crane. Bandar Kiashahr Lagoon and the mouth of Sefid Rud are good representative examples of natural wetlands characteristic of the South Caspian Lowlands. This territory can be considered as a potential wintering site of the Siberian Crane. It is suitable for release and establishment of new wintering area in Iran.