The Bentfin Devil Ray (Mobula thurstoni) is one of three Mobula rays with a worldwide distribution. Mobula are slow-growing, large-bodied migratory, planktivorous animals with small, highly fragmented populations that are sparsely distributed across the tropical and temperate oceans of the world. Their biological and behavioural characteristics (low reproductive rates, late maturity and aggregating behaviour) make these species particularly vulnerable to over-exploitation in fisheries and extremely slow to recover from depletion. The lack of specific records of Mobula landings at the species level, mainly as a result of the difficulty in distinguishing between the different Mobula in the field makes assessment of the conservation status of individual Mobula species extremely difficult.

The Bentfin Devil Ray has a highly specialized diet of krill. The species is pelagic in shallow waters. Mating and early life are reported to take place in shallow water during the summer and into the fall, while segregation by size and sex is seasonal. 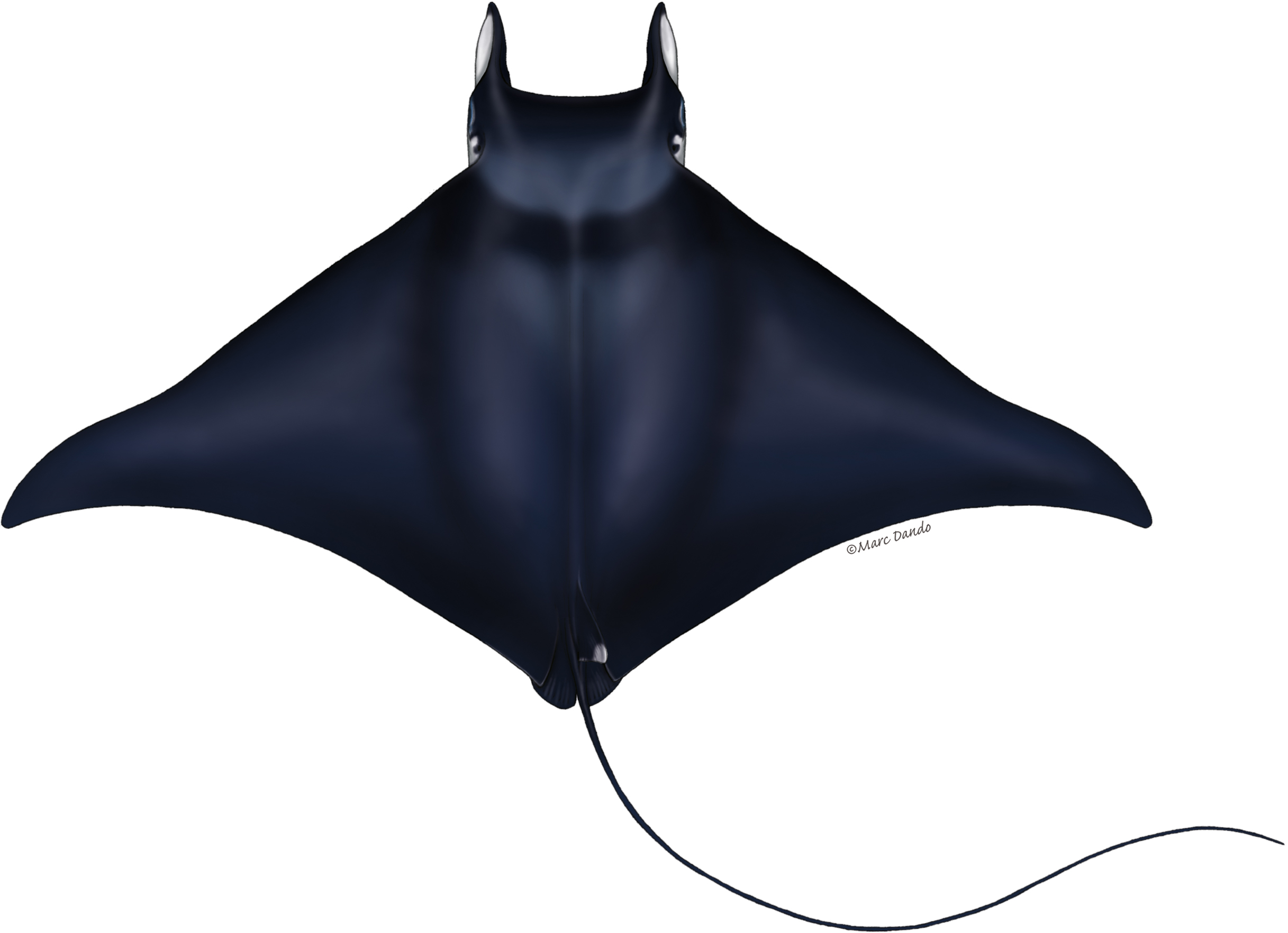