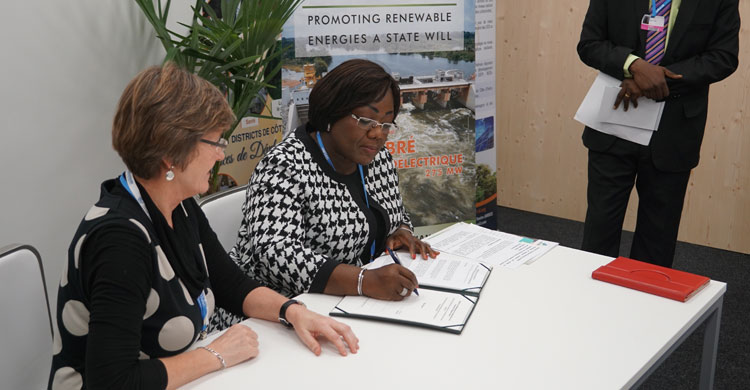 Bonn, 17 November 2017– At a second special ceremony held yesterday in the margins of the UNFCCC COP23 in Bonn, Minister Anne Désirée Ouloto of Côte d’Ivoire signed the Memoranda of Understanding on the Conservation of Migratory Sharks and on the Conservation of Migratory Birds of Prey in Africa and Eurasia (Raptors MOU).  Côte d’Ivoire thus becomes the 48th Signatory to the Sharks MOU and the 59th Signatory to the Raptors MOU.

By signing these two MOUs, Côte d’Ivoire confirms its determination to protect migratory species which play a crucial role in their ecosystems and are an important indicator of climate change.

Côte d’Ivoire acceded to CMS in 2003 and hosted the second meeting of the African-Eurasian Migratory Landbirds Working Group in Abidjan in November 2015.