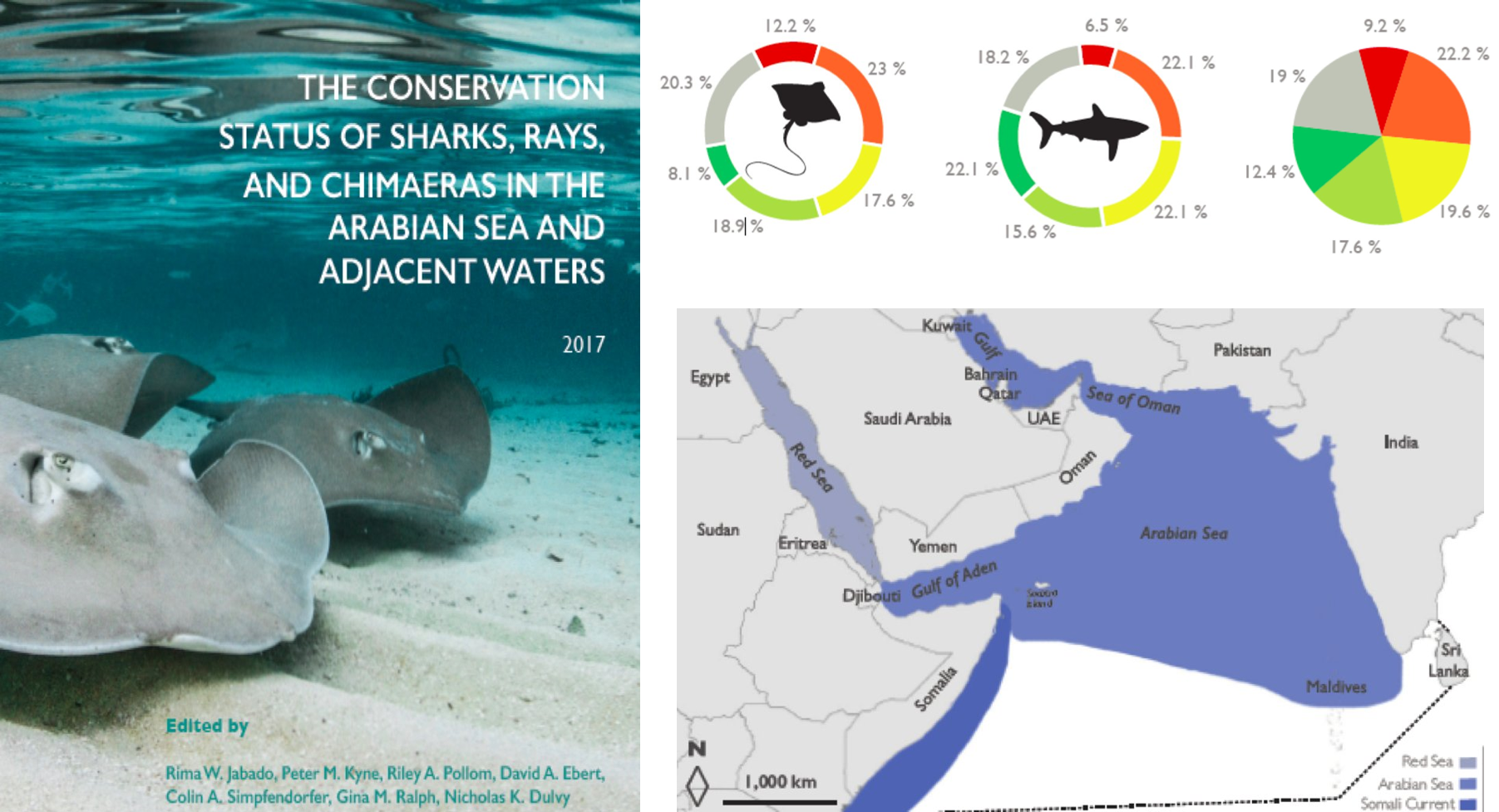 Chondrichthyan (sharks, rays, and chimaeras) populations in the Arabian Seas Region are some of the most threatened in the world, due to very high pressures from fisheries and particularly bycatch. Following concerns over the threat of extinction that these species are facing, the Environmental Agency – Abu Dhabi (AED), in collaboration with the IUCN Shark Specialist Group (SSG), held a regional Red List Workshop in Abu Dhabi, United Arab Emirates, in February 2017. The workshop comprised leading international and regional experts to prepare 30 global and 123 regional species assessments, which were submitted to the IUCN Red List of Threatened Species. The Secretariat was able to provide a small grant to contribute to the development of these assessments.

The report shows that 78 species (50.9%) are considered threatened within the Arabian Seas Region, a number which is significantly higher than other areas with regional assessments. This result does not include Data Deficient species, which if assumed to be equally threatened, indicates that 62.9% of the species are threatened.

For all assessed chondrichthyans, 84.6% of species are of elevated conservation concern. This outcome means that measures must urgently be taken to strengthen management measures and to develop concerted national and regional actions, so that the sustainability of these populations can be ensured for the future.