Photo: Save our Seas Foundation Magazine

Sharks and Rays at CMS COP 11 - What comes next?

A record number of migratory sharks and rays were listed for global protection at the CMS COP11, held in Quito, Ecuador in 2014.  But, what comes next?

The Giant Devil Ray (Mobula mobular) is the largest of the genus Mobula. Mobula are slow-growing, large-bodied migratory, planktivorous animals with small, highly fragmented populations that are sparsely distributed across the tropical and temperate oceans of the world. Their biological and behavioural characteristics (low reproductive rates, late maturity and aggregating behaviour) make these species particularly vulnerable to over-exploitation in fisheries and extremely slow to recover from depletion.

The Giant Devil Ray occurs in offshore, deep waters and, occasionally, in shallow waters throughout the Mediterranean Sea, in waters ranging in depth from few tens of metres to several thousands (with the exception of the northern Adriatic) and possibly in the nearby North Atlantic.

Mobula rays are caught in commercial and artisanal fisheries throughout their global warm water range in the Atlantic, Pacific and Indian Oceans. Directed fisheries primarily utilize harpoons and nets, while significant bycatch occurs in purse seine, gill and trawl net fisheries targeting other species, including on the high seas. A recent surge in demand for mobula ray products (gill plates) in China and reports of increased direct fishing effort in key range states suggests an urgent and escalating threat to these species. The Giant Devil Ray is classified by the IUCN Red List as Endangered, with a decreasing population trend. 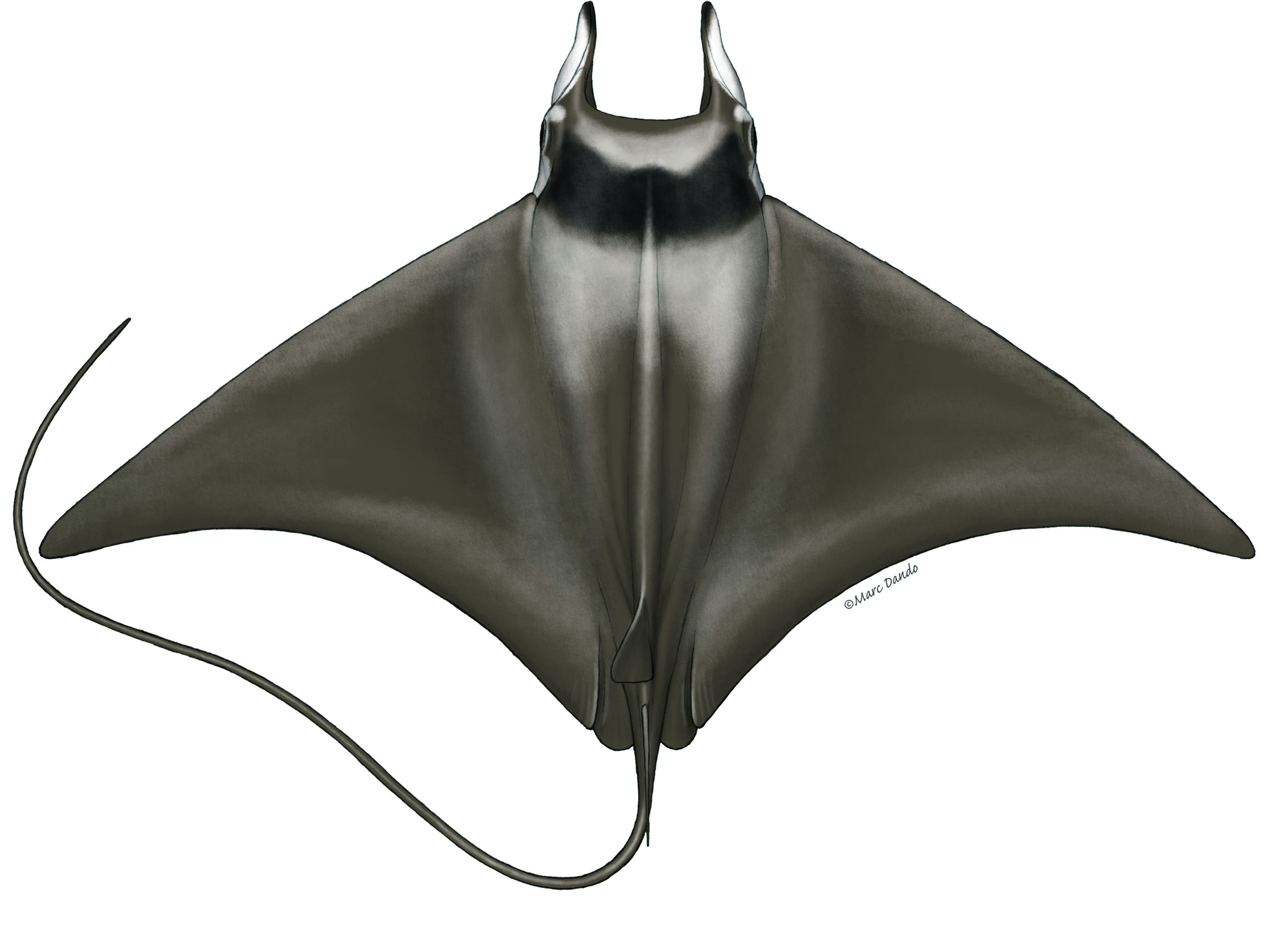