Photo: Save our Seas Foundation Magazine

Sharks and Rays at CMS COP 11 - What comes next?

A record number of migratory sharks and rays were listed for global protection at the CMS COP11, held in Quito, Ecuador in 2014.  But, what comes next?

Manta alfredi, a globally distributed and highly migratory species, is proposed here for listing on CMS Appendix I and II. This iconic and highly vulnerable species would benefit from strict range state protections under a CMS Appendix I listing as well as collaborative management initiated under a CMS Appendix II listing, since it is a slow reproducing, commercially exploited aquatic species that is in decline. In addition, international cooperation under the Appendix II listing would be greatly facilitated by adding all species of the Subfamily Mobulinae (Genus Manta and Genus Mobula) to Annex I of the CMS Sharks MoU. Increasing international trade in Mobulinae gill plates, and to a lesser degree skins and cartilage, and unregulated bycatch in industrial and artisanal fisheries, have led to significant rates of decline in population sizes in recent years.

M. alfredi are slow-growing, large-bodied migratory animals with small, highly fragmented populations that are sparsely distributed across the tropical and oceans of the world. They have among the lowest fecundity of all elasmobranchs, typically giving birth to a single pup with a gestation period of approximately one year, placing them into FAO’s lowest productivity category. Global population numbers are unknown, but thought to be declining across their range. Their biological and behavioural characteristics (low reproductive rates, late maturity and aggregating behaviour) make these species particularly vulnerable to over-exploitation in fisheries and extremely slow to recover from depletion.

Populations of M. alfredi have not been assessed but appear to be generally small, sparsely distributed, and characterized by very low productivity and aggregating behaviour, leaving them especially vulnerable to exploitation and with limited capacity to recover from depletion. Additional impacts from the overexploitation of manta rays include the significant economic consequences to sustainable ecotourism operations estimated to generate US$140 million annually due to the presence of manta rays (O’Malley et al. 2013). Non-consumptive utilization of manta rays through tourism can yield much larger and longer-term benefits to range states than manta ray fisheries (Anderson et al. 2010, Heinrichs et al. 2011, O’Malley et al. 2013), which are not likely to be sustainable even at moderate levels (Dulvy et al. 2014).

The prebranchial appendages (or gill plates), which M.alfredi use to filter planktonic food from the water, are highly valued in international trade. Cartilage and skins are also traded internationally. A single mature M. alfredi can yield up to 5 kilos of dried gills that retail for up to US$390 per kilo in China. Since there are no specific import-export codes for Manta spp. gill plates and trade records for cartilage and skins are generally not species-specific, international trade levels, patterns and trends cannot be accurately documented. Existing DNA tests and visual ID guides can enable informed non-experts to distinguish Manta spp. and their parts and derivatives in trade from other species.

M. alfredi are caught in commercial and artisanal fisheries throughout their global warm water range in the Atlantic, Pacific and Indian Oceans. Directed fisheries primarily utilize harpoons and nets, while significant bycatch may occur in purse seine, gill and trawl net fisheries targeting other species. The high value of gill plates has driven increased target fishing pressure for all Manta spp. in key range states, with the largest landings observed in Indonesia, Sri Lanka and Mozambique. Fisheries in other countries may also be significant, but landings data from most locations are not readily available. The recent increase in demand for gill plates has resulted in dramatic increases in fishing pressure, with many former bycatch fisheries having become directed commercial export fisheries. There are also recent reports of mantas being ‘gilled’ (gills removed and the carcasses discarded) at sea.

There have been no stock assessments, official monitoring, catch limits or management of M. alfredi fisheries in the waters of range States with the largest fisheries. Regional Fishery Management Organizations (RFMOs) have not taken any measures to minimize high seas bycatch of Manta spp. Incidental landings and discards are rarely recorded at the species level. M. alfredi are legally protected in a few countries and in some small Marine Protected Areas, but most laws protecting manta rays define “Manta Ray” as “Manta birostris”, leaving M. alfredi unprotected.

While there are no historical baseline population data, recent declines have been reported in key M. alfredi range states.

Following consideration of a taxonomic review prepared by the IUCN SSC Shark Specialist Group (Fowler & Valenti/SSG 2007), the CMS Scientific Council agreed in March 2007 (CMS SCC14) that these threatened migratory species meet the criteria for listing on the Appendices and should be considered by the Conference of Parties to CMS. Manta birostris, the other species in the genus Manta, was added to CMS Appendix I and II at the 10th CoP in 2011. Until the recent split of the genus Manta (Marshall et al. 2009, Kashiwagi et al. 2012), all manta rays were classified as M. birostris; the two species share highly similar biological and behavioural characteristics and face the same threats. 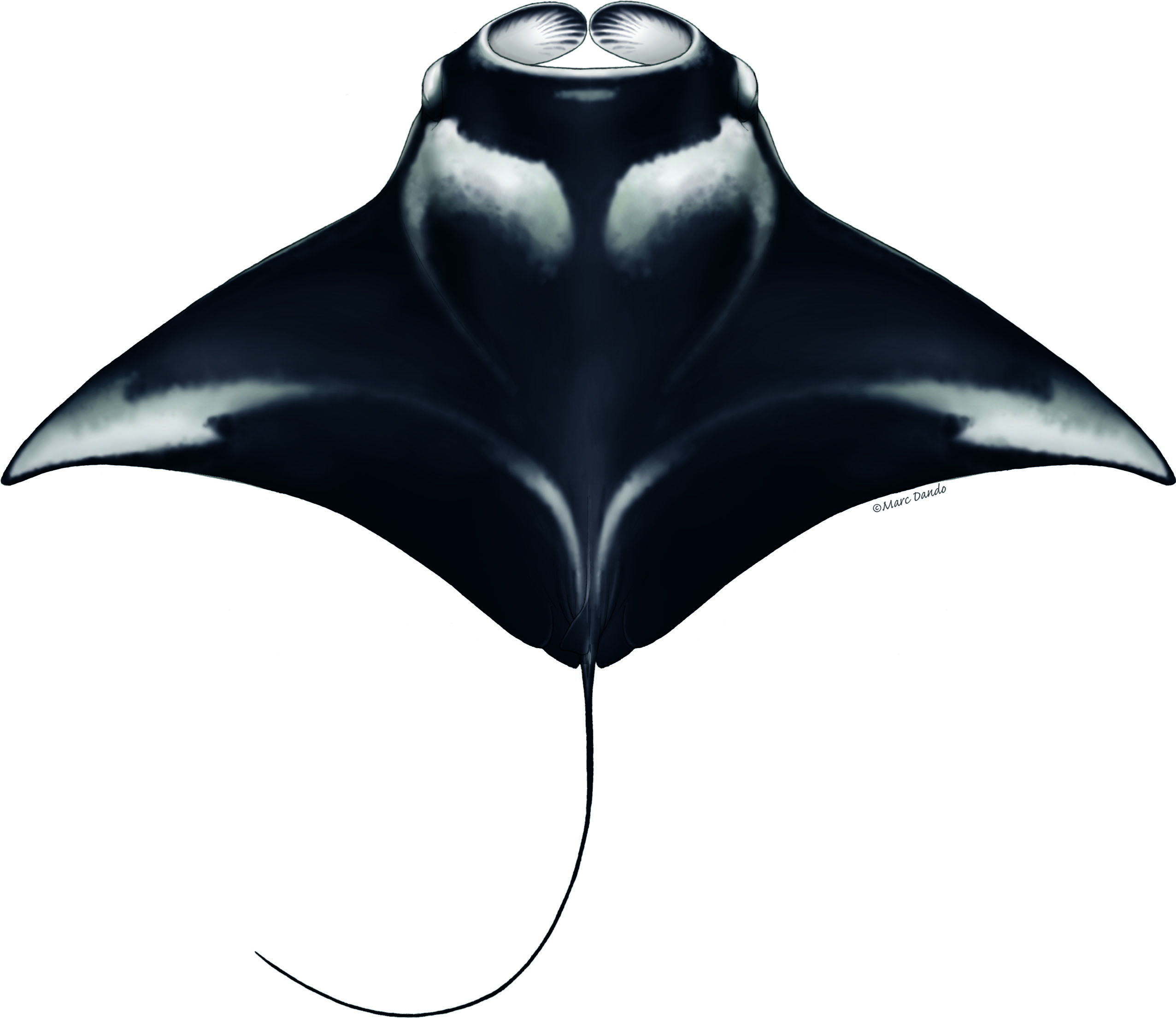