The Sharks MOU Signatories have agreed to create additional synergies and coordinate actions by collaborating with Cooperating Partners to accomplish the shared goal of achieving and maintaining a favorable conservation status for migratory sharks.

Cooperating partners are defined in paragraph 30 of the Sharks MOU as: ‘Non-Range States, inter-governmental and non-governmental organizations, or other relevant bodies and entities’.

Cooperating Partners to the Sharks MOU are expected to support the Signatories, Range States, and the Secretariat in meeting the objectives of the Sharks MOU, in particular by helping to:

a) implement the Conservation Plan as established by the Signatories;

b) widely Promote the MOU and its objectives;

c) create synergies and maximize the effectiveness of implementation of the MoU and its associated Conservation Plan;

Who are the Cooperating Partners to the Sharks MOU

Defenders of Wildlife was founded in 1947. We are a non-governmental organization focused on wildlife and habitat conservation. We believe in the inherent value of wildlife and the natural world, and this singular focus defines our important niche in the environmental and conservation community and serves as the anchor for our organizational values.

The Dutch Elasmobranch Society/Nederlandse Elasmobranchen Vereniging (NEV) has as its primary purpose: to carry out, facilitate and encourage scientific research sharks and rays and in this way add to the knowledge base necessary for (inter) national policy, management and conservation of cartilaginous fish. The main focus of the association is on the species in Dutch an EU waters (including the Dutch Overseas Countries and municipalities) and the species caught by the Dutch fishing fleet. The organization’s main areas of work include designing, conducting and supervising research on cartilaginous fish; encouraging the sustainable management of cartilaginous fish populations, sustainable fisheries, and protecting marine wildlife and sensitive habitats at both a national and international level; promoting education and awareness on elasmobranch and their environment; advising on shark and ray research, policy and management; and bringing together scientists, policy makers, and conservationists in dialogue and research efforts. 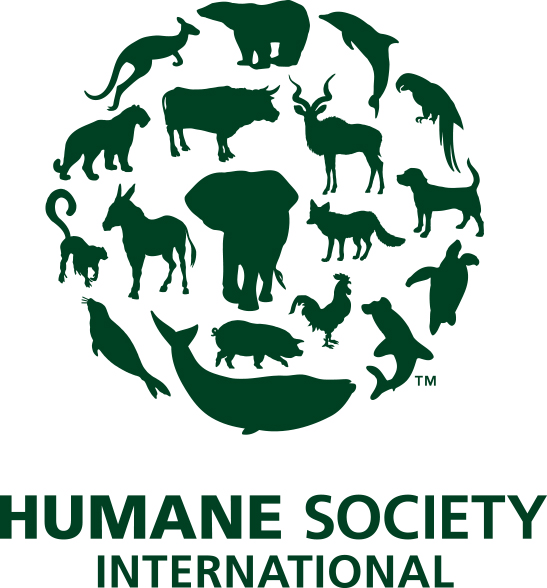 Humane Society International is one of the only global animal protection organizations working to help all animals—including animals in laboratories, animals on farms, companion animals and wildlife—and our record of achievement demonstrates our dedication and effectiveness. HSI: Celebrating Animals, Confronting Cruelty.

Founded in 1969, the International Fund for Animal Welfare (IFAW) rescues and protects animals around the world. IFAW's work connects animal welfare and conservation, demonstrating that healthy populations, naturally sustaining habitats and the welfare of individual animals are intertwined. With projects in more than 40 countries, we combine local expertise and leadership with strong international coordination and strategic partnerships to implement solutions that benefit both animals and people.

The Manta Trust takes a multidisciplinary approach to the worldwide conservation of manta rays and their habitat through robust science and research, while raising awareness and providing education to the general public and community stakeholders alike. A UK Registered Charity, the Trust brings together a number of projects from around the globe,both new and long-standing, including the Republic of Maldives, Sri Lanka, Mexico and Indonesia. By conducting long-term, robust studies into manta populations in these locations we aim to build the solid foundations upon which Governments, NGO’s and conservationists can make informed and effective decisions to ensure the long term survival of these animals and their habitat.

MarAlliance seeks to reverse the decline in marine wildlife populations, notably of sharks, rays, turtles and large finfish in the coastal and coral reef habitats of several tropical developing countries where population pressures and the need for marine resources are increasing. Our mission is to explore, enable and inspire positive change for threatened marine wildlife, their critical habitats and dependent human communities. We work at the grassroots level with a host of partners including fishers, academia, the NGO community and the private and public sectors with a focus on conducting collaborative basic science with translation of results into management and conservation action and support for relevant science-based policies.

Project AWARE is a global movement of scuba divers protecting our ocean planet - one dive at a time. Focused on two critical issues of sharks and rays in peril and marine debris, Project AWARE empowers thousands of divers in more than 180 countries to work together for a clean, healthy and abundant ocean planet. At national, regional and international level, Project AWARE is advocating shark and ray management and conservation actions that heed all available scientific advice for limiting shark and ray catches; fully protecting species listed as Endangered or Critically Endangered by the IUCN; setting precautionary fishing limits (where no advice exists) and ensuring all sharks are landed with fins naturally attached.As a cooperating partner to the CMS Sharks MoU, Project AWARE Foundation - an international NGO with offices in Australia, the UK and the U.S – is committed to conservation of migratory sharks, the spirit of the CMS Sharks MOU, and swift implementation of the Conservation Plan.

The Save Our Seas Foundation (SOSF) has supported over 300 research, conservation and education projects worldwide in over 60 countries since its inception in 2003. Sharks and rays are the primary focus of these grants, including migratory and pelagic sharks, Mantas and Mobulid rays, Angelshark, Sawfishes and Wedgefishes.The Foundation has supported the development of Species Action Plans that later contributed to CMS Concerted Actions and is a regular observer at CMS meetings. Grant recipients include several Cooperating Partners to the Shark MoU. Some of our Principal Investigators are members of the Sharks MoU Advisory Committee or the MOU Conservation Working Group

The Shark Trust was established in 1997 to provide a voice for sharks in the UK. Today, as a well-respected advocate for shark management and protection, the Trust works to safeguard shark and ray populations by advocating for science‐based conservation and sustainably managed fisheries. 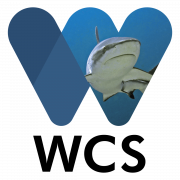 Wildlife Conservation Society (WCS)
Sharks and Rays are priority global species for WCS’s conservation work, which spans over 40 countries around the world: https://www.wcs.org/our-work/wildlife WCS has over ten dedicated shark and ray conservation programs, including within key fisheries and biodiversity hotspots in East Africa, South, and South-East Asia. Our overall vision is that sharks and rays are effectively protected and sustainably managed, delivering ecological and socio-economic benefits to people and ecosystems.

World Wide Fund for Nature (WWF) is a leading global conservation organization, with offices in more than 80 countries. Sharks: Restoring the Balance is WWF’s flagship initiative to conserve sharks and rays. Launched in collaboration with TRAFFIC in 2014, the initiative focuses on improving the management of shark and ray fisheries and tourism operations, reducing demand for unsustainable products, and moving the international trade in sharks and rays toward sustainability. The ultimate goal: make continual and measurable contributions to reducing global declines in shark and ray populations.