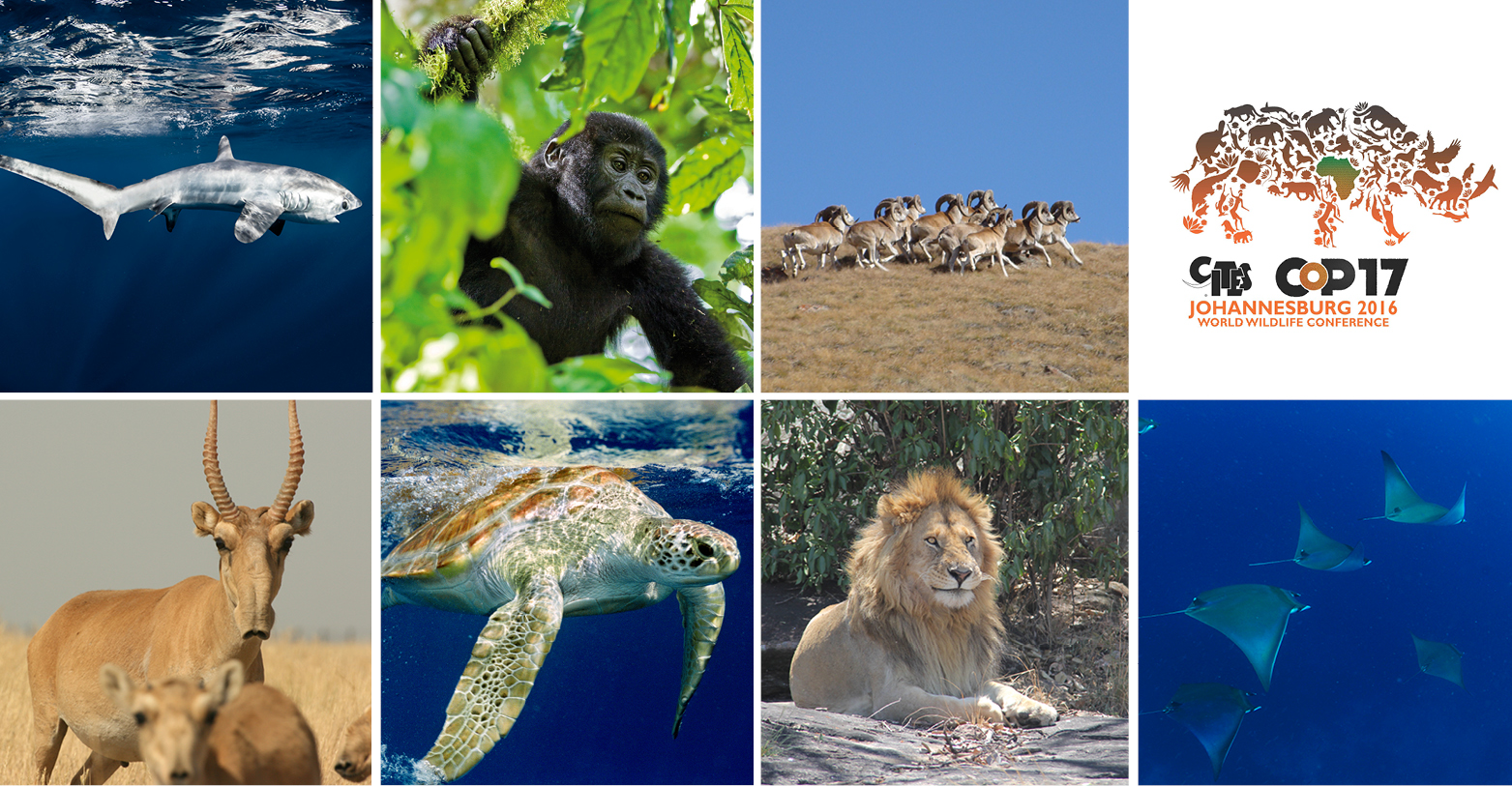 Bonn/Johannesburg, 24 September 2016 - The discussions at the 17th Conference of the Parties to the Convention on International Trade in Endangered Species of Wild Fauna and Flora (CITES) which began on 24 September in Johannesburg are of great relevance to CMS. CMS and CITES are the two major species-based global Conventions.

CMS and CITES have around 500 species in common. Of the 183 countries that are Party to CITES, 123 are also members of CMS. The effective conservation of species is a prerequisite for CITES Parties to be able to engage in sustainable trade. CMS can, therefore, complement CITES through the conservation of joint species and their habitats.

The CMS Secretariat will be represented at the CITES COP and will be participating in side events on the management and sustainable use of sharks and rays, the sustainable use of the Argali Sheep and on collaboration between CMS and CITES to conserve key species suchas the Saiga Antelope and the African Lion.

A number of species and issues on the CITES COP17 agenda are of particular relevance to CMS: 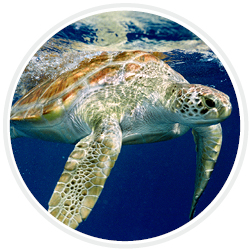 Marine Turtles: All seven species of marine turtle are listed under Appendix I of both CITES and CMS and six of the seven species are covered by the CMS Indian Ocean South-East Asia Marine Turtle MOU, which calls for targeted conservation and management actions by Parties in that region. While the taking and international trade of these animals are prohibited, there is substantial illegal trade at national and international level occurring (3% of all illegal trade in wildlife concerns marine turtles, according to the recent UN Secretary General’s report). It is therefore timely that CITES and CMS are joining forces in analyzing the illegal trade and recommending appropriate measures to address it. 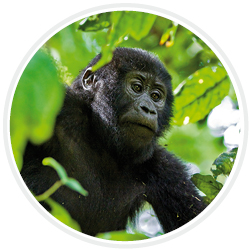 Great Apes: Gorillas are listed on Appendix I of both Conventions. In addition, the CMS Gorilla Agreement provides a dedicated legal framework for the conservation and protection of gorillas by their Range States. There has been a massive reduction in some of the subspecies of gorilla. The recent IUCN assessment on the Eastern Lowland Gorilla shows the alarming decimation of that subspecies within the Democratic Republic of the Congo due to the bushmeat trade. 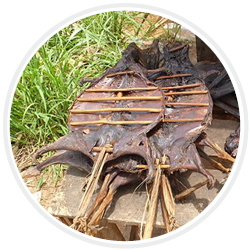 Bushmeat: Many local and indigenous communities include in their diet the consumption of meat of wild animals, usually referred to as ‘bushmeat’. Where taking of an animal is based on traditional subsistence use, CMS Parties are allowed to grant exemptions from the prohibition of such take. Over the years, trade in bushmeat has, however, reached unsustainable levels. It is therefore essential to analyze suppliers and consumers of bushmeat carefully and ensure that the right to take CMS-listed species is only granted to those that truly qualify for this exception. The CMS Secretariat therefore considers the changes made to relevant CITES resolutions as well as the recommendation to develop guidance materials in cooperation with the Collaborative Partnership on Sustainable Wildlife Management (CPW) for Parties to better regulate bushmeat trade as very timely. 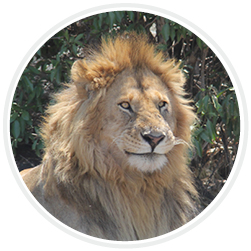 Proposal to move Panthera leo from CITES Appendix II to CITES Appendix I: This would mean that international commercial trade in lions would be practically prohibited. The main threats to lions are, however, habitat loss and human-lion conflict, which Range States of the African lion confirmed at their meeting held in Entebbe, Uganda on 30-31 May this year. This meeting was arranged following the request by CMS COP11 to review lion conservation across Africa and to work towards a listing of lions in CMS Appendix II.

The event “CMS and CITES: Advancing the Conservation of Key Species” relevant to marine turtles, great apes and bushmeat is taking place on Monday, 26 September, 17:30-18:45 hrs in Exhibition 2B. 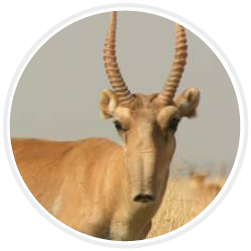 Saiga Antelope: This species is listed in Appendices II of both CITES and CMS and the work programme adopted by Parties to the CMS Saiga MOU contains extensive provisions on regulating trade in Saiga products. With the recent massive die-off of Saiga Antelope in Kazakhstan, claiming more than 200,000 animals, the control of trade and reduction in demand of Saiga products, as required by Parties to CITES and CMS, has become even more important, until the affected populations have recovered.

The event “Sustainable Use for Conservation – How CMS Can Provide a Complementary Tool to CITES” will focus on aspects of sustainable use of the Argali sheep with trophy hunting as a potential conservation measure: Thursday, 29 September, 12:00-13:15 hrs, Exhibition 2C. 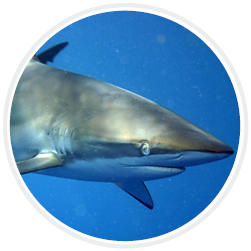 Proposal to list Silky and Thresher Sharks as well as all Mobula Rays on CITES Appendix II: This would mean that international commercial trade in these species will be regulated. The Silky Shark and thresher sharks are listed on CMS Appendix II, requiring conservation and management actions by Parties, while all nine species of Mobula are listed on CMS Appendix I, meaning that taking these animals is prohibited by CMS Parties. The 123 Parties to CITES, that are also Parties to CMS would no longer be able to take Mobula, or trade in them.

The event “Cooperation for Better Management and Sustainable Use of Sharks and Rays” will take place on Monday, 3 October, 12:00 – 13:15 hrs, Exhibition 2D.

Summary of All Events with CMS participation

CMS and CITES: Advancing the Conservation of Key Species

Cooperation for Better Management and Sustainable Use of Sharks and Rays

Flyer Sustainable Use for Conservation