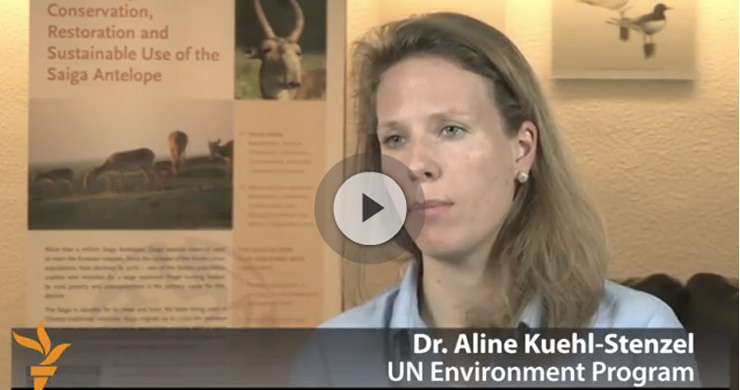 Dr. Aline Kühl-Stenzel interviewed on the Saiga sudden die off

Around 40 percent of the critically endangered Saiga antelope have died in Kazakhstan in the last couple of months. In Kazakhstan, a lack of public information has led to widespread speculation that the die-off is connected to fuel spills after failed launches of Russia’s Proton-M rocket from the Baikonur Cosmodrome. Western scientists say there are no data to support this – but have so far failed to discover what is behind the catastrophe. (Ray Furlong and Svetlana Glushkova of Radio Free Europe/Radio Liberty Kazakh service)