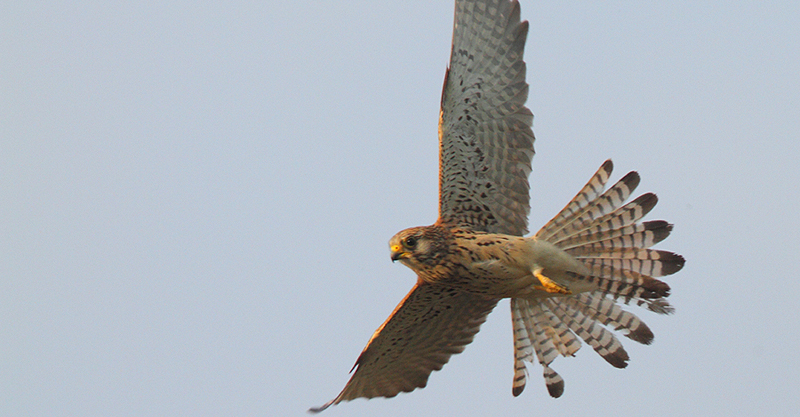 Abu Dhabi, December 2019 - A review of how Signatory States are implementing the CMS Raptors MOU is showing the way forward, while also highlighting the many actions already taken at the national level to improve the conservation status of migratory birds of prey throughout the African-Eurasian region.
A total of 60 Range States — out of 131 — have already signed the CMS Raptors MOU. The international agreement covers 93 species of migratory birds of prey and owls. Signatories have committed to implementing an Action Plan, annexed to the MOU, which stipulates a host of measures at national, regional and international levels. The Coordinating Unit for the Raptors MOU based at CMS Office – Abu Dhabi is currently leading a full review of the Action Plan with findings, in the form of a progress assessment and recommendations for the future, pending publication in 2020.
“We’ve reached out to Signatory States, and all other countries covered by the Raptors MOU, to gather information from governments and other stakeholders in order to compile an up-to-date picture of completed, ongoing and planned raptor conservation activities in the African-Eurasian region,” said Nick P. Williams, Head of the Coordinating Unit. “Eighty completed questionnaires have been received so far, representing a large collection of valuable information about the steps taken,” he said. “Detailed analysis of these responses will enable us to propose revisions and updates to the MOU Action Plan so that it can be used even more effectively to address the many threats facing migratory birds of prey in the region.”
Already, the survey shows that advances are apparent in several key areas such as improved legislation, number of protected sites, awareness-raising and scientific research. Several Species Action Plans for particular birds or groups of similar species have been elaborated at the national or international level, including two led by the Coordinating Unit and adopted by the CMS Conference of the Parties: a Saker Falcon (Falco cherrug) Global Action Plan (SakerGAP, 2014) and a Multi-species Action Plan to conserve 15 species of Old World vultures (Vulture MsAP, 2017).
Much more needs to be done, however. One of the central tenets of the MOU is that Signatory States will develop national or regional raptor conservation strategies within two years of signing. These strategies are extremely important because they translate the wide range of conservation activities established in the MOU Action Plan into clear and focused priority actions to be implemented at the national or regional levels.
Although Switzerland is the only country that has submitted a national strategy so far, several other countries are in the process of developing their strategic documents, so more submissions are expected in the coming months. In an effort to assist Signatories in meeting their obligation, the Coordinating Unit has published Guidelines, proposing a structured approach to developing the strategies.
“Birds of prey provide essential ecosystem services and are key indicator species, highlighting the health or otherwise of our environment,” said Mr. Williams. “These are just two of the many reasons why we must take all necessary steps to protect raptor populations. We look forward to supporting enhanced conservation efforts by the Signatories and from all Range States in order to ensure the long term well-being of this spectacular group of birds.”
A number of important conservation initiatives have resulted from the productive and successful collaboration between CMS Office – Abu Dhabi and Environment Agency – Abu Dhabi since 2009 when the Office in the United Arab Emirates was first established. The vision and strong long-term support of Abu Dhabi’s government, combined with the rich scope of a United Nations forum, is supporting the conservation of raptors and other migratory species, and promoting the well-being of associated human communities, to achieve the United Nations Sustainable Development Goals.
Read more about the unique partnership between CMS, EAD and the UAE, the establishment of CMS Office - Abu Dhabi and its achievements over the past decade here.