Nagaland - Falcon Capital of the World 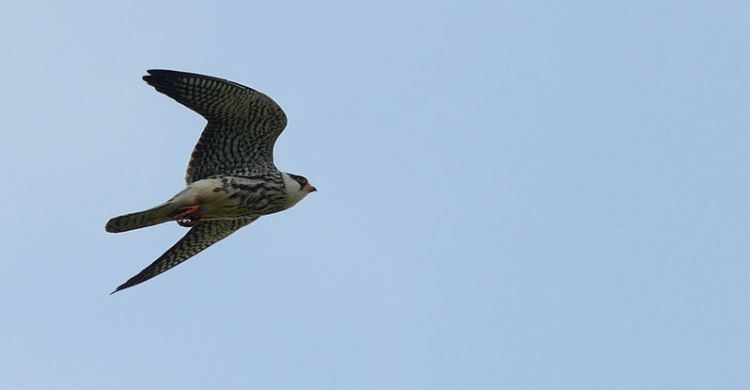 Bonn-Abu Dhabi, 6 November 2013 - Earlier this week an international team of ornithologists counted over 1 million Amur Falcons entering a night roost near Wokha in Nagaland.  Nick Williams, Head of the Coordinating Unit of the Memorandum of Understanding on the Conservation of Migratory Birds of Prey in Africa and Eurasia (Raptors MOU) said, ‘This is by far the largest and most spectacular roost of any species of falcon ever seen anywhere in the world, it represents a unique and irreplaceable part of the rich biodiversity of Nagaland’.

Last year, Nagaland, a small State in NE India made global environment news for the wrong reasons.  A hard-hitting campaign by Indian conservationists published graphic video images to expose a mass harvest of Amur Falcons – a small but long distant migrant bird of prey that breeds in Eastern Russia and China, and annually flies around 22,000km all the way across Asia, over the Indian Ocean to wintering grounds in Southern Africa.

The six-person specialist team is in Nagaland as part of a joint initiative to capture and tag three falcons with satellite transmitters.  Hosted by Nagaland Forest Department, ornithologists from the Wildlife Institute of India, MME/BirdLife Hungary and the Raptors MOU planned their visit to Nagaland to coincide with the annual arrival of Amur Falcons in the State.  The falcons spend about one month there every autumn where they feast on insects to gain fitness for their immense onward journey to Africa.  The project aims to provide new insights into the ecology of the Amur Falcon, particularly during its short stay in Nagaland and subsequent traverse across India.  It should also provide the Nagalese people with knowledge about the origins of their annual falcon visitors.