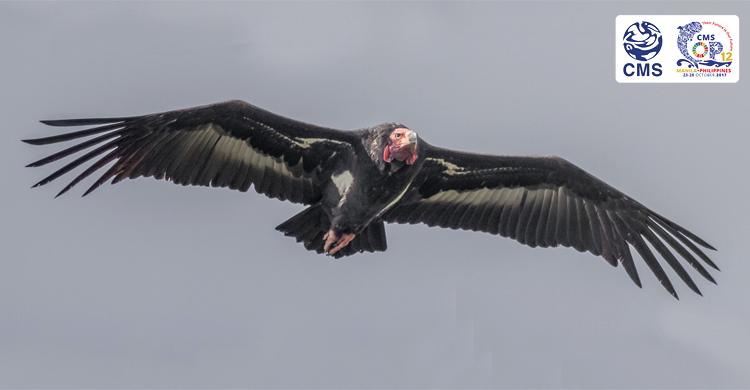 28 October 2017, Manila, Philippines – Parties to the Convention on Migratory Species (CMS) have today taken two momentous decisions to promote the conservation of Old World vultures.   During the last week, almost 100 countries from across the globe have gathered for the 12th Meeting of the Conference of Parties (COP12) to CMS, which has been hosted by the Government of the Philippines at their flagship Convention Centre in Manila.

Vultures are truly spectacular birds.  They are Nature’s garbage collectors and provide critical ecosystem services, cleaning up carcasses and other organic waste in the environment, thus reducing the spread of dangerous diseases.  By doing so, they provide highly significant economic and human health benefits.  Unfortunately, vultures are under extreme pressure from a range of human activities and are one of the most threatened groups of birds on earth.

In the last 30 years, drastic and widespread population declines have been observed, beginning with the catastrophic collapse of species in South Asia, followed more recently by a similar crisis on the African continent.  Most species of Old World vultures are now classified as either Endangered or Critically Endangered at global level on the IUCN Red List. 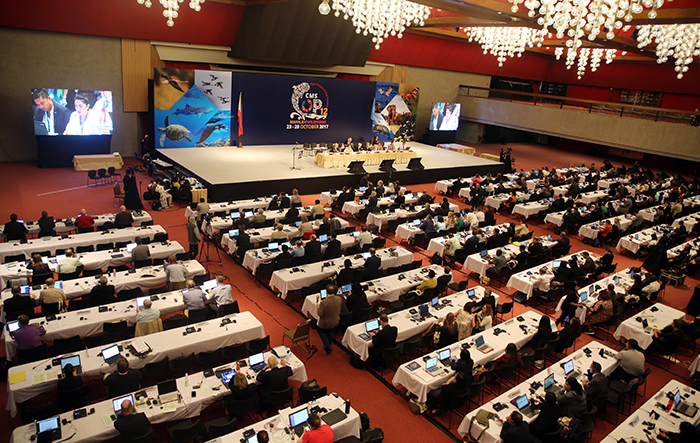 It was against this backdrop that CMS Parties established the mandate for the Vulture MsAP at their previous Conference of Parties (COP11) held in Ecuador in November 2014.   The Vulture MsAP covers 15 species of vultures, which occur in 128 Range States in the African-Eurasian Region.  The plan aims to rapidly halt current population declines, reverse these trends to bring the conservation status of all 15 species back to a favourable level, and to provide management guidelines applicable to all Range States.

A highly collaborative approach was adopted during the development of the Vulture MsAP.  Questionnaires were circulated to all Range States seeking up-to-date information about the status, distribution and threats to vultures at a national scale.  Three Regional Coordinators were established covering Africa, Asia and Europe, and an Overarching Coordinator was hired to bring these three components together into a single comprehensive and cohesive plan.  Five Workshops were held in four different countries on three separate continents, with the participation of over 250 government representatives, vulture experts, conservation managers and other stakeholders.  The 2nd Draft of the Vulture MsAP was subject to a month-long Public Consultation Exercise.

The Vulture MsAP identifies poisoning in various forms (both unintentional and otherwise) as the main threat to Old World vultures.  But there are many other dangers that are exerting significant pressures on populations, such as electrocution and collision with energy infrastructure, lack of food availability, habitat degradation and destruction, as well as human disturbance at nesting and roosting sites.  More importantly, the plan sets out a Framework of 124 Actions to address these threats, including priorities, timelines and key stakeholders who need to be involved.

Funds are now urgently needed to enable the establishment of the international coordinating structure envisaged in the Vulture MsAP, and to implement the most essential actions in the plan.