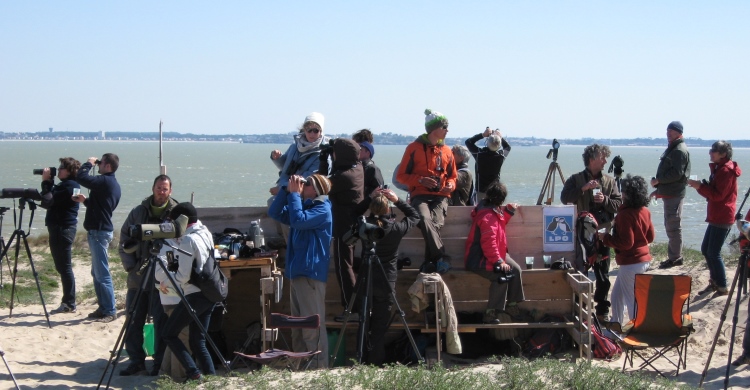 Many other events and initiatives were held around the world. For example, Nature Conservation Egypt produced an Arabic song and video to raise awareness of the threats to migratory birds as part of the GEF and UNDP funded Migratory Soaring Birds (MSB) Project, being implemented by BirdLife International within 11 countries along the Rift Valley Flyway in the Middle East and North-East Africa. Most of the species (i.e. 32 out of 37) covered by the MSB Project are migratory raptors.

World Migratory Bird Day (WMBD) was initiated in 2006 and is a global awareness-raising campaign highlighting the need for the protection of migratory birds and their habitats. Every year on the second weekend in May, people around the world take action and organise public events such as bird festivals, education programmes and birdwatching excursions to celebrate World Migratory Bird Day and to help raise awareness around a specific theme.

Avian migration is an absolutely incredible phenomenon. Annually, migratory birds make long, arduous and risky journeys from their breeding grounds to wintering areas and back again. Witnessing birds on migration, sometimes in huge single or multi-species flocks, can be an incredibly exciting, moving and uplifting experience for people, including those with no previous knowledge or interest in birds. Raptors, in particular, offer spectacular viewing opportunities when they collect at 'bottleneck' sites, for example, before embarking on major crossings of seas, mountains, deserts, etc. Migratory birds connect continents, cultures and communities.