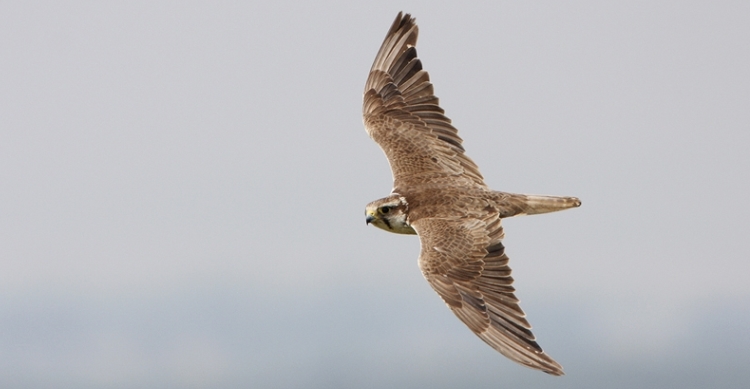 Abu Dhabi / Bonn, 23 September 2013 - International experts have taken a major step towards developing a comprehensive plan for the recovery of the endangered Saker Falcon. Over 70 representatives from different governments, nature conservation authorities and NGOs throughout the range of the species participated at the Saker Falcon Task Force - Stakeholders’ Action Planning Meeting held 9 - 11 September in Abu Dhabi. They elaborated the Saker Falcon (Falco cherrug) Global Action Plan which covers the conservation threats, challenges they face and the roles and responsibilities for the next steps.

This activity has been made possible by funding in the framework of the Thematic Programme for Environment and Sustainable Management of Natural Resources including Energy (ENRTP) Strategic Cooperation Agreement (SCA) between the European Commission - DG Environment and the United Nations Environment Programme (UNEP).

The meeting concluded that an adaptive management system for the species will include positive conservation action on the breeding grounds to enhance the population, enhanced monitoring, and a framework for legal harvest of the species.  Information gaps were identified and a research programme is being developed to address them.

The meeting recognized key threats to the Saker Falcon population, including:

In addition, delegates called for:

The United Arab Emirates through the Environment Agency – Abu Dhabi (EAD), has demonstrated positive results by tackling the issue of a dwindling falcon population by engaging falconers, promoting the network of specialised falcon hospitals and the rigorous training of border control officers and enforcement agencies. Its contributions to conserving this species include

The Saker Falcon Task Force operates under the auspices of the Convention on Migratory Species (CMS) Memorandum of Understanding on the Conservation of Migratory Birds of Prey in Africa and Eurasia (Raptors MOU). The Coordinating Unit of the CMS Raptors MoU is hosted by EAD, on behalf of the Government of the UAE.