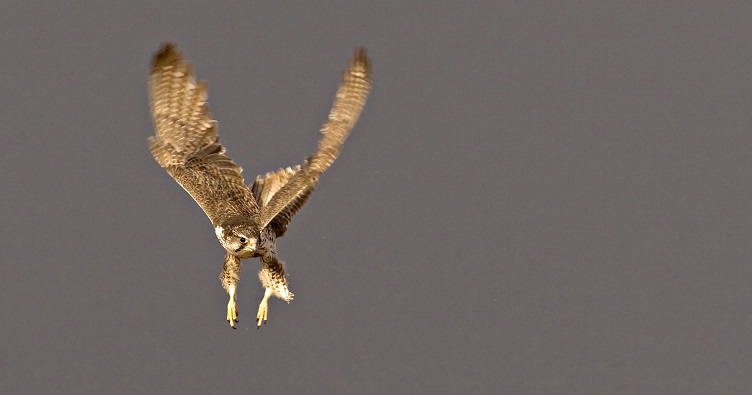 Abu Dhabi, 27 April 2018 – The Coordinating Unit of the Raptors MOU welcomed the opportunity to actively participate in the Summit for the Flyways on 23-26 April at Yas Island, Abu Dhabi.  The summit was hosted by the International Fund for Houbara Foundation and convened by BirdLife International.

The programme was focused on showcasing the critical importance of international cooperation, collaboration and coordination of bird conservation activities to combat the many threats to which migratory birds are exposed along the major flyways of the world.  Key sessions included flyway conservation and the energy sector, and the widespread threat of illegal killing of migratory birds.  Alongside BirdLife International, the Vulture Conservation Foundation and IUCN SSC Vulture Specialist Group, the Coordinating Unit co-organised a whole day session on Implementing the CMS Multi-species Action Plan to conserve African-Eurasian vultures (Vulture MsAP); and also led another session on Conserving the Saker Falcon – Implementing the Global Action Plan.  The outcomes of the Summit were informed by the release of BirdLife International’s assessment of the State of the World’s Birds 2018; of the world’s 11,000 bird species, one in five are migratory, of which nearly 40% are in decline, with one in nine being threatened with global extinction.

More than 200 participants from over 70 countries across the world attended this inspiring event.  Delegates reinforced the importance of the Vulture MsAP, which was adopted by CMS Parties in October 2017.  A suite of potential Flagship Projects were presented with the aim of encouraging engagement, support and sponsorship to promote implementation of the action plan.  It was recognized that fast response mechanisms were urgently needed for communities and governments in collaboration to be able to effectively tackle major poisoning incidents, the most acute threat to Old World vultures in Africa.  Delegates also emphasized the need to establish a ‘community of implementers’ to bring key stakeholders together to ensure rapid, widespread and effective delivery of the priority actions in the Vulture MsAP.

The objective of the session devoted to the Saker Falcon was to advance implementation of the Saker Falcon Global Action Plan (SakerGAP).  Participants were given a concise overview of the action plan, its opportunities and challenges; an outline of the draft SakerGAP Summary Implementation Plan 2018-20; and the concept of sustainable use of the Saker Falcon was introduced.  The session was opened by H.E. Mohamed Al Bowardi, Managing Director of Environment Agency - Abu Dhabi and a longstanding champion of Saker Falcon conservation.  He announced the establishment of a USD 20 million Raptor Conservation Foundation, under the auspices of H.H. Sheikh Mohamed bin Zayed Al Nahyan, Crown Prince of Abu Dhabi, with initial seed funding of USD 1 million committed to address the issue of electrocution of falcons.

On hearing this announcement, Nick P. Williams, Head of the Coordinating Unit said:

This is truly monumental news and provides renewed hope that the many threats facing migratory birds of prey along their flyways can be tackled. The scale of this commitment is a game-changer, which promises major conservation benefits within the UAE, the Gulf region and far beyond.  We are deeply indebted to the UAE for again stepping forward to lead international efforts to conserve this spectacular group of birds.

The Coordinating Unit stands ready to support the development and operation of the Mohamed bin Zayed Raptor Conservation Foundation in the coming months and years to further promote the mission of the Raptors MOU to conserve African-Eurasian migratory birds of prey.