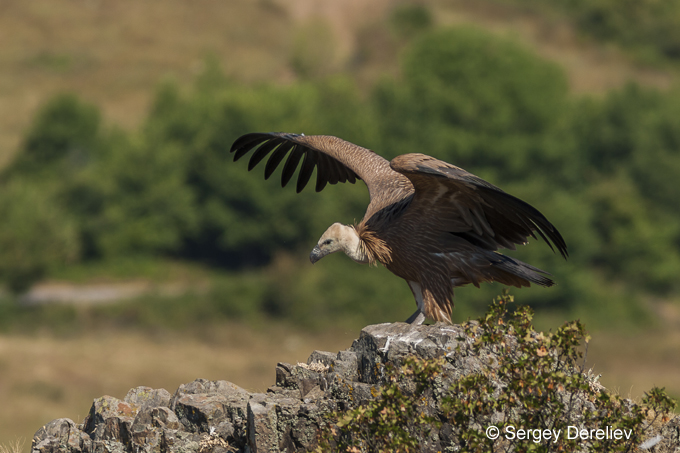 Bonn/Trondheim, 9 October 2015– A further eighteen birds of prey species have been listed at an international meeting of government representatives and experts this week in Trondheim, Norway. Seven of these species under threat are critically endangered according to the IUCN Red List.

The 2nd Meeting of the Signatories of the Memorandum of Understanding on the Conservation of Migratory Birds of Prey (Raptors MOU) was held 5 – 8 October in Trondheim at the invitation of the Government of Norway. The Raptors MOU was concluded under the Convention on the Conservation of Migratory Species of Wild Animals as a special instrument to address threats to these species.

Countries agreed to list twelve vulture species, including the Hooded Vulture, White-rumped Vulture and the Lappet-faced Vulture, to Annex 1 of the agreement as a response to the current African Vulture Crisis. Vultures are suffering serious declines caused by illegal take and trade, and poisoning with toxic chemicals, which present serious risks to human health too.

CMS Executive Secretary Bradnee Chambers said: “Vultures are nature's garbage collectors. These scavengers prevent the spread of disease and thereby directly protect human health.  In order to prevent yet another crisis, we must preserve animal and public health in Africa by maintaining this unique self-purification capacity of Nature. In Norway, countries agreed this week on a coordinated international response led by the CMS Raptors MOU to tackle the African Vulture Crisis.”

Efforts to stop the dramatic decline of vultures were supported by Iran which announced its decision to ban diclofenac, a drug which almost wiped out vulture populations in India.

The development of a Multi-Species Action Plan for all Old World Vultures was initiated to halt the decline of vulture populations.  The initiative to develop priority species action plans via the Raptors MOU is also included in CMS Resolution 11.14 on Migratory Birds and Flyways.

Illegal killing, taking and trade, conservation action for the Egyptian Vulture, as well as national and regional raptor conservation strategies were on the agenda.

The Chair of the meeting, Øystein Størkersen, Norway, said: “There is room to be more proactive, especially in specific fields, such as involving different sectors in addressing the key threats to migratory raptors. We shall reach our goals by building the palace stone by stone.”

Countries that have signed the MOU have agreed to worktogether to better protect vultures, eagles, hawks, falcons and owls. At the meeting, Comoros added its signature bringing the number of Signatories to 53.

2nd Meeting of the Signatories to the CMS Raptors MOU

The Convention on the Conservation of Migratory Species of Wild Animals (CMS) aims to conserve terrestrial, aquatic and avian migratory species throughout their range. It is an intergovernmental treaty, concluded under the aegis of the United Nations Environment Programme (UNEP), concerned with the conservation of wildlife and habitats on a global scale. There are now 122 Parties including the European Union to the Convention.